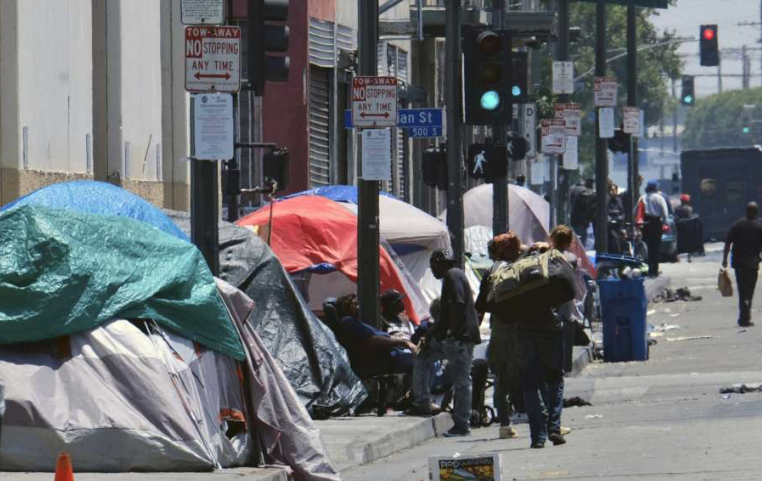 RANTZ & RAVEZ- Talk about throwing more and more tax money down the drain with little improvement to the ever-increasing homeless population in Los Angeles and beyond!

RantZ & RaveZ readers, I have some really bad news for you which is no surprise to me and others who have not and no longer trust our government leaders in Los Angeles, LA County and Sacramento. Here’s what’s wrong:

Reason #1.  They are untrustworthy. We are told to support a bond measure and or a tax increase or some new law and the results are always the same. More money comes out of our pockets, yet we see little to no improvement with regard to the situations we and our families live with every day.

Reason #2.  It’s obvious to the naked eye: All you have to do is look at your neighborhood to see how bad things have gotten with the homeless and their trash and crap everywhere. Everything from the stolen shopping carts to all the junk they carry around and store on corners and bus stops and other public and private places.

Reason #3.  The homeless situation is completely out of control in LA and is not getting better even with all the “promises” and “fixes” the LA City, County and California state officials have implemented to remedy the matter. We all want to see Los Angeles and California return to a state where we have clean communities with no homeless crapping on sidewalks, living here and there, starting fires and collecting stuff they store on public property.

The Los Angeles City Controller, looking for his next political run, just issued a report stating that the millions upon millions of dollars the city has spent on homeless outreach and related programs have basically gone to waste. Yes, waste. The results are depressing. The money is gone while the problem continues to grow with no end in sight under current city, county and state leadership, if you want to call it that.

I have stated over and over that many of these elected leaders are out of touch, with no remedies for solving the exploding problem of homelessness throughout California and, in particular, Los Angeles – a place that was once the pride of America and the entertainment capital of the world.

Here are the facts: A scathing Los Angeles audit that was released on August 28, 2019 finds that there are deep operational failures at the top of the Los Angeles Homeless Services Authority. LAHSA is the organization funded by your tax dollars to address and handle the homeless situation in our city. The agency receives millions and millions of dollars that we provide with our increased taxes -- taxes specifically earmarked to address the homeless situation. But what improvements are there to show for these expenditures? With a staff of over 800 employees, LAHSA has the funds to do the job they are paid to do. However, their results are a joke. But the joke is on all of you who voted for increasing taxes and fees to address the problem in LA.

Mayor Eric Garcetti stated that he takes “full responsibility” for the homeless crisis in Los Angeles. With that statement and the authority of the Office of the Mayor, the situation we see falls directly on his lap to handle. But to this date, the matter just gets worse day by day.

The Mayor’s latest plan to employ the homeless to pick up trash (mostly the trash they deposit on the sidewalks and streets themselves). This is just another example of how out of touch he and his office have become.

When the City of Los Angeles tries again to push another tax increase on you to address the homeless crisis, remember how they wasted millions and achieved such dismal results. This is reflected in the recent city audit.

Will the Los Angeles homeless problem ever improve? No, not under this administration, no matter how many more tax increases they ask for. It will only improve when the police are permitted to do their job by addressing the public safety issues. City Attorney Mike Feuer needs to stop settling homeless lawsuits, case after case, brought by homeless advocates. He should start doing his job of protecting the residents and taxpayers who put him into office in the first place.

There is a solution to this matter. It is called 5150 of the Welfare Code. More on that in future RantZ & RaveZ.

That’s it for now.