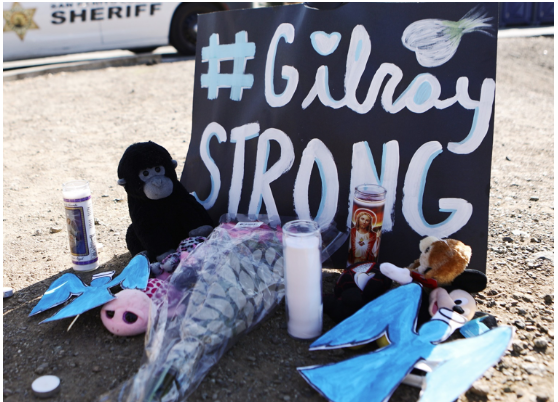 GILROY SHOOTING FOLLOWUP--California has some of the country’s strictest gun laws, but a mass shooting at the Gilroy Garlic Festival last month has lawmakers looking across state lines in hopes of creating a stronger buffer zone.

In a letter to Nevada State Assembly Speaker Jason Frierson (D) and his colleagues, 27 Democratic legislators from California raised concerns about the fact that the Gilroy shooter had bought the gun used in the July 28 attack in neighboring Nevada, where it is easier to purchase a firearm.

To address the problem, the California lawmakers suggested holding a legislative summit where leaders from both states could “discuss avenues for interstate cooperation on gun safety reform” and serve as a model of collaboration for other states.

The Gilroy shooter’s method of getting a gun wasn’t unusual. In 2017, the federal Bureau of Alcohol, Tobacco, Firearms and Explosives traced more than 41,000 firearms recovered in California. More than 1,500 guns came from Nevada, making the state the third-most-common point of origin, following Arizona (with 2,185) and California itself (with nearly 17,400). The flow of guns from states with loose laws to states with strict ones is a nationwide trend.

California lawmakers may want Nevada to consider a red flag law, which removes guns from people deemed a public threat. A study published this week found that California’s 2016 version of the law may have already been effective at preventing mass shootings.

They may also want Nevada to consider cracking down on assault weapons. The military-style AK-47 used by the Gilroy shooter cannot be legally purchased in California or imported into the state.

Frierson has not yet publicly responded to the letter or to requests for comment. This is prime time for Nevada state to take up gun control legislation, as 2019 marks the first time in nearly three decades that both of the state’s legislative chambers and the governor’s office have all been under Democratic control.

(Lydia O’Connor writes for HuffPost where this piece originated.)