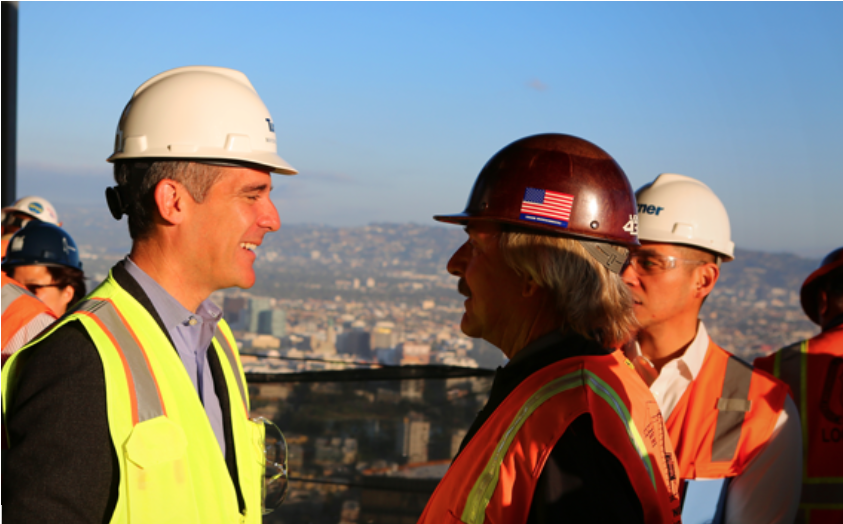 ONE MAN’S OPINION-Cassandra’s always see the seeds of destruction and warn of the need for change.

The Bible similarly is rife with prophets warning of the need to repent, which basically meant the society had turned criminogenic. The first great societies in Genesis were Sodom and Gomorrah which were ruled by four judges named Liar, Great Liar, Forger and Perverter of Justice.

What was the greatest sin of Sodom?

Answer: The destruction of the homes of the poorest people so that the rich could build fancy palaces. Then the rich criminalized homeless people whose homes had been destroyed. Wait, No, that wasn’t Sodom; that is Los Angeles.

As is visible on Google maps, 1719-1731 North Whitley is a nice two-story apartment building, where the entrances face a courtyard. It has 40 units and since it was constructed before 1979, it is rent controlled. When it is ceases to be rent controlled and is turned into a boutique hotel, about 100 people will be kicked to the street. While the names of the people who will become homeless are not known at this time, we know that Garcetti’s Manhattanization of Los Angeles has evicted so many poor people from rent-controlled apartments that we have a homeless crisis. Garcetti did not invent homelessness; he just capitalized on upon it for fun and profit.

The reason poor people are treated like vermin in Los Angeles is the same that Troy fell, that Sodom and Gomorrah were destroyed, and we broke away from Great Britain. Power tends to corrupt, and corruption destroys. Any society that targets the homes of the poorest to benefit the wealthiest is criminogenic. A society has turned criminogenic when its government makes certain that rampant abuse of the poor continues unabated.

(2) Outlaw spot zoning: The term “spot zoning” itself should be outlawed because it conceals reality. Spot zoning means that land use decisions are not based on law but on extortion and bribery. A developer may build anything he wants provided he can strike the right balance between the councilmember’s extortion demand and the bribe which the developer is willing to pay (some incorrectly call this capitalism: it’s corruptionism). When they reach a deal, this the area where the developer wants to build is re-zoned.

(3) Create a grass roots movement to expand sensible rent control (some rent control can be really stupid and amount to land theft). It is a fraud on the public to pretend one wants to repeal Costa-Hawkins (which prevent cities from having rent control) while doing nothing to help pass its repeal.

(4) Pass an ordinance requiring that when a rent-controlled apartment building is destroyed (by demolition or conversion to hotel), the new place may have only one third the density of the rent-controlled building. Thus, 1917-1931 N. Whitley would be limited to 13 units. If a developer were willing to limit his new building to one third the density of the rent-controlled building, then he would be allowed to do so. However, no spot zoning would be allowed. If zoning keeps density low in the area, the developer would not buy it, destroyed it, and replace it with a ten-story hotel.

There is one reason Garcetti has never allowed the city council to consider protecting poor people from the avarice of his developer buddies: LA has become a temple to criminogenics. The entire city operates on the basis of a criminal vote trading pact which Penal Code §86 criminalized.

If Garcetti’s LA were not criminal to its very core, the housing prices would be significantly lower. When developers know that they can build whatever they want since the city operates on the basis of extortion-bribery -- two sides of the same coin -- a developer will pay an unreasonably high price for a property. In turn that drives up the prices for all nearby properties. If Garcetti’s LA were not criminogenic, developers would not pay such high prices.

Garcetti knows that his criminal vote trading racket makes 40 rent-controlled apartments valued as if they were ten-story hotels. He knows that people will be evicted, and a considerable number will become homeless; an unnecessarily high number of them will die due to living on the streets. Just as the four wicked judges in Sodom did not give a damn about the poor, Garcetti’s LA has no use for the homeless except to use them as pawns in his PR games to give more money to the 1%. (Measures HHH and JJJ.)

Do not expect Garcetti, the LA City Council or the criminogenic courts to cease their evil ways. Eventually the entire empire of greed, theft, and criminality will collapse.

(Richard Lee Abrams is a Los Angeles attorney and a CityWatch contributor. He can be reached at: Rickleeabrams@Gmail.com. Abrams views are his own and do not necessarily reflect the views of CityWatch.) Image: Harvard Gazette. Edited for CityWatch by Linda Abrams.