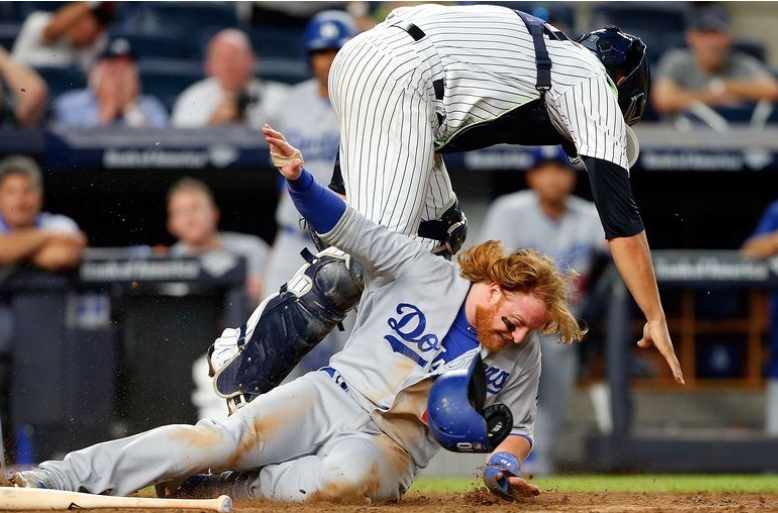 TALKIN’ BASEBALL-According to ESPN, attendance for Major League Baseball games are down for the fourth straight year.

To try and increase interest in this wonderful game whose measured pace of play may not be suitable in today's digital age, Major League Baseball held two games in London Stadium, England, on June 29-30, 2019. (The awful coverage on FOX TV seemed to me to be part of the problem.)

The teams were both from the American League: the New York Yankees and the Boston Red Sox. The Yankees won both games with laughable scores of 17-13 and 12-8. Showing games like this in two consecutive nights is not common. Perhaps to drum up interest, the bats and baseballs were juiced; or maybe the pitchers were told to throw like in batting practice, instead of a real game scenario.

Was MLB afraid the slow pace of the game would bore the English? In England, Cricket is the game of the land, and its DNA remains ingrained in the legacy of American Baseball. Cricket games can last 3.5 hours with a 45-minute break, so the English are accustomed to a leisurely paced game.

MLB’s latest move to increase interest in the game is its recent announcement of holding a game in the baseball field in Iowa used for the Hollywood movie Field of Dreams, now scheduled for August 3, 2020. Again, two American League teams will participate. Again, it will be the Yankees, but this time the opponent will be the Chicago White Sox.

The New York Yankees is a storied franchise in MLB, winning more World Series than any other team. Over the years, it has been called the “best team money can buy.”

But why are the New York Yankees featured in both these unique location games? Is it because the MLB, with its offices on Park Avenue in New York City, cannot see past the Hudson River to the rest of the country?

If Major League Baseball wanted to make a British and American connection, what better team could have been on the London field with the Yankees than the Dodgers, coming from LA, the city of current, up-to-date manifestations of the digital age? Los Angeles is home to Hollywood, the city of invention and reinvention, home to the Apollo moon launch and Space X, a city not mired in the past, and the hometown of Meagan Markle, now the current Duchess of Sussex.

There were no two better teams than the Dodgers and the Yankees to put on an intense show of rivalry in London; this would have been better than the pillow-throwing contest the Yankees had with Boston. There is a long, hard fought and bitter, almost mythical rivalry between the Dodgers and the Yankees. Representing the two top cities in the U.S., this matchup would have spiked interest in Britain and here, as fans watched them go at it for the glory.

For the “Field of Dreams,” Major League Baseball didn’t look past the Mississippi River as it chose the Chicago White Sox, founded in 1894, a younger team than the Dodgers. And what greater P.R. for the game could there have been than to have the team from LA play a game in a field built by a Hollywood movie studio?

Major League Baseball is floundering due to a lack of interest in game in America. Its TV coverage, based on models for football and basketball, is not working. Selfishly, to remedy the situation they look inward to their New York office and stadium, and through their prejudice against the new and the West Coast. In baseball parlance, this blows their run-scoring possibilities. MLB has left not only men on base, it has left the game itself on base, striking out, looking, on three pitches.