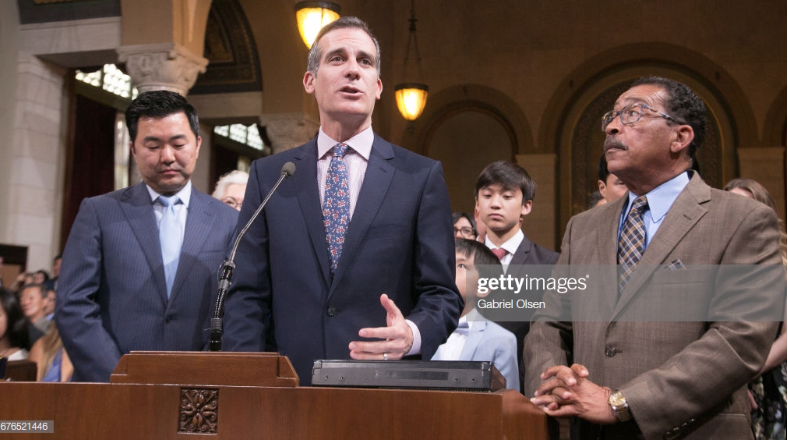 ALPERN AT LARGE--I realize that most people reading this find it booooooring, and imagine how those who never read, care about, or know of CityWatch feel, but the Policies and Procedures Chapter 1A is a grand document that most mere mortals, including the City Council, would never try to read.

Which is a pity, because those neighborhood advocates who HAVE read it are freaking out.

After hundreds of pages, and after being told it's NOT supposed to be circulated for public comment, and after being promised that protections to preserve local City Council oversight of variances and density zoning laws would still exist ...

... it appears that--either with City Council knowledge or without--the City Council is going to cede all authority to the Mayor and his unelected Planning Director Vince Bertoni.

Notices to neighbors? So 20th Century.

Neighborhood Council PLUM Committees and input? Who cares about that--they're all NIMBY's, anyhow?

City Councilmembers fighting for their constituents? Out of the loop.

But don't take MY word for it. Ask your City Councilmember if he/she knows that Chapter 1A of the Policies & Procedures Amendment is a monster power grab, and it's NOT corrected to protect local Councilmember/Neighborhood Council oversight.

And brought to you by Mayor Garcetti, supporter of SB 50 and thwarter of all attempts to preserve a rule of law (including environmental law) in the City of Los Angeles and the State of California.