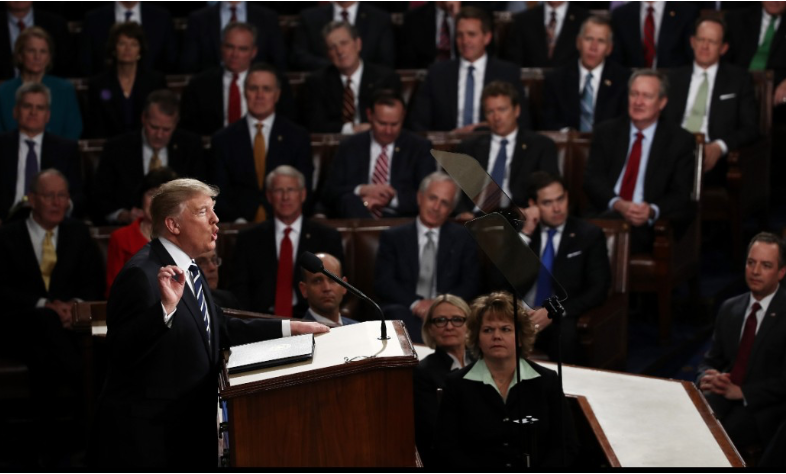 ALPERN AT LARGE-Believe it or not, President Trump and both the Democratic and Republican Parties are actually focused on a few issues that are of benefit to the American People ... and are delinquent on two key "radioactive items":

1) The cost of prescription medications

2) A lack of action on our burgeoning debt

... didn't you already think that about 48 hours earlier, before the Mueller testimony?

... and after the House voted no on impeaching the President, and after an anti-BDS/pro-Israel vote to boot, that were both pretty darned lopsided, it's pretty obvious that all the stupid tweets coming from President Trump, "the Squad", and "Hollywood experts" aren't going to prove that Trump is Adolf Hitler's reincarnation or that he's going anywhere before 2020's general election.

Whether it's President Trump alienating large numbers of voters (especially female voters), or "the Squad" figuring out a way to alienate even MORE voters that President Trump with their own inane and hateful positions, most...of...us...just...DO...NOT...CARE!

But for those watching the burgeoning costs of medications that's killing many of us (literally), two issues of note are to be mentioned:

1) After trying to work and combat the pharmaceutical industry's excesses, President Trump is considering an executive order to lower the costs of Medicare prescriptions of brand-name drugs. For those willing to access this link from Reuters, it's a pretty good review of the "other drug crisis" involving prescription medications.

Because if the GOP members in Congress (many, if not most, of whom are hated by their base) are in the pockets of Big Pharma, Donald Trump and his team are not.

2) House Speaker Nancy Pelosi and other Democrats are also pushing for similar powers of Health/Human Services Secretary Alex Azar to reduce drug costs through fiat and negotiations, and for a more transparent drug pricing policy. It's not hard to conclude that their proposals and those of President Trump are VERY similar.

Some want to focus on enabling generic drug creation, and some want to slam down the prices by tying them into the amount that Canadian and European countries pay. Are many Democratic members in Congress saying they're on board with this but won't pass anything of benefit to the American People? Maybe--but this issue is too horrible for us to ignore.

And speaking of too horrible to ignore, look at the way that the President and Congress just kicked the can down the road with regards to our national deficit, debt, and spending ceiling?

Right now, BOTH political parties are fighting over the size of the military budget and Medicare/Social Security, with some trying to be heroes by spending more or by cutting more, but the reality from the Congressional Budget Office is that Social Security and Medicare are the most in danger of cranking up the deficit and debt.

But decreased and/or smarter military spending IS essential, as well as the NEED to carefully alter Social Security into something akin to the pension plan that government officials/workers have (in other words, a REAL pension plan, and NOT just another tax into the general federal budget) ...

... but without significantly affecting seniors in their 70's and older who CANNOT, and SHOULD NOT, be expected to work more. Making the Cost of Living Adjustment (COLA) more tailored to the needs of those who are financially dependent, and/or eliminating taxes on seniors' income (for those who can work) might be all that we could, or SHOULD, do.

And, of course, there's the aforementioned Medicare drug-pricing issue to save the lives and economic stability of seniors.

And if South American countries can tackle pension reform, so can those of us living in North America. But one critical thing exists, that everyone who is "fiscally literate" knows, but which is being ignored in Washington:

IF YOU ARE YOUNG AND CAN WORK 2-3 JOBS TO MAXIMIZE SAVING FOR RETIREMENT, THEN DO IT. OTHERWISE, YOUR SENIOR/RETIREMENT YEARS WILL BE PAINFUL AND FEW.

Of course, by all means, enjoy your "Mueller Report/Impeach or Defend the President" obsession if you so wish.

But "keeping our eye on the ball" is as important to each and every one of us as much as it is for the President and Congress.

After all, they probably wouldn't focus on the nonsense if they didn't think they could make political points for promulgating it.