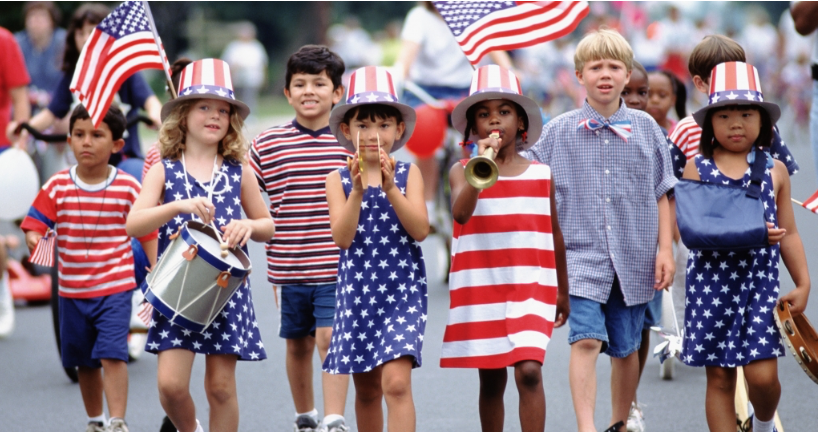 ALPERN AT LARGE-Blah, blah, blah -- we've heard all the "Debbie Downers" tell us how patriotic we are to criticize our nation...and while it's true, that stuff gets OLD.

We've got a lot to celebrate...and if we're so bad then why do so many risk life and limb to get and stay here? So, let's celebrate our nation with an Independence Day quiz!

1) The Right to Free Speech, Freedom of Religion, and Right to Peaceably Assemble is guaranteed by which Amendment to the Constitution:

3) The Right to be secure in their houses, and to be free from unreasonable searches and seizures is guaranteed by which Amendment to the Constitution:

4) The three branches of our federal government are:

5) The first designated and approved national park was:

6) The southernmost state of all 50 states is:

7) The westernmost state of all 50 states is:

8) The first state to declare independence was:

9) Who wrote the Declaration of Independence?

10) The Right to Bear Arms is guaranteed by which Amendment?

11) (Bonus Question) Who Wrote the Constitution?

(CityWatch Columnist, Kenneth S. Alpern, M.D, is a dermatologist who has served in clinics in Los Angeles, Orange, and Riverside Counties, and is a proud husband and father to two cherished children and a wonderful wife. He is also a Westside Village Zone Director and Board member of the Mar Vista Community Council (MVCC), previously co-chaired its Outreach Committee, and currently is Co-Chair of both its MVCC Transportation/Infrastructure and Planning Committees. He was co-chair of the CD11 Transportation Advisory Committee and chaired the nonprofit Transit Coalition and can be reached at alpern@marvista.org. He also co-chairs the grassroots Friends of the Green Line at www.fogl.us. The views expressed in this article are solely those of Dr. Alpern.) Prepped for CityWatch by Linda Abrams.