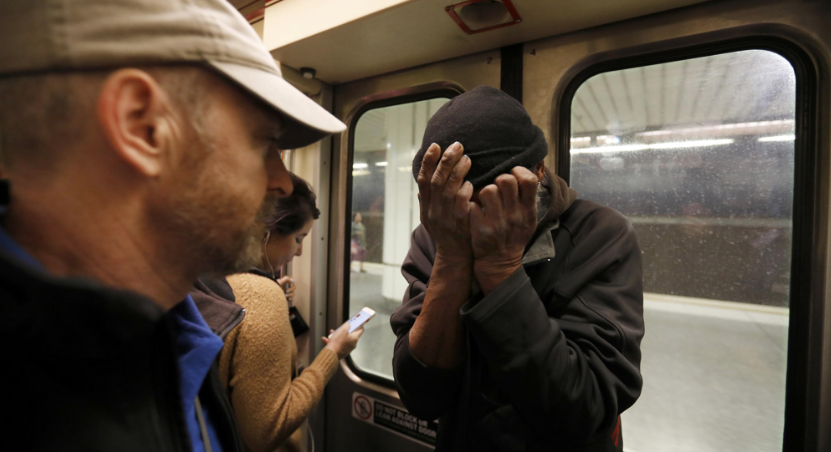 THE CITY--It’s Wednesday, and I am off to another City Hall meeting. “What’s special about today,” you might ask?

Under pressure from recent statistics reflecting the increase of the homeless by 16 percent, City Council decided to have a meeting dedicated to address homelessness in Los Angeles.

My auspicious belief that we had been off to a good start was short-lived due to the lack of transparency and accuracy in the Los Angeles Homelessness Services Authority’s (LAHSA’s) report. I must say, in general, the meeting was an opportunity for every Councilmember to voice opinions on an issue that currently affects our communities as a whole. 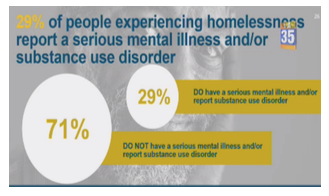 With so much to consider regarding our challenges to house our most vulnerable, I used my one minute of public comment to plead to the Council to include Mental Illness and Addiction as a part of the dialogue. Believe it or not, many people under said circumstances are not ready for permanent housing and will refuse service and shelter. If these factors are left out of the initial equation, only to be addressed at some later time, they will become harder to deal with, the way homelessness in general has been.

Here are the points addressed during the City Council meeting – points which, in my opinion, are the key to start untangling the mess we’ve gotten ourselves into

CES is a system used by LAHSA to give out vouchers and place people into Permanent Supportive Housing. As LAHSA fails to go beyond the chronically homeless definition and match other categories of homeless people into available housing, many ready to be filled units remain unoccupied.

One of the main contributing issues to this problem is the lack of communication between LAHSA and the Los Angeles Housing Authority. An effort has been made by LAHSA to create an app locating empty units, but it lacks both efficiency and accessibility. Councilmember O’Farrell committed to authoring upcoming motions to ensure better communication between the two agencies but neglected to address the real flaws of the CES.

I used to have a very hard time describing the CES to my stakeholders until I came up with this analogy: “Imagine going to the supermarket and being told there’s only one line so long it will take you two years to get to the front.” A much better application system would break it down by area.  Some people with vouchers do not use them and instead wait for housing to open up in an area where they’d like to live. Despite what the presenter reported (LAHSA’s Executive Director, Peter Lynn), I believe, based on my personal observations, that some homeless people choose to live on the streets even when housing may have been offered to them.

Other categories such as senior citizens and transitional age youth are also being overlooked, and should have a separate line, as their supportive services are very specific to their conditions. Many are not aware that foster children are not allowed to place their names on the CES list until they are 18 and physically homeless; then it takes them two years to get to the front of the line. 70% of foster care girls get pregnant between the ages of 18 and 21. By not allowing them to place their names on the list at 16, we are subjecting our foster youth to a possible life of homelessness and human trafficking. We are creating this situation.

A State of Emergency

Councilmember Buscaino had a valid point and explained quite well how declaring a state of emergency would expedite permits and cut through red tape. It’s a shame we have taken so much time to do something so small as authorizing the conversion of parking lots into “safe sleep” parking facilities. Councilmember Buscaino emphasized that the City should not be patting itself on the back and instead should focus on accountability and rapid problem-solving strategies.

Many, including Councilmember Blumenfield, inquired of LAHSA exactly what has made HHH Permanent Supportive Housing so expensive and how LAHSA could override the “high resource area” requirements. I knew the answer to the first question. Unfortunately, as I must abide by the limits of my current capacity, I kept my hand down while hoping a courageous answer would come from LAHSA’s representative, saying something like, “The City Council approved an ordinance about a year ago which made all the HHH money have to go through unions, more than doubling the cost per unit.” This was the answer I was looking for, but it was not the answer we heard from LAHSA. Instead, we were served up a typical “we are working on figuring it out” answer, when the agency announced the formation of a funds oversight committee.

How about those who are not ready for housing?

If we think the City has been moving slowly, let’s take a look at the County of Los Angeles. The County Board of Supervisors has not put any significant efforts into requiring treatment for those experiencing mental illness as of late. The UCLA project and the Consolidated Correctional Treatment Facility are 30 years too late and won't be ready anytime soon. According to LAHSA’s numbers which sometimes err on the side of modesty, 29% of those experiencing homelessness suffer from mental illness or addiction.

Councilmember Nury Martinez got to the bottom of “real reality” vs. “LAHSA’s reality” when she questioned the success numbers of the “A Bridge to A Home” (ABH) program and how the opposite scenario is reflected. The ABH is a fairly new housing program which I have publicly supported in my private capacity. Its potential has barely scratched the surface. The ABH exit numbers are currently 32%, which reflects those who were placed into housing, and 68% who were not ready for housing.  With 36,300 homeless in the City of Los Angeles we would need a 381 people sample size study to get a 95% accuracy with a 5% margin of error. Why are ABH’s exit numbers and LAHSA’s so far apart from each other?

In addition, the agency presented us with numbers showing 40% of the people who are homeless are experiencing it for the first time, and 50% of them are claiming economic hardship (which may or may not be linked to addiction). These are very impressive numbers that give basis to published articles stating the main cause of homelessness is rents that are too high. But when we take a closer look, it’s 20% of the entire homeless population who are experiencing it due to economic hardship.

Numbers and data are necessary to paint the bigger picture, but they can also be presented in a way that deflects accountability and changes public perception. Until every agency faces accountability for its part in this broken system, we will continue to neglect our responsibility to house every resident of the City of Los Angeles.

(Claudia Oliveira is a 10-year resident of Los Angeles and a board director at the Downtown Los Angeles Neighborhood Council.) Edited for CityWatch by Linda Abrams.