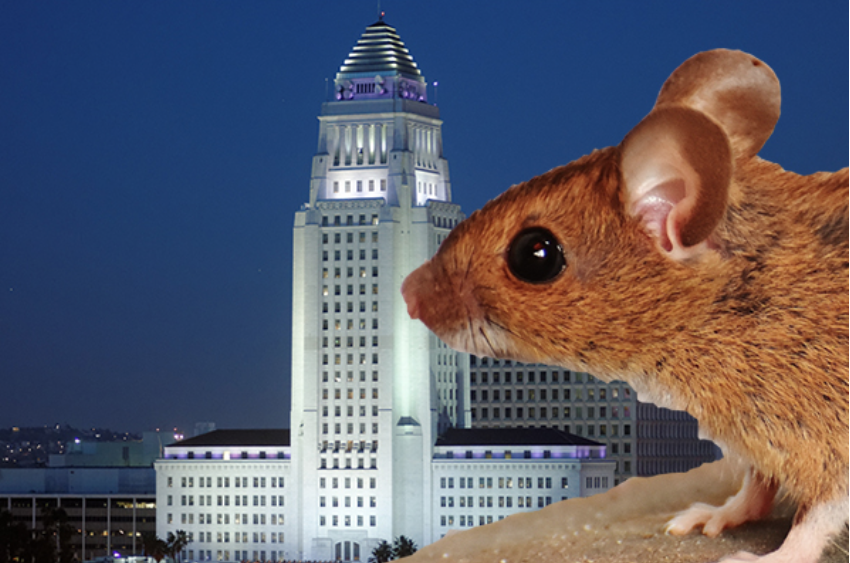 ALPERN AT LARGE--For those Angelenos who are anguished, concerned, or otherwise sympathetic towards the plight of the Third World (think of Venezuela, South Sudan, or Bangladesh), we now have a wonderful opportunity to get over our collective liberal guilt and witness our own little slice of the Third World!

Flea-borne typhus without the hassles of trench warfare? Measles making a comeback due to popular demand? The resurgence of Hepatitis A without the inconvenience of having to go abroad? Opportunities to encounter life-threatening illness without the expenses of traveling to the Dominican Republic?

Los Angeles is a major part of a new Third World state called California, replete with the delicious chaos and lawbreaking seen usually south of the Rio Grande or across the oceans. So where else would you want to go to hear mega-rich movie stars in walled-in estates tell us how to be extra nice to the homeless next to our homes?

Feces and needles on the sidewalks? Quasi-permanent homeless encampments? Law-thwarting and entrepreneurial oligarchs building expensive housing while getting breaks reserved normally for affordable housing? Small armies of woke experts and activists proclaiming the beauties of homeless rights, and as well the horrors of mass immunizations and public health initiatives?

Where else can you blame OTHER neighboring cities...who do NOT have proliferating numbers of homeless ... on those OTHER cities instead of your OWN leadership and failed policies ?

And to top it all off, the rats and other potential vectors of infectious disease do not discriminate! Even the police get to enjoy a few rodential pals ... and don't forget those rats' pet bacterial and viral contagious diseases.

Where else but ... Los Angeles!

Why ... the homeless crisis appears to be self-aggrandizing at Olympic levels! Perhaps the once and future Olympic games can include such native Angeleno events as the 100-meter homeless tent high hurdles, or bicycling marathons peppered with obstacles such as used needles and feces on our roads.

A city whose homeless issues are housed in structures held aloft by foundations of false narratives, and reinforced with lies and diversionary blame measures, and roofed by so-called political leaders who will blame you, me, our neighbors, Sacramento, Washington DC, and everyone but themselves.

Los Angeles, where the scariest rats aren't found in our piles of trash and miserable homeless population ... but in City Hall itself.