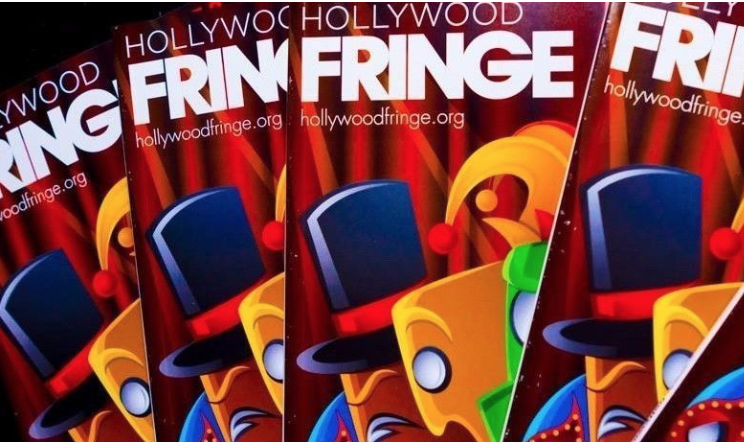 GELFAND’S WORLD--It's time once again for the Hollywood Fringe festival and this year, CityWatch will be ramping up its coverage with at least two reviewers following the action.

The Fringe invites all manner of live performance, ranging from serious drama to comedy to musical reviews. My opening experience during preview week was to revisit a comedic troupe with a distinguished past, the Four Clowns. This group has excelled in physical comedy which often spills over into serious thought, particularly when it has done works by Shakespeare or delved into the history of the famous neurologist Duchenne.

This year's Fringe effort is a bit different. Shakedown at the Dusty Spur is nominally about a family in the old west that has inherited dad's saloon and is faced with a villain who is trying to swindle them out of it. The plotline is sketchy, consisting of a series of routines that were apparently put together by the group as improv comedy. It has that improv feel to it, what with jokes based on historical anachronisms and a near-complete breakdown of the fourth wall. The plot even jumps into immersive theater concepts by involving audience members in the action.

The highlight of the show came when Elisabeth Hower, playing the schoolmarmish character Marybeth, explains that she may look prim what with her high-necked, long dress, but she knows how to have fun. She explains that she enjoys herself with -- get this -- stamp collecting. She then opens a small book with stamps and through the process of licking the stamps and interacting with the audience, reveals her inner slut. You've got to have the looks and the comedic ability to carry this off, and she does. It turns out that Hower is an experienced comedic actress with a history in television and a background in the subgenre of the comedic arts that is referred to as clown.

Performers and directors don't mean clown as in the circus, but something else. More about that below.

Tommy Fleming as the bad guy Dallas Devereaux had fun with the part. He bantered with the audience members and made sarcastic asides that were among the funniest parts of the (rather brief) evening. The ability to ad lib in a funny way is a basic element of standup comedy and was used to good effect here.

The show also has a hero, Colt McCoy, played by Jason Poston. The cast members played with the idea of the tough guy hero by doing lines that are spinoffs of the old "Chuck Norris is so tough" jokes. You know, "Chuck Norris is so tough that when he was bitten by a snake, the snake died." In this case, it was "Colt McCoy doesn't wear a watch." I won't do a spoiler of the punch line, but if you want to know, I will reveal it after the Fringe or by email.

Back to the idea of "clown" as a genre. It's obviously a subset of comedy, but the performers and directors want to make a distinction that what they do is above and beyond other forms of comedy. In practice, what we the audience experience is normal comedy that then extends to physicality and sometimes rather athletic performance. It's got nothing to do with circus clowning as best I can tell, although people who have studied Clown might disagree. In conversation, Elisabeth Hower described Clown as being like children putting on a play for their parents. 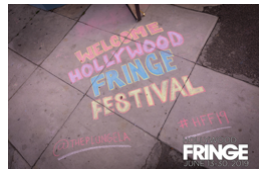 A word about the limits of Hollywood Fringe and how it bears on this production. A lot of festival performances are limited to one hour, and this includes getting the audience in and out. If I recall correctly, one of the characters in Shakedown referred to 46 minutes, which is about right in describing this show.

That doesn't leave much time for developing a storyline. Some Fringe authors manage to succeed. Others fail spectacularly. In browsing the Fringe catalog, I find that most shows range from an hour to 90 minutes.

In Shakedown at the Dusty Spur, the improv nature of the writing seems to have precluded the development of a plot that develops the inter-character relationships. It would have been interesting to see Marybeth as the prim sister develop some sparks with the villain Devereaux, even on a momentary basis. It would have provided a bit of ironic counterpoint to their otherwise hostile interaction. The storyline could also have given something of the same sort to younger sister Maybelline, with the villain playing one off against the other. It's hard to do such extended plot developments in a 46-minute format, although it would be possible to invest a minute or two in developing a couple of subplots.

The one thing that Four Clowns productions have -- over many of the Fringe performances -- is that they get talented, good looking people who can do the looks and the lines. This production even added musical numbers including some adequate instrumental bits.

Overall, this production doesn't rise to the level of, for example, the way Four Clowns has interpreted Shakespeare, but it is a good introduction to the clown school of comedy with a bunch of decent laughs.