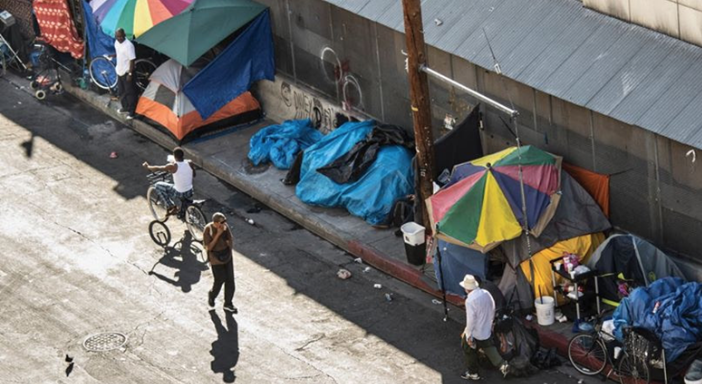 GUEST COMMENTARY--The streets in parts of Los Angeles now look like (or worse) than some of the streets I have seen in some of the poorest countries in Asia, Africa and the Caribbean that I have traveled through.

One has an excuse, what's the others?

Current leadership should resign en masse because of this. It’s time to bring in NEW leadership who will work to finally make this crisis a thing of the past!

(Earl Ofari Hutchinson is an author and political analyst and a CityWatch contributor. He is the author of the new eBook, The Second Death of Michael Jackson. (Middle Passage Press)  He is a weekly co-host of the Al Sharpton Show on Radio One. He is the host of the weekly Hutchinson Report on KPFK 90.7 FM Los Angeles and the Pacifica Network.)