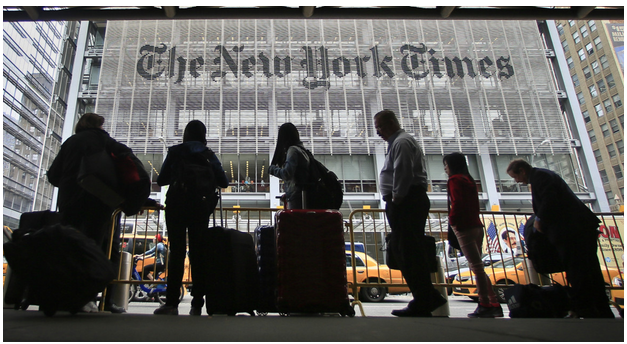 PLATKIN ON PLANNING-CityWatch has recently published several articles explaining how and why Los Angeles Times’ reporting on the state’s housing crisis is so consistently wrong.

But, there is no reason to give this paper a hometown advantage since the New York Times has repeated the same hokum that supply-side/Voodoo economics can solve California’s ever-worsening housing crisis.

The best example is Farshad Manjoo’s May 22, 2019, NYT opinion piece, “America’s Cities are Unlivable, Blame Wealthy Liberals.” His central thesis is one popularized by California Yimby, that if the State of California would eliminate restrictive local zoning rules imposed by wealthy homeowners, it would increase the supply of housing. Manjoo then argues that that this legislation, embodied in Scott Wiener’s SB 50, would address California’s increasing rates of homelessness, poverty, economic inequality, out-migration, traffic congestion, expensive childcare and education, over-priced housing, and unsanitary streets strewn with garbage and human waste. His logic is stupefying, but apparently good enough for these papers: laws that make it easier for developers to build expensive housing for the well-off also address homelessness and similar social problems.

While Manjoo’s description of California’s deteriorating cities is accurate, his explanation (zoning laws) and his solution (deregulation of zoning laws through statewide laws, such as SB 50) could not be more incorrect.

Likewise, his finger pointing at those he claims are responsible for these urban crises, Democratic Party officials who run America’s largest city with a bi-partisan governing philosophy of “Not-in-my-backyardism,” is laughable. Likewise, his portrayal of existing municipal housing policies as “nakedly exclusionary urban restrictionism” is refuted by the easily observed realities of Los Angeles, California’s largest city.

Before he spins his explanations, Manjoo correctly describes the state’s urban crises. First, California cities, like most large cities, are imploding. Los Angeles, for example, has increasing numbers of homeless people and a rat infestation. But, Manjoo conveniently fails to mention that LA also has an explosion of new, expensive housing.  It is legally permitted through generous zoning laws and two density bonus ploys that allow developers to skirt the City’s already permissive zoning laws. 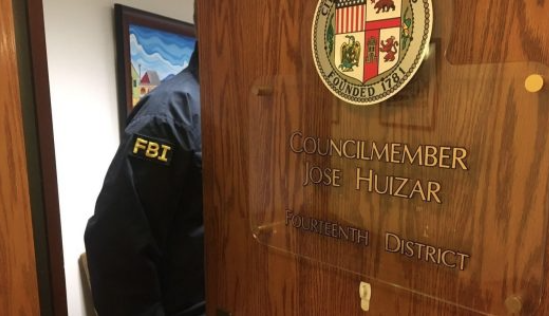 These “Democrats” are died-in-the-wool neo-liberals, which means they have the same belief in market magic as Manjoo and his political bedfellows. None of them call for strengthened government regulations (e.g., tougher rent control laws) or restoration of public housing programs to address social problems, like homelessness. Unless their jobs are at stake because of organized voter pushback, they are never the City Hall mirrors of the mythical “NIMBYs” to whom Manjoo attributes his long list of urban problems. Rather, these corporate Democrats unabashedly subscribe to the same supply-side economic theories that are Manjoo’s secret sauce to fix all that ails California.

To realize this, you only need to look at the supply-side programs they, like Manjoo, support, such as Scott Wiener’s SB 50. Since they cannot refute their opponents, like UCLA’s Michael Storper, Manjoo et al fall back on defaming them with the “NIMBY” label. Nevertheless, the supply-side critics, such as Professor Storper, correctly argue that market-based schemes, like Transit Oriented Development (TOD), do not decrease homelessness. They make it worse. Claims, such as Manjoo’s, that public officials meet the housing needs of the poor by making it easier for investors and developers to build expensive housing for the rich is utter nonsense.

I strongly suggest Mr. Manjoo visit Los Angeles and see for himself how well the programs he espouses perform when rolled out. Is all that new luxury housing trickling down to make housing more affordable, especially for those subject to rent-gouging, over-crowding, and homelessness?

In LA, Mr. Manjoo and his ilk will see a city with the following, none of which supports their market-based housing theories or finger-pointing at community groups and “progressives” as the culprits.

If Mr. Manjoo and those who are enamored by him bother to look at Los Angeles – instead of spouting nonsense about expensive housing trickling down to the homeless -- they will realize that the real culprits are officials scared of corruption investigation, not neighborhood activists who maintain that City Hall policies and programs are the real causes of the housing crisis.

(Dick Platkin is a former LA city planner who reports on local planning controversies for CityWatchLA.  He serves on the Board of United Neighborhoods for Los Angeles (UN4LA) and welcomes comments and corrections at rhplatkin@gmail.com.) Prepped for CityWatch by Linda Abrams.