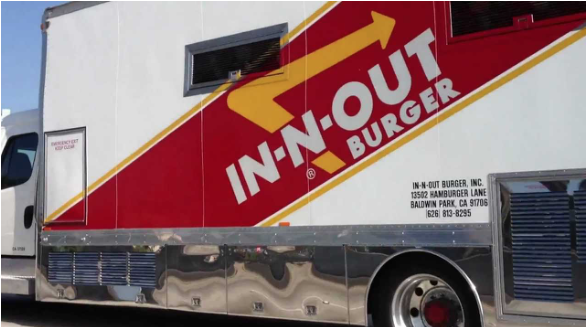 ALPERN AT LARGE--Perhaps this article should be entitled "Where's the Beef When It Comes to Ethics?" but perhaps I'm dating myself. Not everyone, particularly those born or come to adulthood after the turn of the century, would remember the "Where's the Beef?" commercials or reference.

But there ARE a few Millennials (and while I'm concerned about their education, I'm more concerned about their lack of a moral or scientific rudder based on either their indoctrination, false narratives taught to them, and/or unrealistic expectations) who saw fit to bribe a few potential voters for the upcoming Mar Vista Community Council elections.

What, you say, is wrong with offering a complimentary burger from an In-N-Out truck when you come to vote?

Nothing is wrong, if it's set up by all candidates and to encourage all voters.

Everything is wrong, however, if it's set up by only a slate comprised of a few candidates, most of whom have never been to a Neighborhood Council meeting prior to running for a Board seat, and who are as likely to resign in a few months ("In-N-Out"?) when it's learned that agendas, minutes, and outreach are all nasty, gnarly, but necessary WORK.

I've seen 'em come, and boy I've seen 'em go, when communications, accountability, and WORK are needed by Council Board members who have to balance family, work, and unpaid and often-thankless volunteer efforts. Usually in a few months, they realize how their lives have been transformed, and with virtually no support, and then they bail.

Outreach is one thing, but a quid pro quo bribery (or the appearance of a quid pro) is another.

Oh, yes--this food truck for a free burger, sponsored by several very young and inexperienced individuals (except for one who's been around for a while to committee and Board meetings) is LEGAL, but it sure as heck is NOT ETHICAL.

As we learned from a rather arbitrary Michael Lektorich from the City Clerk's office, who does a great job of enforcing some signage rules for THIS candidate but not for THAT candidate, the food truck is LEGAL.

But we'll see if the City Attorney and Ethics Commission is "OK" with this, because a few relevant and ETHICAL questions are in order:

1) What about those who don't have resources from political or personal funds to pay for their own, officially-sponsored food truck? How does that seem fair?

2) What does a free burger have to do with the issues? Does the free, sponsored burger focus or distract from the relevant questions that volunteer representatives need to answer?

3) When do we see Mayoral, City Council, County, State, or Federal food trucks offering free goodies outside of polling stations in future elections? Won't THAT encourage voting, too?

It's no secret that the MVCC Board has had its good name sullied, and that there's been undue influence by a CD11 office that really isn't supposed to dominate or influence Neighborhood Councils.

Whether it's legal or not, it's not ethical--no matter how directly or indirectly that influence from the CD11 office has been peddled...

...and those on the current MVCC Board, who've had to clean up the mess of those who've resigned in disgrace when their neighbors have called them out, are NOT so stupid as to presume that the influence is appropriate (or maybe even legal).

...and not so stupid than to presume that the "Road Diet study" or the relative permanence of the homeless encampments on the L.A. side of Venice or allowance of overdevelopment and blatant lawbreaking affecting Mar Vista is either ethical or moral (or maybe even legal).

The late Bill Rosendahl held Ethics and Accountability as fundamental to his campaigns and his tenure as CD11 Councilmember. Bill was a friend, and methinks he's rolling and fuming in his grave, or weeping above us in Heaven.

So, go ahead, and have a free burger. Maybe it'll enhance turnout, or maybe it'll blow up in the faces of those who've crossed lines of impropriety to openly sponsor it, and which has led the co-chair of the MVCC Elections/Bylaws Committee to resign in indignation.

But if we had ANY reason to support City Ethics training for Neighborhood Council Board members and leaders, it's clear that it's all a big, fat joke.

The City of Los Angeles tolerates too much potential illegality, and it's almost entirely bankrupt both in its finances and its ethics alike.