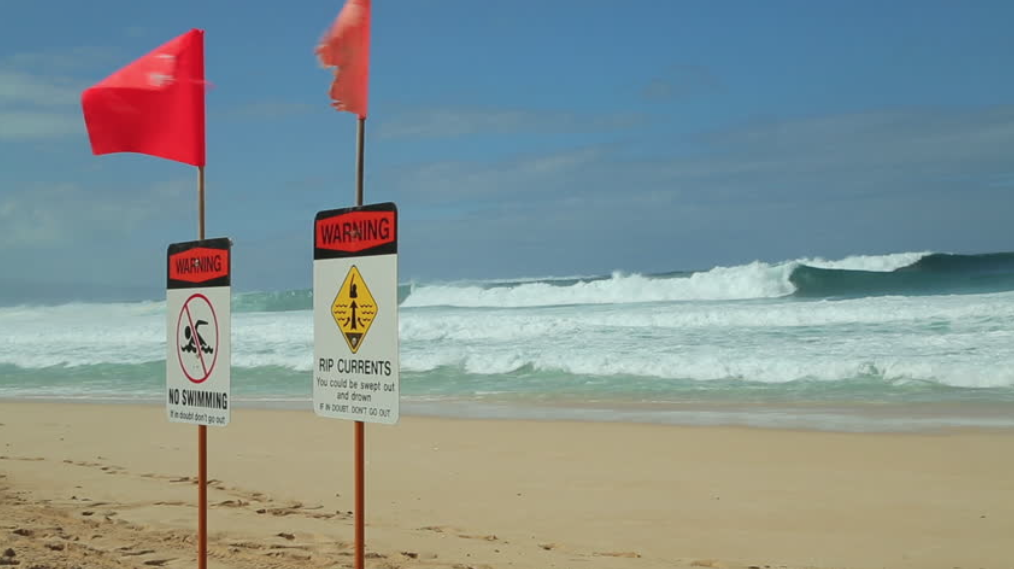 ONE MAN’S OPINION--Most Californians know about riptides, those currents which can carry unwary swimmers far from shore and drown those who do not know to swim parallel to the current.  Fighting a political riptide can likewise be deadly, as Hillary discovered in 2016.

The current of bigotry which was swiftly carrying the Trump campaign towards the Presidency was anti-immigrant prejudice.  Any politico who was unaware of the dark side of Americanism is guilty of political malpractice. Yet, Hillary did not know how to deal with the Trump-a-Doodle show of Smoke and Mirrors and she called key swing voters, “Deplorables,” just before the election.  The underlying current was the resentment in the Rust Belt over the impact of the Obama-Geithner regressive economics which had devastated the poorer, less educated White working class.  90% of productivity gains had needlessly and foolishly gone to the top 1% during Obama’s tenure. Hillary’s inopportune defamation of the Rust Belt victims of the Obama-Geithner economics became a riptide which dragged her out to sea and drowned her political career.

America has many submerged currents which can carry a candidate towards or away from the White House.  Here are some of the competing currents which become riptides.

The Boomerang of Group Rights

As Yascha Mounk pointed out in his July 2, 2018 article, in The New York Magazine, The Rise of McPolitics, America destroyed the governing center of its political life by each party’s giving power to its extreme. No candidate could survive fighting the riptide of its own extremism.  By its nature, the GOP was more extremist due its large contingent of religious fundamentalists who are absolutists and fervently believe that their way is the only way and everyone else be damned.   Perhaps this current group rights extremism has exhausted the American public.

Americans Tend to Flipflop While Changing Nothing

On the surface, Obama was seen as a repudiation of the White WASP establishment which had brought us the War in Iraq and the Crash of 2008, but underneath everything, Obama was 100% WASP.  His great-great-great-great etc. grandfather had been born in the colonies and his entire upbringing was typically American, quite similar to John McCain but without the military background.  Obama’s economic policies seemed to harken back to a time before the Panic of 1907, which is about as old-line WASPy as one could get.

The Current of Decency and Fairness

This brings us to Joe Biden’s campaign of decency. In contrast to Trump’s horrible treatment of people whom he perceives as weak, e.g. immigrants, toddlers, transgenders, women, Biden is above all else a decent person. People are comfortable with Joe Biden because he represents a core American value which we saw back in 1776 with country’s founding and in 1858 Lincoln-Douglas Debates.  While 99% of Americans have forgotten the specifics of the debates, the concept that a “House divided cannot long stand” has become a strong current in our national consciousness. So far, Biden is eschewing the Hillary Clinton’s approach to increase the divide among Americans.  Rather Biden senses that Americans are tired of the Trumpery.

Young and New is Better than Old and Senile

American life has another current – young and new is better than old and senile.  The last time this current propelled a candidate into the Presidency was with John F. Kennedy. (But for his following Geithner’s regressive economics, Obama would have been JFK’s heir, but Obama ignored the lesson of FDR to shun Wall Street and presently he is a historical footnote.)

The Dems Are Tripling down on the Old

Elizabeth Warren is old (69), Joe Biden is old (76), Bernie Sanders is older (77), the Dem’s Wicked Witch of the West Nancy Pelosi is oldest (79), and all the Socialist neophytes are “old.”  Rep. Alexndria Ocasio-Cortez’s oldness derives not from her chronological age but from her Socialist agenda. Like Bernie Saunders’s Socialism, America rejected AOC’s ideas in the 1930's.  The only reason people think that she is proposing something new is that Gen Xers and Millennials are abysmally ignorance of history.  Yet, the undercurrent that Socialism is un-American exists. Socialism is more the third rail of politics than Social Security.  Americans do not see Social Security or Medicare as socialist because they really aren’t.

In her amoral passion to gain power at all cost, Pelosi has flung the doors of the Dem Party wide open for anti-Semitism.  Her anti-Semitism is designed to attract the racist Left voters for the 2020 election and the Dems’ attempt to pretend that only the violent far Right is anti-Semitic will fail.

Moderate voters looking for a Trump alternative will find the Socialist anti-Semites whom Pelosi has welcomed into the Dem Party to be reprehensible.  Despite their young age, this contingent of the Dem Party represent an old and rejected current in mainstream American culture.  If we want a bigot, we have Trump. Of course, the one bigotry which cannot be made to stick to Trump is his being anti-Jewish.

The Faded Current of a Woman Candidate

Like the ERA, a woman candidate has become a dud. Back in 2016, had it been Clinton-Warren, it probably would have been a game changer.  If Hillary had just shut up about Deplorables and allowed Warren to critique Obama’s economics and how it harmed the Rust Belt, Trump would still be screaming, “You’re fired!” on The Apprentice. Hillary’s folly, however, made a woman candidate passé.

Old, Stupid, and Straight vs Young, Smart, and Gay

As we all know, Trumpy-Grumpy is an old, “a fucking moron,” and straight (“not that there is anything wrong with that” Jerry Seinfeld).  Mayor Pete with the unpronounceable last name is smart.  They say he taught himself Norwegian.  He’s 37 and Gay so that he won’t be bragging about pussy snatching.  From what we’ve seen, Pete is also decent, which steals Joe Biden’s thunder.  Oh yeah, he is from the Rust Belt.  He was the openly Gay Mayor of South Bend, Indiana, (eat your heart out Garcetti).  Yes, Hillary’s Deplorables voted for Mayor Pete.

Just as riptides rapidly come and go, no one knows which ones will be strongest in November 2020.