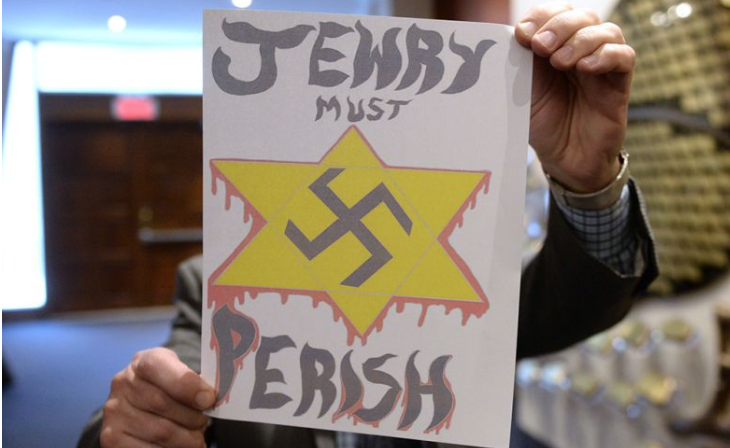 ONE MAN’S OPINION-The phrase often attributed to Edmund Burke that all it takes for evil to prevail is for good people to remain silent rests on the questionable premise that people who remain silent in the face of evil are good people. The more apt word is “coward.”

Nancy Pelosi’s anti-Semitic agenda to gain votes for 2020 did not spring to life fully grown like Athena from the head of Zeus. The Democrat anti-Semitism grew from the political perfidy of group rights which the Democratic christened Identity Politics. Perhaps the word “christened” is too religiously charged. Also, it is somewhat misleading considering the significant role than many Jewish politicos played in fashioning and promoting Group Rights in derogation of the core American value of individual inalienable rights.

The great evil of Pelosi’s long-term promotion of group hatreds is that under the philosophy of Group Rights, values count for nothing. All that matters is the promotion of the Group. When the White Supremacists see White entitlement claims that are set forth by the Left, they feel legitimized in their passion to assert their brand of Identity Politics, i.e. race is the basis of an individual’s value. Guess where Jews rank? In condemning Pelosi, the GOP is filled with sanctimonious hypocrites. The fact that the GOP correctly identifies the power mongering nature of the Dems’ bid to secure the votes of the ant-Semitic far Left does not erase the GOP’s making their party safe for anti-Semites on the far Right.

That is the destructive nature of group rights; each side demonizes the other while ignoring that they too engage in similarly reprehensible behavior. Group Rights has no room for values or morality. Group Rights result in an amoral power grab based on internecine violence in which each group attempts to annihilate the other. The Sunni and Shiites have been at it for centuries. However, for both Trump and Pelosi nothing is more important than personal power and both are willing to destroy the Union in a blink of an eye to feed their lust for power.

Neither political party has any use for inalienable rights like life, liberty and the pursuit of happiness. Power is their god. Trump has zero use for the Republic and its constraints on his power, and the same is true of Pelosi Democrats. The worst culprits are the cowards in both parties who fail to criticize group righters within their own parties. It takes no courage for Democrats to chastise Nazis’ chanting, “Jews will not replace us,” but they remain silent about the fact that the Charlottesville nightmare was engineered by Democrat Vice Mayor Wes Bellamy for his own political ends. (Bellamy fell 75 signatures short to run for a second term in 2019.)

Trump and other GOP members fall into the same trap when they criticize Rep. Omar, Rep. Ocasio-Cortez and Rep. Tlaib. If the GOP leaders cared about core American values, they would call out all the anti-Jewish element within the GOP. For the GOP, it is risky enough to condemn Democrat anti-Semites, but to repudiate the White is Right contingent by attacking all group rights is a step too far. (Let’s be redundant: Richard Spencer and other Alt-Righters are as pro-Identity Politics as Nancy Pelosi.) Of course, that means neither the GOP nor the Dems will defend the basis of our nation -- individual inalienable rights. Both the GOP and the Dems want to hold onto their extremes for one reason: fanatics vote with more frequency.