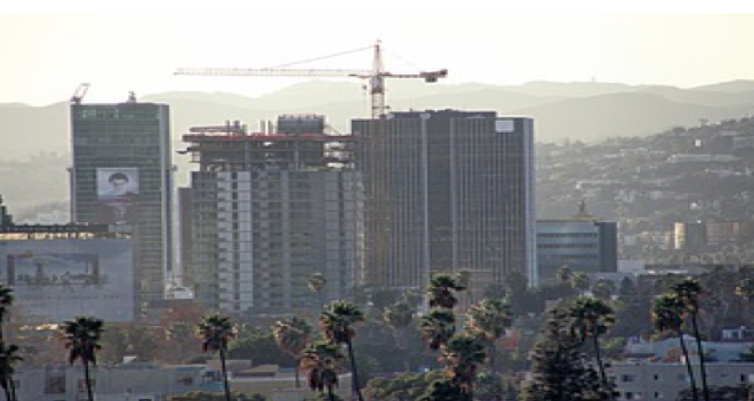 NEW GEOGRAPHY--For decades California’s regulatory and tax policies have undermined our middle class, driving millions out of this most favored state.

Perhaps nowhere is this clearer than in a drive that seeks to destroy the single-family neighborhoods preferred by the state’s middle-income households.

SB50, introduced by state Sen. Scott Wiener, would allow division of existing houses to duplexes, triplexes and fourplexes “by right” in single-family neighborhoods. Further, higher density apartments could be built-in single-family neighborhoods close to transit. This could lead to significant house value losses by families for whom their home is their greatest single asset.

Boosters believe the bill will relieve the housing shortage, and lower rents. Yet the worst problems exist in areas of Los Angeles and the Bay Area where densification policies have already been implemented. At the same time the measure could have huge impacts on the very neighborhoods, often closest to job centers, which traditionally nurtured middle- and aspiring working-class families.

Planners continue to believe that people want denser housing. Yet virtually everywhere people are moving away from urban core density to lower density suburban and exurban areas and smaller metropolitan areas where single-family homes predominate. Since 2010, a net 1.8 million people have moved away from the urban core counties of major metropolitan areas, largely to lower density counties

This applies increasingly to millennials now starting to think about owning property, marriage and having children. Since 2010, 80% of millennial population growth has been in the suburbs, where single-family houses predominate. Nearly three-quarters of millennials want single-family detached houses, according to a 2019 report on home buyer preferences by the National Association of Homebuilders. Increasing the number of expensive, small apartments across California’s big metros runs up against these preferences.

Advocates for forced density often suggest that building more apartments will keep workers in the state. This is critical particularly at a time of record low unemployment and mounting labor shortages in many industries.

Yet given millennial preferences for single-family houses, forcing higher densities seems irrational. Some companies, like those in social media, can subsist on a steady diet of 20-somethings crowded together in expensive apartments, but this is not sustainable for most companies or families.

Our privileged boomer progressives like to suggest that the home and a backyard was good for me, but not for thee. In many cities, they have advocated land use, densification policies that have made the once enviable California lifestyle out of reach. No surprise then that households aged 35-44 are disproportionately leaving at the highest rate, based on IRS and Census Bureau data.

Rather than boost the economy, SB50’s densification is likely to accelerate the outward movement of mature larger firms — Bechtel, Jacobs Engineering, Occidental Petroleum and Parsons, Toyota, Nissan and most recently McKesson, with the sixth-highest revenues on the Fortune 500 — which have pulled out of the state.

The urban model for SB50 is San Francisco, an increasingly dystopic city with disproportionately few children, outrageous inequality and a disappearing middle class. The City, as it calls itself, may be out of land, but overall California, with the highest urban density in the nation, is barely 5 percent urbanized.

What we need is not a single-minded focus on cramming, but polices that would encourage the building of new affordable homes, notably starter houses. We did this in the late 1940s through the late 1960s, boosting both homeownership and broad-based economy growth. There remain many opportunities to develop new family-friendly housing not only on the periphery, but also in redundant retail space within both suburban and urban areas. There also remain vast areas — abandoned industrial and retail sites, depopulating neighborhoods — in Los Angeles and Orange County that is buildable, and could accommodate a broad mix of housing, if the state would provide tax incentives and removed regulatory barriers for developers.

The bill’s focus on location near transit stops is clearly delusional given public transit’s plunging market share around the state. Recent studies suggest that incentives to develop high-density near transit stops has forced poorer, transit-oriented people to move further away, and even buy cars.

In much of California only a bucolic few places — like Gavin Newsom’s exempted Marin County, along with five other Bay Area counties — will be allowed to maintain undisturbed low-density neighborhoods.

Legislators crafted a loophole exempting counties with under 600,000 people, which punishes Southern California, where the counties tend to be bigger. Virtually every Southern California neighborhood outside Imperial County is at risk. In unanimously opposing the Weiner bill, the Los Angeles City Council instructed its lobbyists to support the bill only if the city is exempted.

The rest of the state should also be exempt from this ill-conceived, economically damaging, authoritarian and unnecessary measure threatening to undermine further the last vestiges of the California’s middle class.

(Joel Kotkin is the executive editor of New Geography and a contributor to CityWatch. He is R.C. Hobbs Presidential Fellow in Urban Futures at Chapman University in Orange and executive director of the Houston-based Center for Opportunity Urbanism). Wendell Cox is principal of Demographia, a St. Louis-based public policy firm, and was appointed to three terms on the Los Angeles County Transportation Commission.)