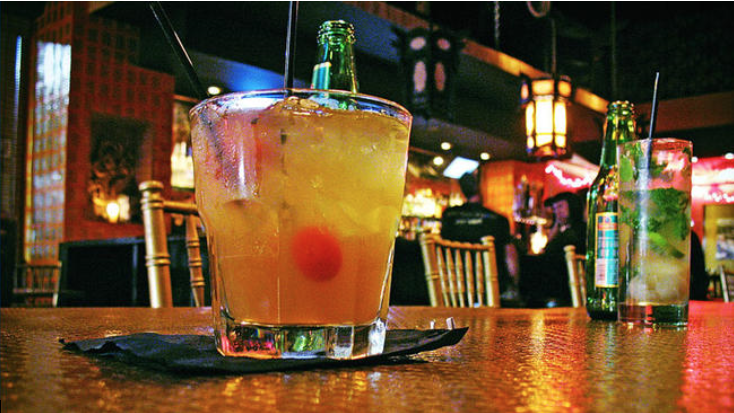 DEEGAN ON LA-Many more drinks “for the road” may be served if SB-58 Alcoholic beverages: hours of sale, passes in the State Legislature, where it is slowly moving through committees.

The bill, a.k.a. the “Late Night Bar Bill,” would extend bar and nightclub closing times from 2 a.m. to 4 a.m. It would allow, at the option of ten cities, including Los Angeles and West Hollywood, bars and nightclubs (but not liquor stores) to extend their hours.

It’s not the first time this extension of hours has been attempted. Former Governor Jerry Brown vetoed the same legislation last year, declaring “we have enough mischief from midnight to 2 (a.m.).” His argument was that added tax revenues would be offset by public safety costs, explaining that “The California Highway Patrol strongly believes increased drinking will lead to more drunk driving,” and that the extra two hours would “result in more drinking.”

West Hollywood and desert hotspots like Coachella and Palm Springs could be major beneficiaries of extended bar hours as they build their party-city brands. San Francisco, a legendary tourist mecca, also has lots to gain from the proposed law.

While his predecessor vetoed it, California’s new Governor, and former San Francisco Mayor, Gavin Newsom is expected to be friendlier to the legislation.

Tourism officials like the idea of extended hours as a way to compete for convention and tourism business; people party when they come to California to vacation, as do conventioneers. In a state that has legalized 24/7 marijuana enjoyment, it’s hard to argue that smoking pot and driving is any safer than drinking and driving, except that smokers don’t get so visibly smashed.

The Legislative Counsel Digest shows that the bill would allow the “Department of Alcoholic Beverage Control to conduct a pilot program that would authorize the department to issue an additional hours license to an on-sale licensee located in a qualified city that would authorize, with or without conditions, the selling, giving, or purchasing of alcoholic beverages at the licensed premises between the hours of 2 a.m. and 4 a.m. The pilot program would apply to Cathedral City, Coachella, Fresno, Long Beach, Los Angeles, Oakland, Palm Springs, Sacramento, San Francisco, and West Hollywood.”

The “with or without conditions” stipulation assures cities that they have final say over the extension of bar service hours. On a local level, community groups, homeowner associations, and neighborhood councils that already weigh in on land use and conditional use permits for alcohol service, would continue to have the ability to raise objections or require conditions.

Councilmember Paul Koretz (CD5) has introduced a resolution that the City Council “includes in its 2019-2020 State Legislative Program opposition to SB-58, saying at a City Hall news conference, “If this passes we can expect more DUIs, more drunk driving and more alcohol-related deaths. Once this is the law, it will be much harder to reverse."

Adding fuel to the fire is the unpopularity of the bill’s sponsor, Scott Wiener (SD11), the San Francisco State Senator that introduced housing bill SB-50 now moving through the legislature and facing lots of opposition from communities. He’s anathema to many community groups because of his up-zoning legislation attempts in SB-728 that failed last year, and SB-50 that is the newest iteration of his plans to replace single family housing with four-story buildings.

The bill, if passed and signed into law by Newsom, will sunset in five years, when the Highway Patrol and other agencies are required to present an analysis of traffic accidents connected with drunk driving. Until then, revelers, tourists, conventioneers, and the tax offices of the cities would benefit.

But, there’s a catch -- what economists call a “negative externality,” or spillover effect. There are four affected parties in the bar bill: the bar that profits from the additional sales, the city that gets more sales tax from those extra drinks, the customer who extends his buzz, and the public that has no control over how those costs or benefits were created, but pays for the public safety and medical impacts. The point of equilibrium, where the costs of lives and tax benefits meet, needs to be determined and that can only come through market dynamics; allowing the bill to run for five years and seeing where it comes out would answer that question, but may anguish many survivors of fatal drink-driving accidents over those five years.