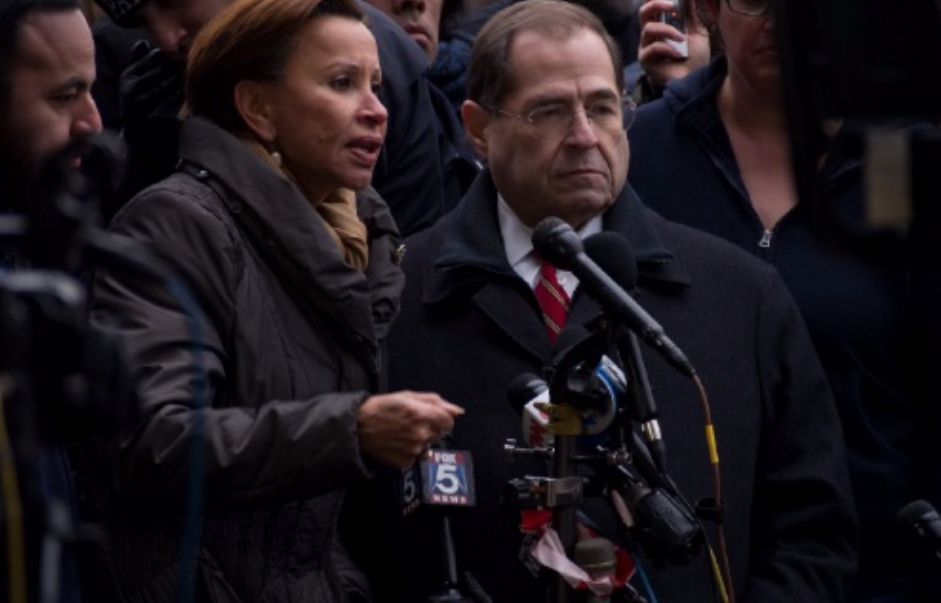 CALCULATING THE RISKS-Is impeachment the next step? In economics, there is a concept called “moral hazard.”

The idea is that if you do not get consequences as a result of your actions, you will behave differently, likely more recklessly, than you would if you do face consequences. This concept has broad application in the study of economics and management. (Photo above: Congressman Jerry Nadler, Chairman of the House Judiciary Committee, holds a press conference with Congresswoman Nydia Velazquez.)

In particular, consider where you have a large organization. In that organization, the leaders of the organization might earn the same amount of money no matter what happens, short of losing their jobs. The shareholders or the lenders, on the other hand, stand to lose a lot of money if those same managers don’t do their jobs. Although the top managers may theoretically worry about losses experienced by the shareholders, if they have no “skin in the game,” ultimately, they won’t worry about those losses in the same way as the shareholders themselves will. This situation is what is referred to as the “agency problem.”

There is an old joke that lawyers tell in relation to this problem. Lawyers, of course, are the ultimate agents. We act on behalf of our clients and have a fiduciary duty to them. In other words, we must put their interests ahead of our own. Ultimately, however, although we work hard for our clients, as the joke goes, “clients go to jail and lawyers go to lunch.” That is the essence of moral hazard.

There was a lot of discussion of moral hazard at the beginning of the financial crisis in 2007. Then Treasury Secretary Hank Paulson, a Wall Street veteran, initially opposed rescuing the banks from the consequences of their irresponsible investments citing “moral hazard.” That all changed when the economy nearly tanked in the wake of the Lehman Brothers Bankruptcy.

While we frequently see references to moral hazard in economics and management, I have not seen it referred to much in the context of political science, although I believe it has an application there.

Consider the following. Elected officials lead large organizations, with the largest being the Federal Government. If the Federal Government, or more likely a state or territorial government (think Puerto Rico) were to go the way of Lehman Brothers, what would really be the consequences to the leaders? They might not be re-elected, but is that really so bad? The taxpayers, however, will be left holding the bag. Thus, moral hazard. 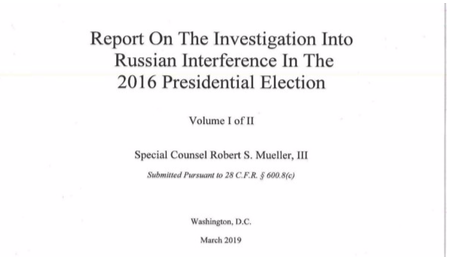 On the one hand, politicians want to be re-elected, remembered well and re-elected, so that pushes them to behave responsibly. But if such intrinsic motivations fail to ensure good leadership, separation of powers combined with the ambition of prosecutors ensures that wayward politicians will likely go to jail. This has worked well, in general, in the past.

But what if the politician is differently motivated, and he is the boss of the prosecutors, thus erasing the separation of powers? This is the situation we find ourselves in with Donald Trump as President.

On the one hand, he cares little for history’s verdict of his legacy; he is driven by short-term applause only. Think of his applause lines at his rallies. He also has no shame about using his position to enrich himself at the taxpayers’ expense.

On the other hand, as the Mueller report has revealed, he has no compunction about erasing the Chinese wall that separates politicians from prosecutorial discretion. Thus, the current breakdown of our system.

What we find ourselves in is a classic case of the agency problem, in which the leader is behaving opportunistically. He views his position as an opportunity to gain personal benefits at the expense of the taxpayers, who are, in essence, the shareholders of the government. Simultaneously, he believes he is at little risk of personal loss if he breaks the law. Thus, his wholesale contempt for the law and our democratic norms.

I have written before that impeaching Trump would be a strategic mistake on the part of the Democrats, given the fact that it would never succeed in removing him from office with the Republican Senate, that it would help energize Republicans in 2020 much as the Kavanaugh nomination did in 2018, and that it would take the Democrats’ focus off the issues that really matter to the voters. No, the priority of Democrats needs to be taking control of the White House, the Senate, and State legislatures away from the Republicans. The problem is not just Trump, it is the entire Republican party. Even if impeachment is successful, it will do nothing to accomplish those important goals.

On the other hand, Mueller’s report has detailed numerous crimes. Even if we accept the President’s argument that there was no “collusion,” Mueller was quite explicit in his report that he could not exonerate the President from charges of obstruction of justice, and that he was prevented from pursuing them further due to the Justice Department’s policy of not indicting a sitting President. Thus, the push for impeachment. How can we allow such crimes to go unpunished?

Indeed, if his crimes do end up without consequences, future Presidents will feel even further emboldened to push the envelope further. This is the essence of moral hazard, and it is the catch-22 we find ourselves in.

The answer, I believe, is a change to traditional political norms. Trump has violated so many of them that in this case, it might make sense to violate another. In particular, I believe Trump must be prosecuted for these crimes once he leaves office.

Traditionally, we in the United States do not prosecute our political opponents. This feels something like what happens in banana republics, where the new dictator jails the old one. We were particularly uncomfortable with the chants of “lock her up” at Trump rallies referring to Hillary Clinton. In the United States, the transition from one administration to another should be peaceful, as was so well demonstrated by Barack Obama.

Arguments were made in the past that George W. Bush and members of his administration should be prosecuted for war crimes committed in Iraq. These arguments were dismissed by Obama as having the taste of sour grapes.

In Trump’s case, however, his behavior has been so egregious that they demand prosecution. Indeed, even Fox News host Andrew Napolitano has admitted that the Mueller report might be enough to prosecute Trump. We cannot allow such actions to go unpunished.

For those who worry that it might become a tradition to prosecute former Presidents if we open that door, I answer that I still have faith in our judicial system. One of the greatest checks upon Trump’s abuses has been our court system. With the presumption of innocence and our jury system, I believe such prosecutions will only be successful in the most egregious of cases, such as, I believe, the Mueller report reveals Trump’s to be.

Had Trump attempted to prosecute Hillary Clinton, as he pledged during the campaign, there is no doubt that she would have been acquitted. Judge and jury are, after all, the ultimate checks upon runaway executive power.

Given what the Mueller report has revealed, however, the end result might be different with Trump. If such is the case, the rule of law and justice demand that he be prosecuted after he loses the shield that his office represents.

(Michael Greiner is an Assistant Professor of Management for Legal and Ethical Studies at Oakland U. He combines his scholarship with practical experience in politics and has been a Medium member since July 2018.) Prepped for CityWatch by Linda Abrams.