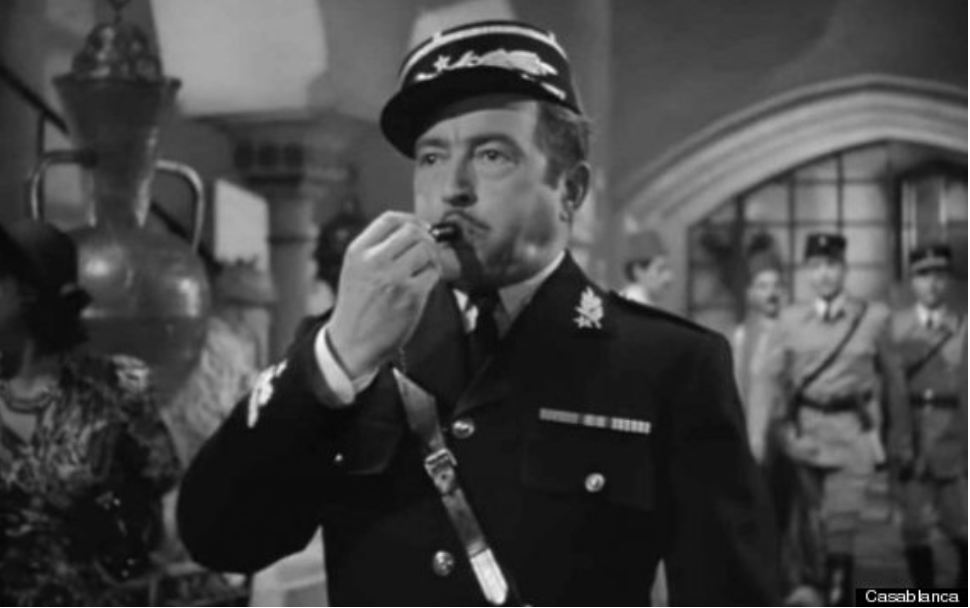 PLATKIN ON PLANNING-The who-benefits list is the same list as those who sing the praises of Scott Wiener’s proposed Senate Bill 50 as a masterful solution to California’s chronic crises of housing, transit, and climate change.

Owners of commercial, R3, and R4 properties near transit lines and job centers will make out like bandits. SB 50 will shower them with free up-zones that immediately increase the value of their properties. They can then either flip their properties and pocket the cash or line up developers who will build highly profitable SB 50-compliant projects free of zoning, environmental reviews, and pesky neighbors.

Elected and appointed officials, especially Sacramento Democrats, will handsomely benefit because they are nearly immune from neighborhood politics. They are therefore happy to consort with real estate lobbyists bejeweled with checkbooks and expense accounts. That is why most legislative efforts to deregulate local zoning laws and environmental reviews are top-down mandates from the California State Legislature. They are not innovative housing and planning proposals welling up from local neighborhood groups or even most City Halls.  In this case, though, the City of Los Angeles, with its long history of real estate shenanigans, is an outlier. Were it not for boisterous community groups brandishing torches at the gates of City Hall, our elected officials would quickly succumb to Scott Wiener’s siren song of free market miracles, not just pass their pay-to-play plates behind closed door. 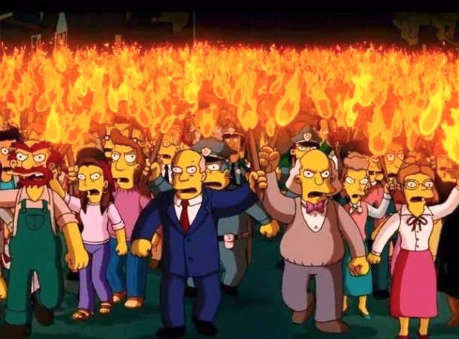 Non-profits: The mishmash of corporate and foundation funded non-profit organizations, especially the Big Green groups, that form the political base of the Democratic Party in California will also benefit. By now these political proxies are well known, including construction unions, some button-down environmental groups, and various housing advocacy groups. Their occasional inclination to do good is easily offset by the ideas and dollars forked over by their donors.

Neo-liberal academics have learned how to shape-shift their ideologies to stay in line with the agencies, foundations, regents, and university administrators who control the pipeline of hiring, grants, and promotions. By now these gatekeepers have drunk deeply from the well of market fundamentalism. Although some academics came by similar free market beliefs on their own, the others are like the Woodie Allen character, Zelig. They quickly mimic the important people around them.

What elected officials in Sacramento and local City Halls, corporate and foundation funded non-profits, neo-liberal academics, and selected property owners have in common is a knack for identifying short-term opportunities that vastly exceeds their ability to analyze the long-term impacts of legislation, like SB 50.

Existing tenants: SB 50 would primarily hurt residents of small, low-rise apartments -- often protected by LA’s Rent Stabilization Ordinance. This is where the real estate speculators will go first because these lots are large and located near transit lines and job center. In fact, Wiseman Residential is already doing this, especially between Third and Beverly in the Fairfax area. Another precedent is real estate speculators already resorting to LA’s density bonus ordinances to gentrify apartment areas.  When this happens, the Ellis Act, cash and key, and deliberate neglect are used to evict existing, low income renters to make way for new, upscale apartments.  If adopted, SB 50 would put this ongoing gentrification process on steroids. As for those displaced, their options are already in plain view: overcrowding, moving to distant suburbs, exiting California, living in cars, or becoming homeless.

The claim that SB 50 will help existing tenants is not credible.  Its offers to protect renters in sensitive communities, but there is no data base that identifies these communities, buildings, or tenants.  Without this data, and an enforcement mechanism in each city to act on this data, this SB 50 provision is window dressing.

Homeowners who live in HPOZs, RFAs, R1 variation zones, single-family lots without overlay zones, and duplex zones will also be hurt. Since their lots are smaller, they will be initially less targeted by speculators. But, with protections eliminated, SB 50 will make mansionization much easier. As a result, many more neighborhoods will become hosts to new, ugly, oversized McMansions. It is not likely, though, that developers will take the route of small lot subdivisions. Unlike SB 50 apartments, these are condominium projects that require discretionary subdivision approvals with notices, public hearings, written determinations, and appeal rights.

All Angelinos. Because SB 50’s goal is to prolong another real estate boom, especially for expensive apartments, if successful, it would increase traffic congestion and air pollution, reduce transit ridership, and accelerate climate change. As a result, LA’s already declining quality of life will sink further. Although Senator Wiener, his Sacramento cronies, and their many cheerleaders in the real estate sector make wild, unsupportable claims about SB 50, in practice it would only inflate the current boom until the next bust arrives. (See chart below.) When that happens, no amount of up-zoning could revive the crashing real estate market. 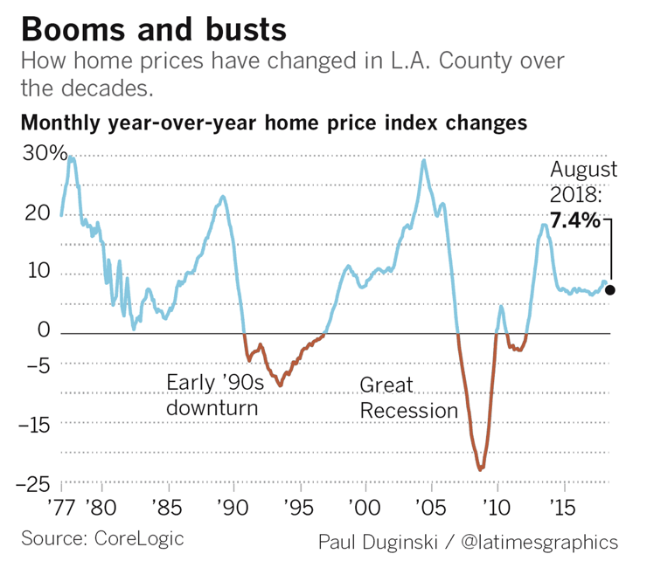 Elected officials and lobbyists who support SB 50, even with measured words, like LA Mayor Eric Garcetti, or feigned neutrality, like the Los Angeles City Council, may think they, too, can gorge themselves in perpetuity at the developers’ tables. But this feast will be short-lived, and they, too, will fall victim to the real-world consequences of SB 50 for two reasons.

These lists of who will benefit and who will be harmed by SB 50 should be an eye-opener to the public and to officials. The public needs to realize that existing tenants, already hurting from rent increases end evictions, would be hit even harder by SB 50. Likewise, public officials need to realize that their support of SB 50 comes with a price tag: the degradation of the cities they are supposed to govern and in which they live.

For those who want detailed information the impact of Senate Bill 50 on their neighborhood, please click on this link to an up-to-date and zoomable map of the entire Los Angeles metropolitan area.

(Dick Platkin is a former Los Angeles city planner who reports on local planning controversies for CityWatchLA. He serves on the board of United Neighborhoods for Los Angeles (UN4LA) and welcomes comments and corrections at [email protected].) Prepped for CityWatch by Linda Abrams.