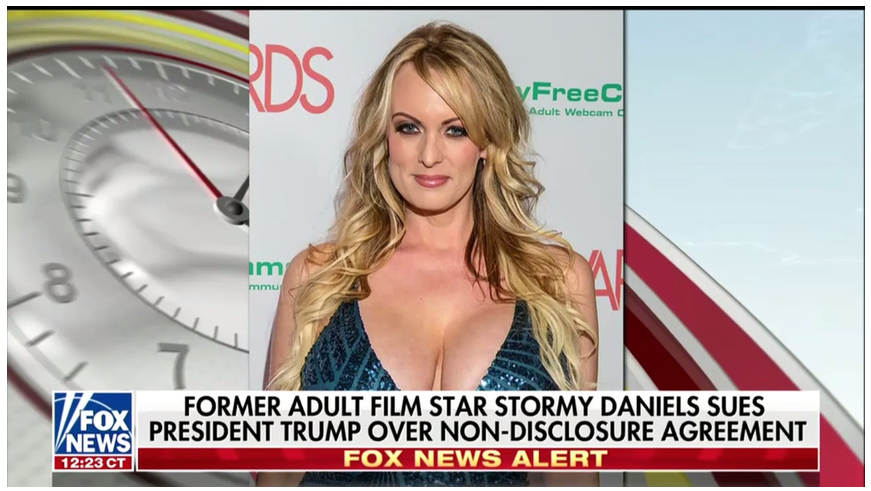 GELFAND’S WORLD--Fox knew about the Stormy Daniels payoff before the 2016 election but "killed it to protect Trump" according to TPM.

In the pre-modern era, England spent the better part of a century fighting France. That time is now known as the Hundred Years War. In a later era, English navies fought Spain both at home and around the globe. In the bloody 20th Century, England became embroiled in massive European conflicts that were ultimately to kill tens of millions of people.

You'd think that maybe the English would be happy about a European-British union linked in peaceful commerce.

The English (now actually the British since the United Kingdom includes Scotland and Northern Ireland) are attempting to leave the European Union. To Americans, the whole thing is perplexing.

"What do you know about Brexit?"

March 29 is the scheduled date

What is it we are talking about? The continent is Europe and the current situation includes a wide-ranging free trade zone that has included the U.K. The free trade zone is called the European Union, or EU for short, and just under half of the British people want to wreck it.

More specifically, a substantial portion of Brits want to pull out of the EU. The decision was made by a vote in the U.K. back in 2016 where a bare majority supported exiting the EU. Hence a British Exit, or Brexit. At the moment, polling shows that support for the Brexit is just a wee bit less than half of those who answer. If the vote were held today instead of two years ago, it would probably fail.

The proposed Brexit involved a two-year period during which the Brits and the rest of Europe were supposed to negotiate the terms of the exit. The voters who supported the Brexit seem to have imagined that they could negotiate a continuation of free trade with the continent and simultaneously cast off what they considered to be onerous requirements. The free migration of workers seeking employment is a part of being in the EU. As I wrote in an article last October, some Brits had serious concerns about losing jobs to Europeans who migrated to the British Isles in order to look for work.

The problem for the Brits is that their government has not been able to secure the kind of agreement that was originally fantasized. The original vision seems to have been some sort of free trade zone with all the advantages of being in the EU but without the responsibilities.

So far that vision has not worked out, probably because the leadership of the EU are not eager to encourage other countries to abandon them. They have offered a deal, but it's not the deal that the pro-Brexit faction in the U.K. want.

The real nightmare is what is referred to as a "No Deal Brexit." That is, the U.K. would leave the EU without securing arrangements for things like food shipments. The U.K. gets a substantial fraction of its food from Europe and a "no deal" Brexit would complicate trade enormously.

Some Brits think that even a no deal Brexit would be desirable. A couple of factory owners interviewed by the BBC felt that things would be chaotic for a week or so, but then come back to normal. They seem to be in a distinct minority when compared to economists and planners, not to mention factories and U.K. citizens who are busy stockpiling against the day.