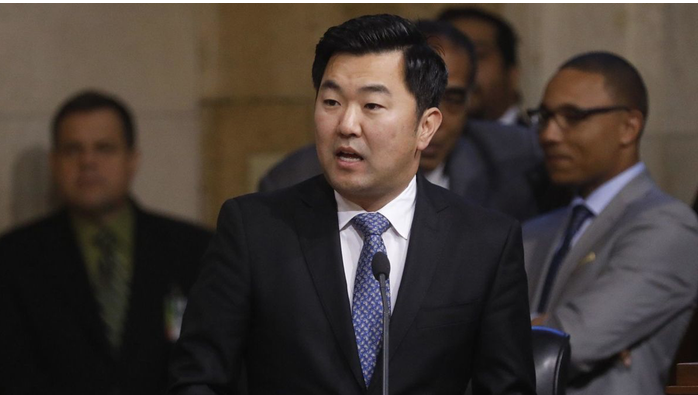 Reformer Ryu was stopped by powerful Council President Herb Wesson. Wesson later told the L.A. Times, “I don’t kill anything” and said he was too busy with higher priorities to hold hearings on Ryu's reforms. The L.A. Ethics Commission also punted the issue.

Today, everything has changed:

Wesson's chief of staff is a target of the FBI probe, as is Mayor Garcetti's former deputy mayor and two City Councilmembers who sat on the powerful "PLUM" committee.

We expect a showdown between reformers and anti-reformers at City Hall.

Yesterday, Councilman Gil Cedillo attacked social justice and open-government advocates at a PLUM hearing who were urging PLUM to clean its house before approving luxury skyscrapers awash in exemptions from land-use rules. The controversy focused on "Crossroads," three luxury skyscrapers seeking 22 liquor licenses that would raze a thriving historic Latino community, create 143,000 new vehicle miles daily — and yet got minimal environmental study from the Garcetti Administration.

Cedillo accused Coalition to Preserve LA, the L.A. Tenants Union and several other groups of creating "a specter! A hysteria exists! ... It's like the Day of Locusts at City Hall now!" Cedillo was met with guffaws as he accused the groups of "Trumpism!"

PLUM, with its long history of rubber-stamping, voted unanimously for Crossroads.

(This perspective provided CityWatch by the Coalition to Preserve LA.)