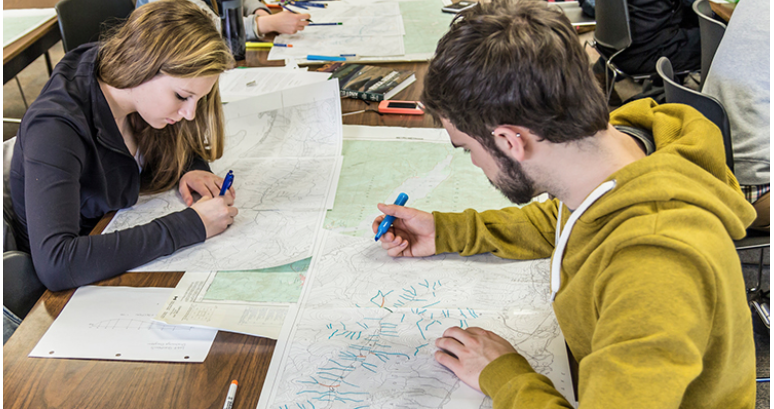 This course examined competing approaches to increase transit ridership. One approach, called Transit Oriented Development (TOD), relies on upzoning and density bonuses for privately owned parcels. Its premise is that upzoning promotes the construction of new market rate apartments near bus and subway corridors, sometimes with a small percentage of noncertified low-income apartments. It contends that these new tenants will become regular transit users because they live close to subway stations and bus stops. The proposed Purple Line “transit neighborhood plan” is based on this approach.

The study area for this student research was the Purple Line Extension Transit Neighborhood Plan.  If the City Council eventually adopts this Specific Plan, it would unconditionally increase the height, size, and density of apartment and commercial lots in the Greater Miracle Mile area. It would, for example, allow large apartment buildings on streets, like Sixth, that are now duplexes. More specifically, it would up-zone the entire Wilshire Boulevard corridor, from Highland Avenue on the east to Beverly Hills on the west, the Los Angeles side of the San Vicente Corridor from Third Street to Wilshire Boulevard, Fairfax Avenue from Little Ethiopia on the south to Beverly-Fairfax on the north, and the LaBrea corridor, from San Vicente on the south to Second Street on the north.  Furthermore, the north-south streets are only bus corridors, and, like Wilshire Boulevard, also include adjacent blocks that now have duplexes and small apartment buildings.

Findings from the students’ research on this TNP study area.

Curious Fact #1.  This study area has experienced extensive amounts of new residential, retail, office, commercial construction over the past two decades, much of it in high-rise buildings and most of it approved by-right, based on existing zoning. Some of these parcels were previously upzoned in 2002, as part of the Wilshire Community Plan update. 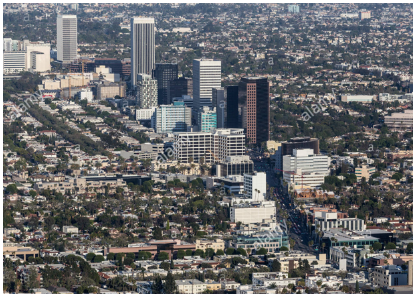 Curious Fact #2.  Most of these new projects were approved without discretionary actions from the Department of City Planning or the City Council. This means that these many large, new buildings conformed to existing zoning laws that the TNP Specific Plan intends to push higher.

Curious Fact #3.  Nearly all new apartment buildings in and near the TNP area have “For Lease” signs, and some have vacancy rates of 50 percent or more. Their main inducement to encourage prospective tenants to sign lease agreements is six months of free parking. They do not offer free bus passes and are not familiar with bus service on Wilshire Boulevard, including the location of nearby METRO local and Rapid bus stops.

Curious Fact #4.  The combination of new construction and aging infrastructure has lead to recurrent infrastructure failures in this study area, including frequent electrical blackouts and water main breaks.

Curious Fact #5.  Many METRO local and Rapid bus lines, as well as one LADOT Dash line crisscross the study area. It has over 200 bus stops and despite the construction of many new residential, commercial, and medical buildings, transit ridership and on-time bus arrivals have declined in recent years. In fact, the two corridors that have experienced the most construction of new housing -- Wilshire Boulevard and Third Street -- also have had the greatest decline in bus ridership.

Curious Fact #6.  The likely cause of declining transit ridership is demographic change. The area’s previous residents, who were displaced by increased rents and evictions, used transit more often than the well-off, car-driving newcomers in the expensive, in-fill, auto-centric apartment buildings.

Curious Fact #7.  Some existing bus stops have bus shelters, others have bus benches, and some have neither, depending on the decision of the advertising companies that have contracts with the City of Los Angeles to install bus shelters and bus benches in exchange for the advertising displays.   Only a few bus stops have posted bus schedules, and the times on these schedules are often inaccurate. As for available transit apps, they are not reliable.

Curious Fact #8.  Despite a lack of any current bicycle lanes and the failure to include scooter and bicycle lanes or parking in the proposed Transit Neighborhood Plan, a few brave souls bicycle through the TNP area. Because the streets are so congested, however, they sometimes ride their bikes on sidewalks, often competing with pedestrians and Lime and Bird scooters.

Curious Fact #9.  No METRO Bike Share stations exist in the TNP area and none are proposed for the Los Angeles portions of the Purple Line Extension or in nearby neighborhoods. This is in contrast to Beverly Hills, which has its own Bike Share program integrated with similar programs in nearby West Hollywood and UCLA/Westwood. In fact, Beverly Hills already has a bike sharing station near the future /LaCienega Purple Line station, and West Hollywood has installed a bike sharing facility at The Grove shopping center, one block north of the Transit Neighborhood Plan.

Curious Fact #10.  Residents, shoppers, and employees who attempt to walk in the TNP area and adjacent neighborhoods face a series of hurdles. Many sidewalks are narrow, have buckled, often from tree roots, and some corners do not yet have ADA curb cuts. Furthermore, the tree cover is haphazard and declining. Some sidewalks have no shade trees at all, while others have scattered trees of different species, often poorly maintained. In some cases existing trees, especially palms, are iconic, but offer no shade.

Conclusions: Unless the proposed specific plan’s zone changes spur construction that considerably differs from apartments built in recent years, there is no indication that future residents will become bus or subway riders. Because the rents in newer building are and will be expensive, ranging from $2,700 to $4,500 at present for a one-bedroom apartment, only the well-off can afford them. These tenants are largely car users, and rental agents appeal to them by providing on-site parking and offering limited free parking.

Since the proposed Specific Plan does not contain any monitoring or inspection requirements once its increases in the heights, density, and mass of future buildings are locked into place. Even if, as this research indicates, most future tenants, shoppers, and employees will drive cars and seldom rely on buses or subways, the area’s upzoning will remain intact. Likewise, when, not if, the new construction accelerates the failure of existing public infrastructure and services, the underlying cause, upzoning, will be exempt from future changes.

The obvious solution to these serious problems is to integrate transit-related land use planning into the impending update of the Wilshire Community Plan. Unfortunately, the Department of City Planning, which prepares these updates, has rejected this approach, with little push back from local City Council offices. The CSUN students could not substantiate the rationale for this approach, the claim from TNP planners that if the City does not complete the Purple Line Extension Specific Plan by 2019, the City must refund its planning grant to METRO. The extensive in-house grant documents they reviewed did not back-up this claim. It appears to be totally bogus, and in the case of the Orange Line Transit Neighborhood Plan, there is also zero evidence that integrating its Transit Neighborhood Plan preparation with Community Plan Updates will trigger any forfeiture of METRO grant money.

A final point. The City of Los Angeles would be better off taking heed of student research than currying favor with Greater Miracle Mile property owners anxious for City Hall to grant them permanent, highly lucrative, and totally tax free up-zoning gifts.