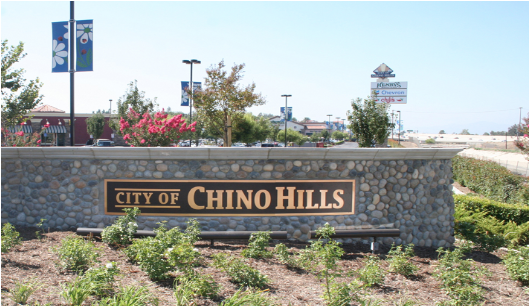 Anthony Rendon, the speaker of the state Assembly who represents several of the cities, calls the region a “corridor of corruption.”

Many officials have been prosecuted for various pocket-lining schemes but even short of outright corruption, local government in the region tends to be smelly.

A new example of the syndrome is an ultra-complex battle among cities for control of a 2,500-acre cattle ranch in the Chino Hills that’s potentially worth more than $100 million and could become the site of an enormous solar energy farm.

The City of Industry sought to acquire the property from its own redevelopment agency and eventually won permission from a county oversight board to do so, although the transfer has never been finalized.

Industry had plans for the solar farm development in concert with a private company called San Gabriel Valley Water and Power, whose principal figure, William Barkett, is the scion of a politically powerful Stockton family.

Barkett is no stranger to controversy. In 1993, federal authorities unsealed an indictment of him and eight other persons involved in what was described as a penny stock scheme aimed at defrauding elderly retirees. Two years later, the charges were dismissed by a judge, who cited unreasonable pre-trial delays by prosecutors.

A decade later, Credit Suisse, an international banking company, accused Barkett of misappropriating millions of dollars he had borrowed to launch a large farming operation in the San Joaquin Valley. The suit was later dropped after a confidential settlement.

Meanwhile, Industry underwent a very critical audit by Controller Yee’s staff, alleging that like other Southern California cities with small populations but huge amounts of commercial and industrial development, it had become a municipal oligarchy benefiting a few insiders.

In response, the city retained former Attorney General Lockyer to act as an ethics advisor – much like another former attorney general, John Van de Camp had once overseen reforms in another business-heavy, scandal-infused city, Vernon.

Lockyer issued several favorable reports on Industry’s reform efforts, but early this year, the city dismissed him in a shakeup of its government and severed its relationship with Barkett’s company. The battle over Tres Hermanos has been escalating ever since.

The City of Commerce, another of Southern California’s business-centric municipalities, launched a bid to buy Tres Hermanos after forging an alliance with Barkett’s solar panel company.

In April, Barkett’s attorney filed a suit on behalf of a group calling itself Concerned Citizens of City of Industry, alleging, essentially, that the self-dealing by Industry officials detailed in the Yee audit was still occurring and describing it as “a criminal enterprise.” It sought to reinstate Lockyer as the city’s overseer.

Last week, Industry sued Yee, demanding that she release documents that would, the suit alleges, prove that she was colluding with Commerce and Barkett to reinstate Lockyer and damage Industry’s standing.

There don’t appear to be any good guys in this squabble, which also involves several other cities seeking to influence who winds up with Tres Hermanos and whether solar panels sprout on its grassy expanses.

It’s just business as usual in that corner of Los Angeles County.

(Dan Walters writes for CalMatters… where this perspective was first posted.)