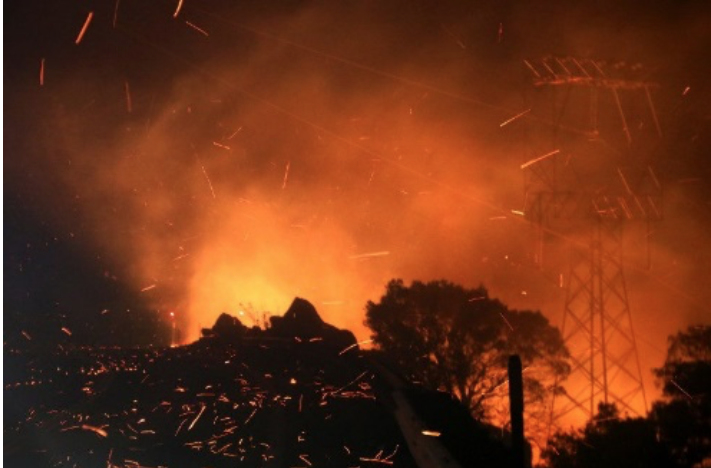 CAL MATTERS-Protecting California from devastating wildfires was the Legislature’s biggest focus in this year’s session.

Less than two months later, the deadliest and most destructive fire in state history swept through the mountain town of Paradise, killing at least 48 people and destroying 7,600 homes.

So, why didn’t the new law make a difference?

The short answer, according to Gov. Jerry Brown, is that “some things only God can do.”

“We are doing everything we can,” he said to reporters gathered outside his office on Tuesday.

“We will respond as much as we can and as creatively as we can. But this is… what I call the new abnormal. The winds are faster, the temperatures are hotter, the soil and vegetation is drier. This is unprecedented, and it’s tragedy.”

The longer answer is that the complex negotiations that produced the new law left a glaring gap for 2018 fire damage. Many provisions of Senate Bill 901 have not yet taken effect, and even when they do, will impact the state gradually.

A key aspect will likely take years, if not decades, to complete: Thinning forests and removing dead and dying trees that have turned huge swaths of California into kindling. The law calls for spending $200 million a year over five years on clearing trees and brush to make forests less fire-prone—but the money doesn’t start flowing until 2019.

It also requires utility companies to come up with fire prevention plans—but those don’t begin until next year, either.

And it creates a 5-member Commission on Catastrophic Wildfire Cost and Recovery within the governor’s office to decide whether utilities can pass costs onto customers and suggest broader changes to liability laws. No commissioners have been named yet, and its first report isn’t due until July 1.

Even the most controversial and hard-fought part of the law—which makes it easier for utility companies to absorb the cost of fire damages by borrowing money and charging customers to pay it back over many years, a provision that critics deemed a bailout—does not apply right now. It covers fires that burned in 2017, and those that start in 2019, but not any blazing this year.

“We have been overwhelmed by the risk of fire, and despite all the time and effort we put in, we are still unprepared,” said clean-energy lobbyist V. John White.

“It feels like it’s a bigger problem than we even imagined, and that’s all we spent most of the year working on.”

In addition to the main fire-prevention legislation, Brown signed more than two dozen bills in September that were inspired by 2017’s deadly wildfires, including measures meant to improve emergency alerts and insurance coverage.

But the shortcomings of the main prevention bill reflect how fraught it was to pass the legislation in an election year, with lawmakers facing pressure from utility companies and their labor unions—which are significant campaign donors—to loosen fire liability laws, and from fire victims and insurance companies to leave the liability law in place.

Lobbying on the issue was intense, with utilities spending twice as much as they normally do. They enjoyed support from some environmentalists who see the companies as critical players in California’s fight against climate change.

If the state is going to reduce greenhouse gas emissions as required by law, it needs the utilities to help build components such as charging stations for electric cars and battery storage for solar power. Utilities argued that the liability law was hurting their credit ratings, which makes it more expensive to build clean-energy projects.

In the end, lawmakers did not change the liability law (known as inverse condemnation) that holds a utility responsible for damages from any fire traced to its equipment, even if it was not negligent. Instead, utilities got the controversial provision allowing them to spread out the massive cost of their liability for the 2017 wildfires.

By the time that tradeoff was agreed on, though, with the clock ticking down in the final days of the session and legislators bristling at accusations they were bailing out PG&E, there was little appetite for complicating the fragile consensus by factoring in the 2018 fire season, according to several Capitol sources. With existing laws still in place to handle liability for any 2018 wildfires, state lawmakers played the odds that utilities could get through the rest of the year without facing bankruptcy from another catastrophe. 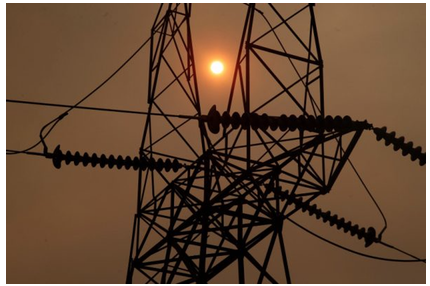 Now the devastation of the last week—and reports that a PG&E power line near Paradise had problems in the minutes before the Camp Fire began—make it likely that the debate will return to the Capitol next year. Shares of PG&E, which already had been sliding, plunged 46 percent Wednesday before ending down 25 percent for the day. PG&E is the state’s largest utility.

Gov.-elect Gavin Newsom, meanwhile, said Tuesday that S.B. 901 is a “good first step” but that he would not opine about what other policies are needed until more facts are known about the latest fires in northern and southern California.

Though the source of the Camp Fire remains under investigation, PG&E said in its Securities and Exchange Commission filing that it would face potential liabilities far beyond its insurance coverage if its equipment is determined to be the cause. In a call with investors last week, PG&E’s CEO said the company will keep trying to change the liability law.

“While we’re pleased with the progress made, we will continue our focus on reforming inverse condemnation, including as part of the (governor’s) commission’s work as it comes together during the upcoming legislative session,” Geisha Williams said.

A spokesman for state Sen. Bill Dodd, who carried the wildfire bill, said the Napa Democrat has no interest in taking on legislation to change liability. And he insisted the prevention aspects of the new law will eventually work. While utilities won’t have mitigation plans until February, the companies say they are insulating wires, adding fuses, deploying high def cameras, installing weather stations, and will proactively shut off power under extreme fire conditions.

“This may not be any consolation to somebody today but going forward… utilities are going to have to put forth plans to keep their lines free of trees and for preventing new wildfires from starting,” said Paul Payne. “They’re going to have to have specific procedures in place that will prevent disasters.”

“My concern is that it allows the utilities to develop the plans themselves, and they haven’t been able to prevent the fires so far,” he said.

Hill, a longtime critic of PG&E, said he is considering legislation to in some way break up the company or shift it to government control. The idea is preliminary, and not at all fleshed out.

But it’s another indication that lawmakers aren’t done tackling wildfire prevention. The biggest legislative issue of 2018 is set to make an encore next year.

(Laurel Rosenhall covers California politics for CALmatters, with a focus on power and personalities in the statehouse. Judy Lin is a staff reporter for CALmatters, covering education, pensions and finance. This piece first appeared in CAL matters.) Prepped for CityWatch by Linda Abrams.