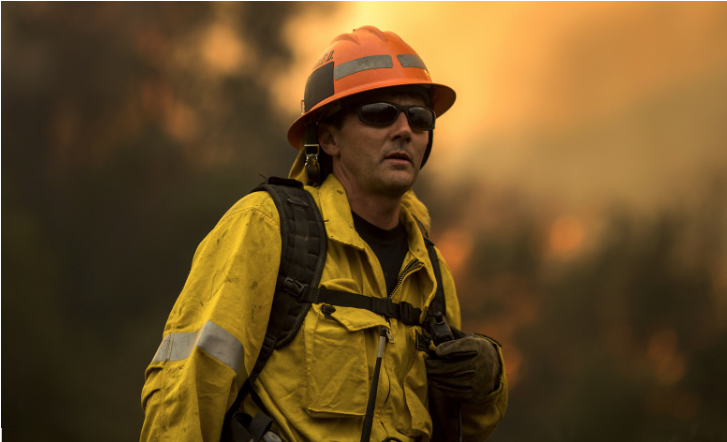 RANTZ & RAVEZ-I was going to reflect on the November National Election Results in this edition of RantZ and RaveZ and share my thoughts concerning how the results will impact the future of those of us living in Southern California.

I shared my pre-election recommendations in a previous RantZ and RaveZ, and was disappointed with the overall general election results ranging from National to local. I will hold that review and my comments for a future article. There are more pressing matters that involve the lives impacted by the recent fires in Northern and Southern California.

With the loss of life and massive damage caused by the recent fires in Paradise, California and large regions of Los Angeles and Ventura Counties, I am compelled to discuss my personal observations and suggestions to help prevent such a massive scale of death and destruction in the future when fire and wind combine to terrorize large portions of populated communities.

As a native of Los Angeles, I have lived through many exciting times as well as disasters. As an experienced LAPD Officer and elected LA City Councilman, I have witnessed many natural and man-made disasters -- fires, floods, riots, earthquakes -- along with captivating events such as the ’84 Olympics, Dodger World Series winners, Lakers and Kings winners and so many more.

I have served as the General Manager of the Bell Canyon Community Services District (A State Agency) in Ventura County for the past four years. For those not familiar with Bell Canyon, it is a private high-end equestrian community with approximately 700 custom homes built on large lots. While there is an established equestrian center for horses, many homes have stables adjacent to the main residences. The area is accessible by one two-lane road that is located west off Valley Circle and north of the 101 freeway, separating Los Angeles City and County from Ventura County. You must be a resident or guest of a resident to enter the secure community.

I was in Bell Canyon when the Woolsey Fire was approaching with high winds and massive flames lighting the evening sky on Thursday night. Red Flag warnings were posted as some families were voluntarily evacuating the area and going to local hotels while others were invited to stay with relatives and friends to remain safe.

The following day flames pushed by heavy winds moved south into the center of Bell Canyon and the surrounding communities west of Valley Circle. Mandatory evacuation orders were issued by the fire department and portions of the West Valley, Calabasas, Hidden Hills and other communities west were evacuated with huge smoke surrounding the area. All canyons connecting the Valley to the Coast were closed as flames and smoke continued to spread with the constantly changing heavy winds. The flames continued to move in a southerly and western direction continuing to destroy homes and property ending along the coast in Malibu. As of Wednesday morning, the flames were continuing to Point Mugu with hot spots sparking along the coast.

A huge number of homes were lost, and lives will be changed forever with the passing flames that consumed homes, businesses and landscape. Family memories were reduced to ashes with the survivors thanking God just to be alive. Think about contributing to those organizations that are helping the survivors of the Woolsey and Paradise Fires. The next time it could be you and your family impacted by flames and high winds.

In the northern part of California, the small town of Paradise is a quiet place near Chico where many retired to enjoy peace and tranquility in their senior years. All was fine until a fire erupted with limited resources to combat the flames. The out of control fire reportedly devastated the entire town claiming the lives of 48 people with many more still unaccounted for. Thousands of structures including many homes were destroyed. While the flames have been extinguished, the search for victims continues. In reviewing the retired book of LA Public Safety Personnel, I noted that many retired LA Public Safety members have relocated to Paradise to enjoy their wind-down years. May they all be found safe as the search for survivors continues.

If you reside in an area surrounded by brush and vegetation as we see in many parts of the San Fernando Valley and mountains of Los Angeles, it is important that you clear that brush as required by the fire department standards. When the Fire Department conducts their annual inspection of those areas, please comply with the directions. It is your property and that of your neighbors that are vulnerable to fires.

Some have complained about lack of fire resources deployed to the Woolsey and Paradise fires.  Remember that fire departments have a limited number of personnel and equipment. While there is a very active mutual aid agreement with the various fire departments, there are only so many fire fighters, fire apparatus, helicopters, super scoopers and other equipment. I know that our firefighters do all they can to protect life and property. It is not their neglect that impacts massive fires and lack of resources. It is that there are only so many resources to combat the spreading flames.

Support your public safety personnel. Both Fire and Police require personnel and resources. There is a cost for both. Vehicles and equipment are necessary when providing protection to communities.  The cost of air operations is very expensive, but worth whatever it takes to prevent the destruction or damage to you and your property.

Show appreciation to any public safety personnel you encounter in places impacted by the fires. If you see them at a restaurant, pick up the tab. I do that frequently and they truly appreciate it. It is a nice thing to do for those who work to protect you and your families.