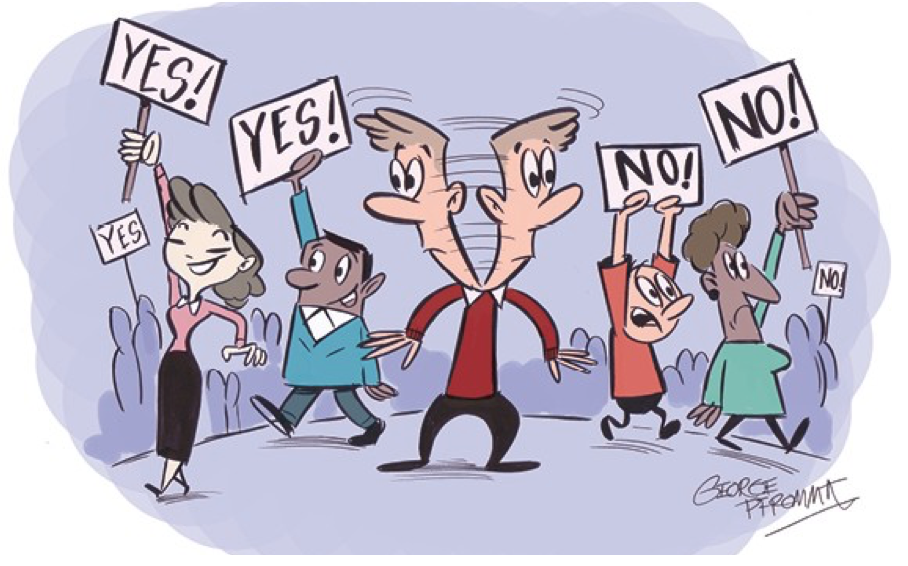 DEEGAN ON LA-The density versus housing preservation argument is as much about politics as it is about the specifics of density, preservation or the need for abundant and affordable housing.

It’s hard to have policy without having input from politicos and organizers at every level -- from special interest groups to neighborhood councils and homeowner or residential groups, to City Hall. Smart advocates are discovering a route to power for their arguments by running slates for neighborhood council seats. Already, the Los Feliz Neighborhood Council has been meaningfully altered with a victory in the May 12 election where five of nine candidates on Abundant Housing LA’s “pro-housing” slate won board seats.

There is danger in the politicization of the density versus preservation argument, but also opportunity. Aggressive abundant housing advocates seem to grasp this and are working hard to acquire voices at the fragmented local level. They are creating a cohesive citywide plan of attack that includes supporting legislation and fielding slates of candidates for neighborhood council elections. Other organizations are watching carefully and replicating what has worked to move homeowner group agendas forward.

Two advocacy groups doing just that are Miracle Mile Forward and Abundant Housing LA. MMF fought a losing battle against creation of a HPOZ (Historic Preservation Overlay Zone) but took the remnants of the organization they built from scratch (Say No HPOZ) and are applying it to what they see as moving the Miracle Mile forward. Abundant Housing LA has citywide aspirations and may have found a successful playbook for acquiring seats on neighborhood councils.

Both organizations shared some of their thoughts with CityWatch:

Abundant Housing LAis a citywide grassroots organization that is trying to expand the influence of its base. A spokesperson for the group told CityWatchthat its goal is to inspire people (specifically from their base) who have not been involved with neighborhood councils in the past to run for open NC seats.

The nearly 100 neighborhood councils in the citywide system have a fair amount of power to use their Charter-mandated advisory role to influence what happens in their areas. The AHLA says that as it reaches out to find people who have traditionally not been involved, the education component is very important, with one of the biggest pieces being to help potential board candidates understand and see examples of how NCs work.

A recent election for seats on the Los Feliz Neighborhood Council tested this political formula. The citywide grassroots organization had its members who lived within the Los Feliz NC boundaries attend the LFNC candidate forums, and listen, along with group organizers and leadership, to the debates. For the potential candidates it was a way of learning more about the issues and how their perspective could fit in. For the group leadership, it was a chance to see who was running and who they might want to put on their slate of candidates.

Once it was decided who the group would back, a slate was named, and flyers were distributed to Abundant Housing LA’s followers in the neighborhood. This strategy seemed to work well, resulting in over 50% of the AHLA preferred slate elected.

As the Department of Neighborhood Empowerment (DONE) schedules dates for a majority of the Neighborhood Council elections next spring, it’s likely that this winning template will be applied to many more NCs, giving Abundant Housing LA some friendly NC board voices across the city.

Under DONE's permeable definition of what a “stakeholder” is, almost anyone can make a case that they are qualified to vote in any neighborhood council election. Online voting – a process that raised concerns in a pilot program last election cycle -- is another porous entry point to acquiring votes for board seats.

The“listening and replicating” model can be seen in how Miracle Mile Forwardhas been crafting its next moves. Henry van Moyland, co-founder of Miracle Mile Forward, told CityWatch,“In many ways I feel Miracle Mile Forward, the successor to Say No HPOZ, would not exist without the HOAs setting the agenda for four decades before we got going. We were brought together by a single issue, an overreach that they created, which was turning the neighborhood into an HPOZ. So, we learned all we could from that. They had an email blast, we did also; they had political contacts, we got some. Our advocacy began with the HPOZ and we learned from them. If it were not for the MMRA, we would have no model to follow.

“A critical change in preservation was the Louvre (see pic). When that worked, European preservation really changed direction. They started accommodating contrasting architectural styles. The standard HPOZ does not allow contemporary architecture as a possibility for infill or additions. It is the taste police, with control of landscaping, paint color, the way families choose how their homes related to the street. It was about cultural domination. That's what got me involved.

“If preserved architecture isn't strong enough to stand up side by side with contemporary architecture, maybe it's not worth preserving,” concluded van Moyland.

Neighborhood Councils and Homeowner and Residential Associations may be soft targets for well-organized and aggressive disruptors in the ongoing politics of density and preservation. The city is changing rapidly; what it looks like a few years from now could hinge on how NCs and HOAs react to the sudden pressures of disruption they may not be ready to defend against.

While we’re a long way from hearing the end of the preservation versus density argument, some choice words spoken by Barack Obama apply:“Everybody knows politics is a contact sport.”