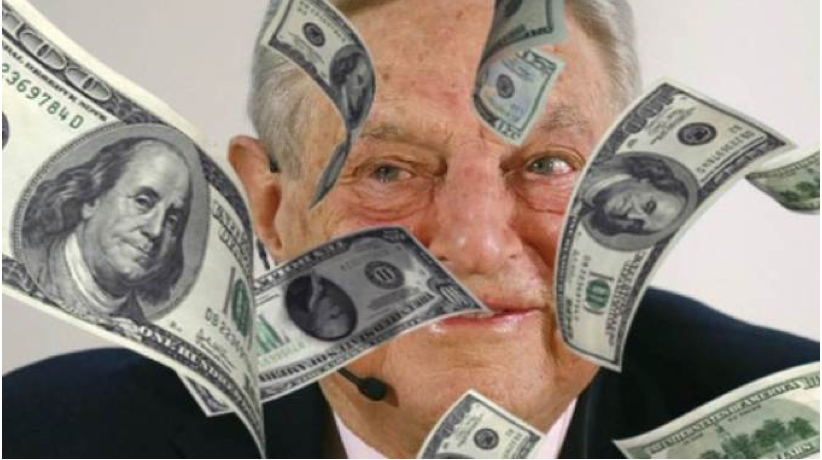 KEEPING THE ELECTIONS FAIR-We have highlighted in previous blogs the attempt to bypass the legislative and initiative process through the installation of elected Deputy District Attorneys who promise to ignore criminal statutes with which they disagree.

This effort has been financed in large part by out of state billionaire George Soros, who solely funds the (misnamed) California Justice and Public Safety PAC.

Some have asked why the Association of Los Angeles Deputy District Attorneys (ADDA) would involve itself in District Attorney races in other counties. The answer is, that although Deputy District Attorneys work for the county, when we walk into court and announce our appearance it is on behalf of the People of the State of California. So, although rules of venue divide the workload by county, our duty is to represent all the residents in the state. Moreover, the laws we enforce are not county laws, they are state laws, enacted through legislation or initiative.

When a candidate for District Attorney announces they will not enforce laws they disagree with, they are undermining the rule of law. For example, the residents of California have repeatedly voted to uphold the death penalty. A candidate who promises to refuse to ever seek the death penalty is not exercising discretion but instead undermining the laws of this state and the will of the voters.

Let's look at some of the races in California.

Sacramento District Attorney Anne Marie Shubert is one of only two openly gay DAs. During her term as DA she has:

Her opponent is a prosecutor from a wealthy family who is currently under investigation for prosecutorial misconduct for allegations that he made a secret deal with a murderer to testify falsely against the less-culpable codefendants in exchange for a recommendation for a lesser offense. The allegations, if true are not only an ethics violation but a Felony offense under Penal Code Section 141.

Yolo District Attorney, Jeff Reisig, is an experienced, respected, thoughtful and innovative District Attorney which earned him the endorsement of the Sacramento Bee. During his term, he has:

His Soros-backed opponent, Dean Johansson, has been accused of domestic violence, as revealed by police reports obtained by Crime Victims United, stemming from a 2007 incident in which he allegedly kicked his minor son in the chest and pulled his daughter out of the house by her hair. He has pledged on his website to stop seeking the death penalty.

San Diego District Attorney Summer Stephan has been a prosecutor in San Diego County for more than 28 years. She is a child of immigrants and has led the effort to end human trafficking and sexual exploitation of minors. During her term, she has:

Her opponent, Genevieve Jones-Wright, who was described by the Washington Free Beacon as "far left" has received over $200,000 in campaign support from the California Justice and Safety PAC. She has pledged not to prosecute the death penalty or offenses which she believes "disproportionately affect homeless people.” She has also announced she believes "mass incarceration" is a "public health epidemic."

District Attorney Nancy O'Malley was the county's first woman to serve as District Attorney. She led a statewide drive to curb human trafficking; created the Alameda County Family Justice Center, providing legal, health and other services to violence victims; and pushed for bail reform in the county.

The Mercury News Editorial Board said, "In the race for Alameda County district attorney, there are two candidates, only one of whom is fully qualified for the county's most powerful law enforcement position."

Soros is spending money to elect Pamela Price, who like the other candidates opposes the death penalty. Price also vowed if elected that she will avoid prosecuting misdemeanors, including DUI and domestic violence cases. Recently, a former client who had been victim of sexual abuse, accused Price of  exploiting her out of greed, by requiring the victim to sign over book and movie rights to her story.

The oath of office of a District Attorney is to uphold ALL laws, not promise to ignore the ones they personally don't like. The Soros backed candidates fail that test.