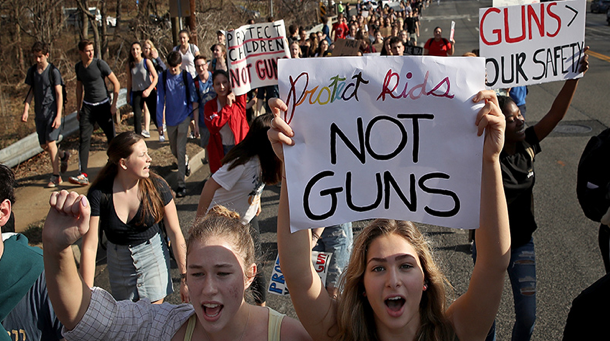 MARCH WITH FLORIDA’S KIDS--I am ashamed of My LAUSD!

I just heard on KPCC that LAUSD is “asking its students not to walk out on Wednesday”.

LAUSD is further asking its parents to encourage its kids not to walk out, not to honor their “colleagues” who died and call attention to their own jeopardy as sitting ducks in a fishbowl of an enclosed institution.

Yes, LAUSD is mandated to keep our children safe. But yes, their capacity to do so is limited by the milieu in which we all operate. 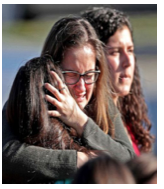 Guns are everywhere, “hormones” are especially prevalent in High Schools and it is everyone’s right and responsibility to agitate for basic, housekeeping rules-of-society to keep their own safe.

OK, it won’t keep them entirely “Safe”; that’s not the point. Important incremental change is, and acknowledging the imbalance of respect is. Respecting the legal right of property over one’s legal right of well-being is a strange choice. It is everyone’s prerogative to weigh in on, and the public has done so in direct opposition with our elected officials.

If our Kids want to turn out with their colleagues all across the nation, it is my opinion that our kids’ administrators should enable this important stance, not discourage it.

Please forward this far and wide. I would be happy to sign my kid out
if that would help LAUSD legally … is there room for negotiation?

(Sara Roos is a politically active resident of Mar Vista, a biostatistician, the parent of two teenaged LAUSD students and a CityWatch contributor, who blogs at redqueeninla.com).