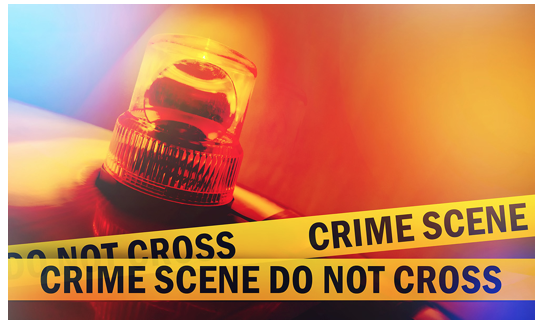 CAL MATTERS-In the main, issues that dominate any session of the California Legislature reflect what the public and news media consider at the time to be the most burning. That’s why, for instance, the state’s acute housing shortage will receive much attention during the final month of this year’s session.

During Jerry Brown’s first governorship four decades ago, the most burning issue was the state’s sharply rising crime rate. It decided many contests for statewide, legislative and local offices and worked particularly well for Republicans.

Brown, Republican successors George Deukmejian and Pete Wilson and legislators sharply increased penalties and built dozens of new prisons. Voters also reflected the lock-‘em-up tenor of the times with such measures as the “three-strikes-and-you’re-out”  sentencing law, imposing life sentences on repeat felons. It passed by a nearly 3-1 margin in 1994.

California went from having about 20,000 prison inmates when Brown began his first stint as governor to a peak of over 160,000 before federal judges began ordering a reduction in severe overcrowding just before he returned to the governorship in 2011.

Voter passage of the three-strikes measure occurred just after California’s dramatic increase in crime, both violent and non-violent, hit a peak. Its violent crime rate had more than tripled from 298 per 100,000 population in 1966 to 1,104 in 1992, according to the state Department of Justice’s recently updated crime report.

Over the next couple of decades, crime rates trended downward, sparking a perpetual debate over whether the tough sentencing policies had paid off with less crime, or whether changing economic and demographic conditions had caused the decline.

Since 2010, California’s attitude toward crime and punishment has undergone a dramatic change. With Brown’s return, a more liberal Legislature and federal court orders on prison overcrowding, California has reversed course, softening penalties for many crimes and adopting more lenient parole and probation policies.

One landmark was Proposition 47, passed by voters in 2014, that downgraded many felonies, particularly drug offenses, to misdemeanors. Another was the Brown-sponsored Proposition 57 last year that undid many tough sentencing laws, including those he had signed during his first governorship.

The state’s prison population has declined by more than one-fourth to comply with federal court orders, in part by diverting low-level felons into local jails via “realignment.”

Law enforcement officials and prosecutors generally opposed the new leniency, warning that putting fewer miscreants behind bars would inevitably increase crime. And the latest state crime report may point in that direction.

While property crimes such as burglary and car theft have continued to decline, down 1.9 percent between 2011 and 2016, violent crimes have spiked, up 7.4 percent during that period, with “aggravated assault” seeing the biggest jump.

“Releasing thieves to commit more crimes and allowing drug offenders to roam freely in the community without mandating and imposing treatment does absolutely nothing to diminish criminal behavior. It increases crime, and it is simply reckless,” Robert Sass, vice president of the Association for Los Angeles Deputy Sheriffs, said in a recent Los Angeles Daily News article.

Crime, after all, isn’t just a statistical game. It’s a human tragedy for the 174,701 Californians who were victims of violent crime in 2016, and California’s new leniency caused some of their pain.

Were the upward crime trend to continue, it might once again re-emerge as a burning political issue.

(Dan Walters has been a journalist for nearly 57 years, spending all but a few of those years working for California newspapers. He has written more than 9,000 columns about California and its politics and his column has appeared in many publications, including The Sacramento Bee, The Wall Street Journal and the Christian Science Monitor. This Walters perspective originated at CalMatters … a nonpartisan, nonprofit journalism venture committed to explaining how California’s state Capitol works and why it matters.) Prepped for CityWatch by Linda Abrams.