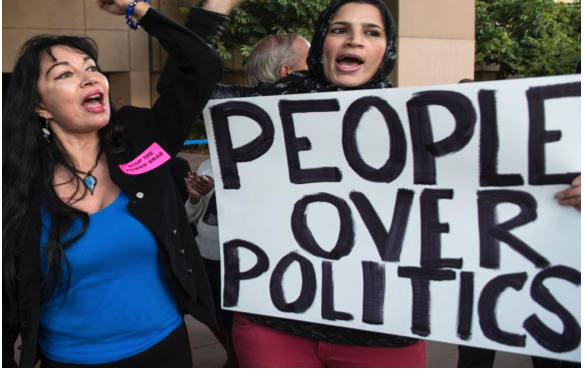 RANTZ AND RAVEZ-There is so much to review with you that I don’t know where to begin. Should I start with the RaveZ or the RantZ? Remember that RaveZ are the good things while RantZ are the bad or not so good things I come across in my daily dealings as a life-long resident of Los Angeles.

My connection with Los Angeles includes a 33-year career with the LAPD, an election to the Charter Reform Commission and twelve years as a Los Angeles City Councilman.

Following the March 7 election, I reported on a number of RaveZ and congratulated the winners of the various offices. Some readers I have subsequently met in the community have reminded me that they truly enjoy my RantZ and the criticism of the out-of-touch politicians that blunder with their votes, squander tax dollars and forsake representation of you, the hard-working, frustrated taxpayers of this region of Southern California. With that in mind, here we go.

On the state level, there is the Governor, State Senators and Assembly members. They are currently working on programs to increase the gas tax, adding to all the other taxes we all pay. Some are also working on establishing California as a Sanctuary State.

Then there are the five members of the Los Angeles County Board of Supervisors who have one public meeting a week. This is in comparison to the three public meetings the LA City Council has weekly. Not many people know exactly what the County Supervisors actually do since we seldom hear from them. It is like a secret operation of government. Think about it. What exactly do they do with the billions of dollars they collect in taxes?

Last, but not least, we have the Mayor of Los Angeles and the 14 out of 15 Los Angeles City Council members. One council seat remains vacant due to the fact that one elected official left office for a lobbying opportunity in Sacramento. It must be a well-paying job up there, considering that LA City Councilmembers receive an annual salary of nearly $190,000 a year, plus a car and a pension and many other perks that come along with the job. No wonder so many former California state elected officials serving in Sacramento run for LA City Council seats.

Let’s do the count of former Sacramento elected officials who are now Los Angeles City Councilmembers: Districts 1, 2, 3 ,5, 9 and 10. Hopefully they will get together and pave the streets, fix the broken sidewalks and use the money you voted for in recent elections to address the homeless crisis that has continued to grow by leaps and bounds throughout Los Angeles, negatively impacting the quality of life in nearly every neighborhood. This includes people living in freeway underpasses, local parks, on sidewalks and in motorhomes parked along so many local streets throughout Los Angeles. It is like a fire that continues to burn and grow with no end in sight.

You have done your job by voting for more taxes to address the matter. We can only hope and pray that the elected powers-that-be can finally address and reduce or eliminate the situation in the City of the Angels.

I told you so…and I was right in the end!

While I was serving as the LA City Councilman for the 3rd Council District in the South West San Fernando Valley, I was approached by a developer who wanted to purchase an old abandoned school on Fallbrook south of Victory Blvd to build an elder care facility. Knowing the need for quality facilities for our aging population, I reviewed the proposal and gave my full and complete approval for the development. Knowing Fallbrook as a major roadway with a 45 mph speed limit with multiple lanes and a variety of businesses, both commercial and residential, I did not hesitate in my approval of the facility.

Serving on the Board of the Jewish Home for the Aging “Executives” committee for over 20 years, I clearly know the need and concerns of our aging population. All was going well until some members of the community decided to file a lawsuit and forced the developer to modify the facility and put a fortune of money into an account to compensate those that joined the suit. This amount was over $400,000! After an agreement was made with the group, another group of residents decided to protest the facility and pressured the local city councilmen to pull his support for the facility. After all the dealings for a number of years and a court review, the matter was heard before the South Valley Los Angeles Area Planning Commission on March 23. The commission ruled in favor of the developer.

Finally, after years of review and debate and argument and court cases, senior residents of our community will have another safe and comfortable place to reside in peace and happiness. I want to congratulate Councilman Bob Blumenfield for standing up for seniors and fighting the good fight against a few NIMBYs from the “Preserve Walnut Acres” group that went down in flames.

There you have it. Another edition of RantZ and RaveZ for your reading entertainment. I welcome your comments at Zman8910@aol.com.

(Dennis P. Zine is a 33-year member of the Los Angeles Police Department and former Vice-Chairman of the Elected Los Angeles City Charter Reform Commission, a 12-year member of the Los Angeles City Council and a current LAPD Reserve Officer who serves as a member of the Fugitive Warrant Detail assigned out of Gang and Narcotics Division. Zine was a candidate for City Controller last city election. He writes RantZ & RaveZ for CityWatch. You can contact him at Zman8910@aol.com. Mr. Zine’s views are his own and do not reflect the views of CityWatch.) Edited for CityWatch by Linda Abrams.