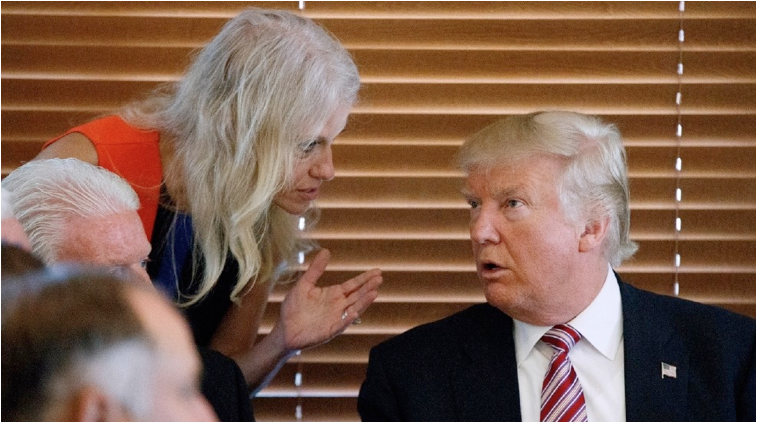 GELFAND’S WORLD-Los Angeles Times journalists were forbidden by their management to attend Saturday's enormous demonstration against racism and misogyny. Presumably this edict did not apply to reporters who were assigned to the story, but it did ban everyone else on the staff. Normal people who haven't attended journalism school may find this a bit incomprehensible. If the KKK were marching through Silverlake, would Times employees who live there be forbidden from standing on the sidewalk and jeering? Apparently they would be.

What is that underlying principle? The Times management used that old term objectivity to explain their reasoning. You can read about it in Kevin Roderick's piece from LA Observed in which Times representative Marc Duvoisin wrote:

"The Women’s March on Washington and related events in Los Angeles and around the country will take place Saturday, and a number of newsroom staffers have asked if it is OK for them to participate.

"In keeping with the LA Times’ long-standing ethics guidelines, the answer is no. Times journalists who are not covering these events should not participate in them.

"Under our ethics guidelines, we are all obliged to refrain from public expressions of our personal political views, in order to safeguard The Times’ objectivity in fact as well as appearance."

The idea seems to be that newspapers like the Times feel the need to be seen as honest and honorable to a fault. On a big city daily newspaper, no reporter should bring a personal interest, either emotional or financial, to an investigation, as that direction leads to biased stories. Everybody is supposed to be the reincarnation of Detective Joe Friday from Dragnet: "All we want are the facts, ma'am."

At the level of simple facts, there is a lot to be said for journalistic objectivity. It's important to avoid printing that Joe Smith was arrested for DUI when it was, in fact, Joe Jones. It is important to quote people accurately and to avoid making accusations without careful fact checking.

This approach to journalistic care evolved over time. By the time I started writing for The American Reporter, the editor explained to me that before I could report that someone had likely committed a crime, it was my duty to give that person a call. Even in the most obvious cases, it was my responsibility to give the subject a chance to defend himself. The rule goes wider than this, basically to all disputes, both criminal and civil. If you accuse Jones of hitting Smith, then you have to give Jones a chance to respond.

That's an aspect of so-called objective journalism that is defensible. Our criminal justice system guarantees the right to respond to accusations. There is no reason that journalism should be less careful.

There is a problem though. Not everyone is honest. Some people being interviewed are not credible. Some responses are grossly illogical and some are clearly and obviously contrary to facts.

For example, the problem comes to a head when people arguing against the science of vaccination use grossly inaccurate allegations knitted together with illogic. Up until a couple of years ago, reporters took statements from both sides of the vaccine argument and treated them more or less equally. The story would be balanced in terms of pros and cons, even though there is a mass of evidence (and a mass of expert opinion) that vastly tends towards one side rather than the other. Out of this, the defenders of science have developed the term "false balance" to describe the old fashioned (and lazy) way that such stories used to be handled.

When it comes to journalism, politics can be a lot more difficult to write than science, because politics allows for value judgments. Opposing candidates may disagree on tax policy without necessarily doing damage to the facts. One candidate believes in spending tax dollars on public services while the other believes in protecting taxpayers from rate increases.

So far so good. Objective journalism calls for providing the statements of both candidates, as opposed to presenting the words of the person you like better or, alternately, glorifying the person who is going to hire your nephew when he gets elected.

Let's consider the assertion that Barack Obama was not born in the United States. The story had supporters in the tabloids and in snarky remarks made on Fox News. According to the old tenets of objective journalism, a newspaper like the Times would be careful to review the facts, provide documents and statements made to reporters, and treat the issue as done as of that point.

Meanwhile, the big lie was circulated and repeated on a thousand talk radio stations and by the tabloids and Fox News.

And this is where the big city dailies have failed us. At a certain point, the assertions of the birthers (as they were called) became the story. The misstatements and illogical assertions that made up birtherism had been debunked -- they were not taken seriously by logical thinkers -- but the liars kept lying and the big lie continued to circulate.

The real story was the violation done to journalism itself in the interest of a nasty form of partisan politics. The dailies treated this national big lie as outside of the boundaries of the objective journalism they were willing to engage in.

There is another point of view developing. Talking Points Memo refers us to a speech given by a journalist named Dan Gillmore. Speaking to an international group in Barcelona, he argued that journalists must become activists. The full text of his speech is fairly long, but the gist is that freedom of the press and of speech are in jeopardy, and journalists have to defend them. Gillmor argues that journalists need to be activists.

The Gillmor speech and the actions of the LA Times are directly contradictory. Gillmor presents a model of journalists as critical thinkers who work to unearth the facts and to present them while in all cases maintaining their own integrity and self respect. Journalists are expected to have principles of their own and to directly defend the principles that deal with educating the public as to the real facts.

It's a little hard to take that heroic view of journalism as a profession and as a calling, and then explain to your staff that they can't even make a personal statement against bigotry. The vision of the newspaper employee as political eunuch comes to mind.

The Times ban against participating in a demonstration meant to defend personal and reproductive freedom is just one symptom of the problem.

The right wing has a giant apparatus determined to destroy the ability of the newspapers to teach what is true. That's why the right wingers constantly refer to liberal bias in newspapers. They feel the need to tear down legitimate news in order to get away with the lies they tell.

Meanwhile, the right wing opposition is nothing but political, and revels in it.

Until the big city newspapers recognize that they are in a fight not only for advertising dollars but for defining peoples' world view, they are on the losing side.

The old joke is that reality has a liberal bias. It came out of the recognition that conservatism has denied such straightforward truths as evolution and global warming.

To newspapers I say, why not embrace your bias towards real truth and allow your stories to bring out the fact that Trump's staff are lying outright to the public?

I think we can see some of that attitude coming out in the online community. It's only been three days since the inauguration, and the amazing propensity of Trump spokesmen such as Sean Spicer and Kellyanne Conway to lie brazenly is becoming a bigger story than the substance of what they are actually saying.

Conway has already coined the phrase that may ultimately be best remembered from the Trump years, alternative facts. Here we are, less than a week into Trump's first term (OK, just wanted to see if you were listening) and Conway has already created her own version of Hiking the Appalachian Trail. Who knows what she'll create in week number two?

It's time that the so-called objective sources including the Times take up the real story, the objective fact that the right wing leadership has made it a practice of telling lies chronically and without moral concern. Conway's defense of "alternative facts" should be the only clue we need.

It should be perfectly acceptable for a political story to make clear that a politician lied to the reporter. More importantly, it should be the obligation of legitimate news sources such as the Times to develop an ongoing storyline about how the right wing outlets such as Fox are misrepresenting the facts and misleading the public.