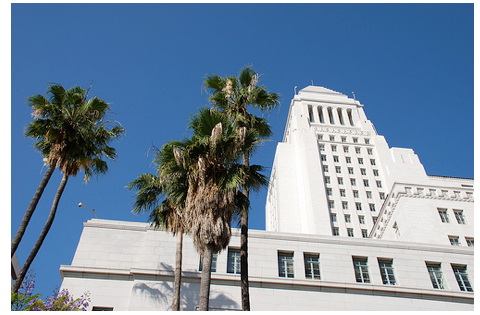 Please note that Neighborhood Council boards may not give a Neighborhood Purposes Grant (NPG) to a non-profit school [NFP] or an LAUSD school, where a board member’s child attends. The entire board is precluded from hearing the matter. It is not sufficient for the board member with the child to simply recuse themselves from voting on the matter, the NPG will not be funded.

This is an absolute bombshell in terms of neighborhood engagement. Quite simply, it disenfranchises all stakeholders with a child in any NFP school, including all of Los Angeles’ public unified school district: LAUSD.

Right on the eve of NC candidate-declarations, DONE has specifically singled out public-school parents (including guardians? DONE doesn’t say…), effectively requiring them to shoulder personal responsibility for disqualifying any local Neighborhood Council NPG support potentially dedicated toward that core of the family’s scholastic life: their local public district school.

While NCs across the city struggle to fulfill the first Goal and Objective of the NC System, to:

DONE has expressly impeded public participation from the entirety of one whole public sector, and the biggest one at that: public schools and the families they serve.

Numerous parents have indicated to me personally that they would never run for a NC seat should this result in discrimination against their child’s school.

So just like that, millions are disenfranchised, preferentially and prejudicially, from the NC system. Are the parents of children attending private school similarly disenfranchised? What could be the justification for penalizing a public school parent for civic engagement? Are any other public sector employees thus penalized? Police? Fire fighters? Public health workers? Public school employees? NC-participating teens? Volunteers participating in NC-sponsored NPGs?

More, DONE has effectively emasculated its third Goal and Objective for this entire public sector of NFP schools. With Education advocate-stakeholders censored, no one will be empowered to

Non-stakeholders of a NFP school will lack motivation and knowledge of how to advocate for that school. With NC budgets more than 25% smaller than originally designed, even those faintest of remaining champions for local public district schools will be relegated to silence.

This directive – which is neither policy nor law – is simply the declaration of one COLA department to arbitrarily discriminate against LAUSD families. It is impossible to understand how this directive cannot be considered discriminatory, in direct opposition to NC Goals and Objectives number:

Systematically and prejudicially discriminating against LAUSD family-participation in the NC process is tantamount to a vendetta inflicting unequal opportunity. It is therefore further contrary to Goals and Objectives number:

I get a little tired of informal DONE- and BONC-bashing. But this injunction is intolerable. It cripples precisely that which distinguishes the essential system of NC’s, its “means for traditionally disenfranchised citizens of Los Angeles to become engaged in the political life of the city”.

Please convey your dismay at this sabotage vociferously:

(iii) City Attorney, 213-978-8100, toward whose office DONE is referring all questions regarding this directive.