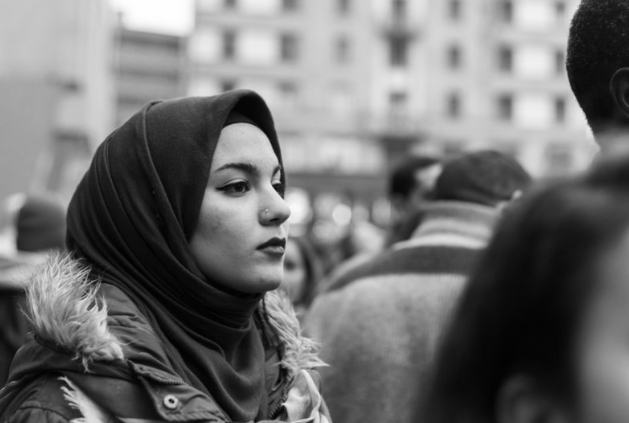 NEW RESISTANCE-- “Yes, I had sex with a free thinking and physically attractive man and I don’t feel ashamed,” she declared in a recent Facebook post entitled “I Had Sex.”

“Rather I feel strong, worthy and ... like I made the right choice.” (Photo above: Dareen Halima, a Syrian refugee in Holland, is taking Arab social media by storm.)

Halima is no stranger to outspoken advocacy—her NGO Nasawyia (the Arabic word for “feminism”) promotes literacy around women’s rights—but “I Had Sex” has catapulted her into the spotlight. Halima’s assertion that she felt empowered by casual sex, rather than ashamed, struck at a central taboo among Muslim communities that weaponize Islamic law to suppress women’s agency. The female body is the site of abiding controversy, politicization, and control in Islam—until last month, the Saudi government barred women from traveling, registering a divorce or marriage, or applying for official documents without permission from a male guardian.

As a result, Halima’s post attracted tens of thousands of comments applauding her courage—as well as such emphatic outcry that, she tells me, Facebook is currently considering shutting her page down. (Read the rest.)