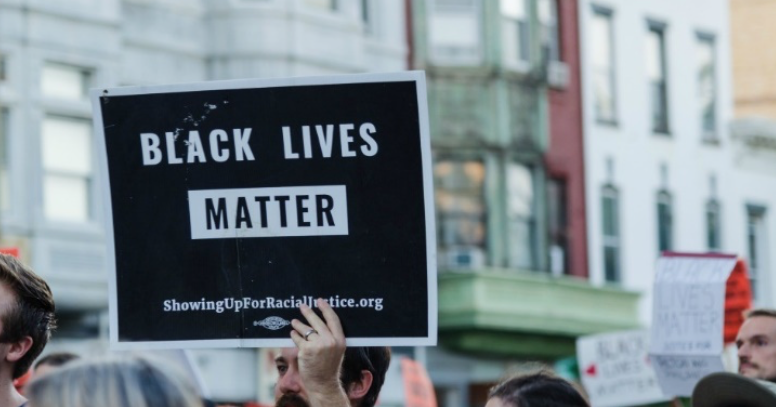 GUEST COMMENTARY--Anyone feeling the need to defend Baltimore from Trump’s opinions ought to talk about what really ails that city.

There is only one person worthy of being defended in the wake of Donald Trump’s twitter tirade against Congressional Black Caucus member Elijah Cummings and the city of Baltimore. That man is Keith Davis, Jr.

In 2015 Davis was shot by Baltimore police. When he survived the 30-shot fusillade they planted evidence and charged him with the murder of another man. After three bites at the prosecutorial apple Davis was convicted of the killing this week.

When Trump isn’t telling black and brown Americans to “go back where they came from” he is getting into petty fights with members of Congress and making them look good, even when they are not deserving of great praise.

Elijah Cummings is the latest recipient of the undeserved gift. Acting in his capacity as Chairman of the House Oversight Committee he criticized Trump immigration policy and treatment of asylum seekers at the border. He also subpoenaed documents from members of the administration and the president’s family and ended up in the crosshairs as a result. In his usual fashion Trump went on an unhinged, days long diatribe. He labeled the city “rat infested” and said “no human being”, that is to say anyone other than black people, should want to live there.

The response was all too predictable. Baltimoreans defended their city and proclaimed that it is not rat infested and that they are in fact good, hard working people. A CNN anchor was moved to tears as he spoke of his hometown. Pundits and politicians competed with one another to see who could condemn Trump most vociferously.

There is no reason to spend time defending Baltimore, uplifting Cummings, excoriating Trump, or wringing hands about his presidency. Trump received 2 million more votes in 2016 than Mitt Romney did in 2012 precisely because he made blatant racist appeals. He stripped the Republican Party down to its barest essence as the white people’s party and white people lined up right behind him.

The days of shock and outrage over every Trump utterance should end. Cool headed analysis is needed and that may mean that Elijah Cummings and his cohort should not be elevated because of Trump’s latest evil musing. Cummings is nothing more than a go along to get along member of the black political class that has worked against the interests of the people they represent.

When Cummings constituents and other Baltimore residents rose up in protest after the 2015 police killing of Freddie Gray he was either silent or condemned the righteous protest. In 2017 a policeman was killed in the Park neighborhood under very suspicious circumstances. He was scheduled to testify against his fellow officers and was then shot to death. Harlem Park was treated like a gigantic crime scene and was cordoned off as the police saw fit. Residents weren’t permitted to move about without police permission and Cummings was silent about this blatantly unconstitutional act.

Baltimore is a city in need. It suffers from the ills of deindustrialization, unemployment and gentrification which is displacing the black population. Anyone feeling the need to defend Baltimore from Trump’s opinions ought to talk about what really ails that city. Like many others it is majority black, for now, and is in the hands of black elected officials.

Black Agenda Report has reported extensively on Baltimore’s suffering at the hands of the compliant black misleadership class. A former mayor vetoed a bill to increase the minimum wage. The banksters continue their practice of denying black residents mortgages in hopes of getting them out of that city altogether.

Baltimore is a microcosm of the urban areas abandoned by whites for decades but now targeted for their return and the expulsion of black people. The black people allowed to remain in positions of authority know the rules all too well. They are mayors or congressmen or police commissioners or city council people because they promise not to not rock any boats.

Condemning Trump is akin to shooting fish in a barrel. Taking on the black district attorney who victimized Keith Davis requires more intestinal fortitude. Baltimore police violence and corruption are endemic and the cops are crooked as Black Agenda Report has also reported. But prosecutors work hand in hand with the occupying police enemy in Baltimore and around the country.

There is more reason to rise up in righteous indignation over the Keith Davis verdict than Trump’s latest rant. Davis’s plight is that of all black people. Trump represents the white people who tell Cummings and company what to do. Despite all protestations to the contrary they do as they are told and deny minimum wage increases, and provide protection to police, banksters and other malefactors. This week we should not spend much time thinking about Elijah Cummings. It is Keith Davis who should be on our minds.

(Margaret Kimberley's Freedom Rider column appears weekly at the Black Agenda Report. Kimberley lives in New York City, and can be reached via e-Mail at Margaret.Kimberley@BlackAgendaReport.com. She writes for Common Dreams and contributes to CityWatch.)