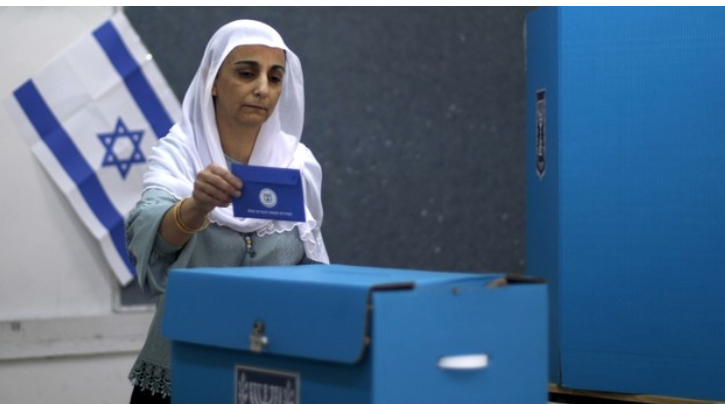 WORLD WATCH--As Israel prepares for the parliamentary election in September, its second in five months, most national security experts, politically savvy individuals, and academics suggest that this election may well be the most critical since the year 2000.

Since that time, the geopolitics and regional security have changed dramatically, which could lead either to regional conflagration or peace, which largely depends on who the next Israeli prime minister will be and the general political leaning of the new government.

There is a growing consensus among Israelis that if Prime Minister Netanyahu forms the next government, Israel will lose a historic opportunity to reach an Israeli-Palestinian peace agreement based on a two-state solution, in the context of a comprehensive Arab-Israeli peace.

The question is, how to deprive Netanyahu and his Likud party of winning a relative majority that will allow him to form the next right-wing government—a government which would dangerously escalate regional tensions and forfeit any prospect of an Israeli-Palestinian peace for the foreseeable future.

The answer is that if Kahol Lavan (Blue and White Party), which was established last April and led by Gantz and Lapid, put the country’s national interests first by ending their personal squabbles, articulating a unity of purpose, and focusing only on national security – where they have an overwhelming advantage over Netanyahu – it can potentially defeat a Likud Party led by Netanyahu and form the next government.

Netanyahu, who is now the longest-serving prime minister since the founding of the state, has skillfully made his name synonymous with Israel’s national security. It is true that he has contributed to making Israel a regional power, but he failed to reach an Israeli-Palestinian peace, which would provide the ultimate security for the state. Instead, he resorted to fearmongering, persuading a majority of Israelis that the Palestinians cannot be trusted and that a Palestinian state will pose the greatest menace to Israel’s long-term national security.

Now, Netanyahu is running again using the same sinister technique of fearmongering, presenting himself as “Mister Security” who alone can save the country from a perilous future. After serving 11 consecutive years as prime minister, however, Netanyahu has become ever more power-hungry and corrupt. He faces possible charges of bribery, fraud, and breach of trust in connection with three cases. He is now fighting for his political life, hoping that his re-election will spare him from facing up to 10 years in jail if convicted.

As such, Netanyahu has now become a greater liability than an asset to Israel’s security. His vow to never to allow the establishment of a Palestinian state under his watch and his leaning toward the annexation of the West Bank will render Israel nothing short of a garrison and apartheid state living by the gun, which is to Israel’s detriment as an independent democratic state with a sustainable Jewish majority.

This is particularly worrisome at a time when the Arab states, especially Saudi Arabia and other Gulf states, have openly allied themselves with Israel against their common enemies — Iran and Global Jihad/Radical Islam — and clearly indicated their willingness to forge peace with Israel, once an Israeli-Palestinian peace agreement is achieved.

Kahol Lavan must now seize the unprecedented opportunity to deny Netanyahu another term by assuming the mantra of national security. They should dramatically change Israel’s trajectory toward peace with the Palestinians, even though they are avoiding speaking about a two-state solution which most of them privately embrace, provided that Israel’s security is not compromised now or at any time in the future.

Although Israel can militarily defeat any country or a combination of countries in the region, Israel has legitimate reasons to be concerned about its national security, which is embedded in the psyche of every Israeli. These concerns can be traced back to the Holocaust, decades of enmity from the Arab states, Iran and its surrogates’ (Hezbollah and Hamas) continuing existential threats, terrorism, and future uncertainty given the region’s instability and power rivalries.

What is critically important, however, is that Israel’s ultimate national security rests on a permanent peace with the Palestinians. In any peace talks, they will insist that every measure must be taken to ensure the security of the state, without compromising the establishment of an independent Palestinian state that fully cooperates with Israel on all security matters.

The shifting political dynamic in the region, in addition to Egypt and Jordan’s peace with Israel, is that the majority of the Sunni Arab states recognize that Israel is the region’s superpower, with the most advanced technology, which these states desire. But above all, Israel’s military prowess provides the ultimate shield to protect them from Shiite Iran.

To be sure, Israel faces a critical crossroad and the stakes have never been higher. The leaders of Kahol Lavan stand an excellent chance to garner a relative majority and form a new coalition government with the center and left-of-center parties.

According to almost all polls, a majority of Israelis fully support the two-state solution. They want to be assured, however, that the state’s security will not be compromised with the creation of a Palestinian state but rather enhanced, especially if an Israeli-Palestinian peace is achieved in the context of a comprehensive Arab-Israeli peace, as part of the new Middle East which is being built in front of our eyes.

Kahol Lavan, together with a block of the center-left parties, have a historic opportunity to realize it.

(Shabtai Shavit is a former Director of Mossad. Dr. Alon Ben-Meir is a professor of international relations at the Center for Global Affairs at NYU. He teaches courses on international negotiation and Middle Eastern studies and is a contributor to CityWatch.)