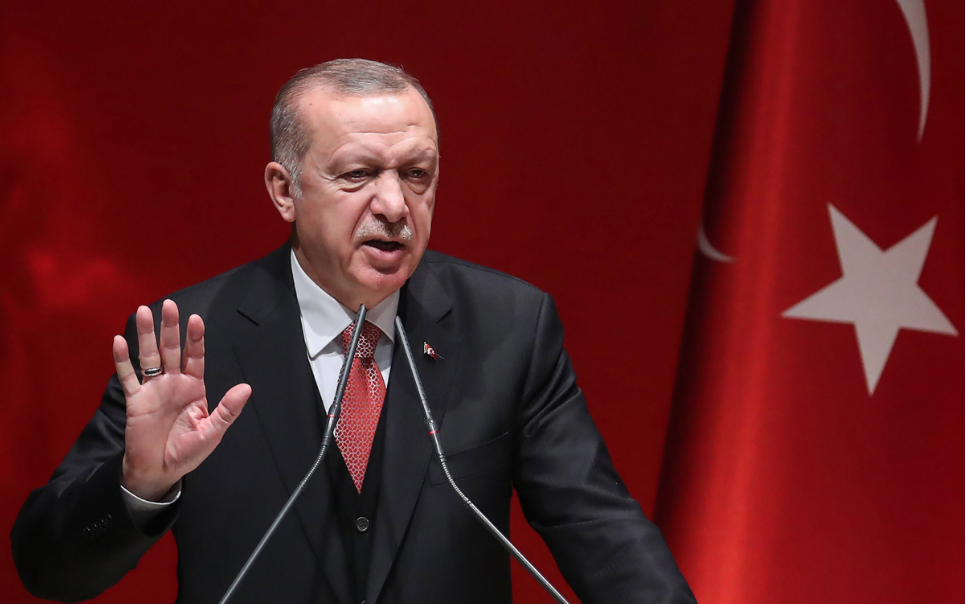 WORLD WATCH--The result of the recent municipal elections in Turkey represents a major shift in public sentiment toward President Erdogan, which will have major political ramifications that will bring him down in disgrace.

It is true that the economic crisis and the ineptitude he exhibited in dealing with it played an important role in the election and the AKP’s devastating losses in the largest cities, especially his hometown of Istanbul. There are, however, other major factors that have directly contributed to public disgust with his ruthless one-man rule. The local elections provided the first expression of the public outrage that has been building up for the past several years, during which he reversed the most significant socio-political and judicial achievements while systematically dismantling what’s left of Turkey’s democracy.

For Erdogan, a democratic form of government could not serve his ambition to become the absolute leader who can both shape Turkey’s destiny as an Islamic state and serve as the head of the Sunni Muslim world. As he once stated, “democracy is like a bus, once you reach your destination you get off.” Following the failed military coup, which he accused his staunch nemesis Fethullah Gülen of orchestrating, he dismissed some 125,800 public officials and subjected nearly 446,000 to harsh interrogation.

In an unprecedented crackdown, 17,000 women with over 700 small children have been jailed and subjected to torture. He systematically persecuted the country’s Kurdish community while denying them their basic human rights. Moreover, he shut down nearly 130 television channels, radio stations, newspapers, magazines and publishing houses, and arrested 231 journalists. His purges have inflicted suffering on more than a million and a half people whose family members were targeted by Erdogan.

To be sure, Erdogan made Turkey a police state. Ordinary Turks are terrified of the unfolding abuse as he robbed not only their freedom but their dignity. It was under this environment that the recent elections were held, and the result, not surprisingly, reflected the public’s outrage.

The changing political winds have weakened Erdogan considerably, and as a result, the opposition parties became emboldened to challenge Erdogan. Other than voters’ fatigue with the AKP, the opposition parties, namely the CHP and the Kurdish HDP, joined forces and took full advantage of the public’s dissatisfaction with how Erdogan dealt with the economic crisis. Even though they received hardly any coverage in the media, they were still able to make huge inroads in the election.

Erdogan’s former political rival and current coalition partner, Devlet Bahceli, has become very influential with Erdogan and his government, as the coalition is critical for Erdogan to maintain his razor-thin majority in the parliament. This shift in the political dynamic is a sign that Erdogan’s firm hold on power is eroding, and there seems to be no prospect that Erdogan will regain the public trust that he wantonly betrayed.

Erdogan portrays himself as a devout Muslim. As far back as December 1997, he was imprisoned for his public statement equating Islam to a military crusade, citing a poem that states in part: “The mosques are our barracks, the domes our helmets, the minarets our bayonets, and the believers our soldiers.” He exploits his religious “credentials” to portray himself as a pious man and uses religion as a political tool as he is determined to convert Turkey into a conservative Muslim state.

To that end, he pursued an aggressive Islamic agenda to instill in the public consciousness that their overall well-being is directly linked to their being devout Muslims. He undertook the building of hundreds of mosques and religious educational institutions, not only in Turkey but in the Balkan states, Afghanistan and Pakistan, and even some European countries.

Being that overall the Turks are far more Western-oriented, Erdogan’s increased attempts to insert Islam into society and politics is resented as it runs contrary to the public’s belief that being a Muslim can go hand-in-hand with Western culture. The public holds Erdogan responsible for and resents the fact that he forfeited the opportunity to make Turkey an EU member.

In addition, Erdogan is bent on reviving many elements of the Ottoman Empire using soft power to influence the policies and the direction of the many countries that were once dominated by the Ottomans. His former prime minister Davutoglu once told me that by 2023, the hundredth anniversary of the new Republic of Turkey, Turkey will exert as much influence on these states as the Ottoman Empire did in its heyday.

To instill images of the Ottoman era, he built for himself a 1,150-room presidential palace. Against the will of the people in Istanbul, he went ahead and converted a large section of Taksim Square into a huge mall that includes one of the largest mosques, designed architecturally to reflect the Ottoman period. The heavy investments that Erdogan made to promote his illusionary revival of the Ottoman era greatly disillusioned even some of his ardent followers, for whom bread-and-butter issues are far more critical, especially when the economy is limping and is unlikely to recover any time soon.

Furthermore, for Erdogan, the close alliance with the West has become an obstacle to realize his national aspiration, and he made a conscious decision to distance himself from his allies. Discarding Turkey’s critical alliance with the US, he incarcerated Rev. Brunson and used him unsuccessfully as a bargaining chip to force the US to release Fethullah Gülen. Erdogan was and still is determined to crush the Syrian Kurds (YPG), the US’ closest ally in the fight against ISIS, and to establish a permanent foothold in Syria to which the US sternly objects, which further strained the relationship with the US.

He defied fellow NATO members by purchasing a sophisticated air defense system from the West’s staunchest adversary, Russia, potentially compromising the US’ military technology. US Army General and NATO commander Curtis Scaparrotti told the Senate in March: “My best military advice would be that we don’t then follow through with the F-35—flying it or working with an ally that is working with Russian systems, particularly air defense systems, with one of our most advanced technological capabilities.”

Turkey under Erdogan never fully committed to the letter of NATO. Erdogan refused as a NATO member to meet its principle requirement, which is full adherence to democracy and human rights. Most Turks view Turkey’s growing distance from the West as a major setback for their country that will not be reversed as long as Erdogan remains in power.

Erdogan’s growing closeness to Putin is alarming for most Turks who believe that Putin is for Putin, and would do anything to undermine US’ interest in the Middle East, weaken the US-EU alliance, and destabilize NATO. Coopting Erdogan is a part of Putin’s sinister scheme. Working closely with Iran’s leader, along with Putin, in the search for a solution to the Syrian crisis and deliberately excluding the US from the process offers another glaring example of how far Erdogan will go to defy his Western allies.

Some say that the result of the local elections is indeed harmful to Erdogan politically but will not undermine him in the long run. I disagree. Given the public dismay and resentment of his brutal governing, the beginning of the end of Erdogan’s era has begun and his downfall is all but sealed; the only question is how soon.

(Dr. Alon Ben-Meir is a professor of international relations at the Center for Global Affairs at NYU and a contributor to CityWatch. This article was originally published by Australian Outlook as "Netanyahu’s Election Win Will Change the Face of Israel.")