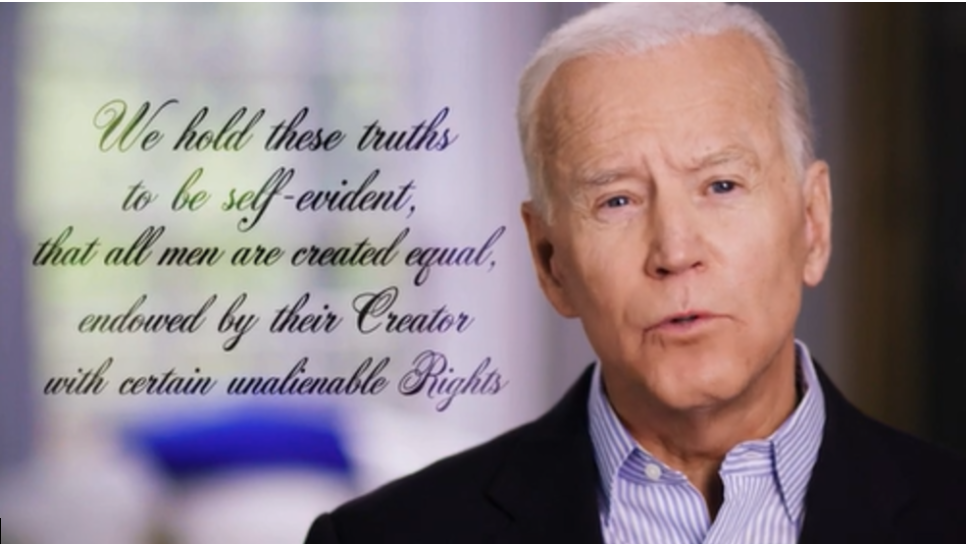 “The core values of this nation, our standing in the world, our very democracy, everything that has made America — America — is at stake,” Biden said in a video announcing his candidacy. The video was distributed across social media platforms. “That’s why today I’m announcing my candidacy for president of the United States.” (See Biden Video announcement.)