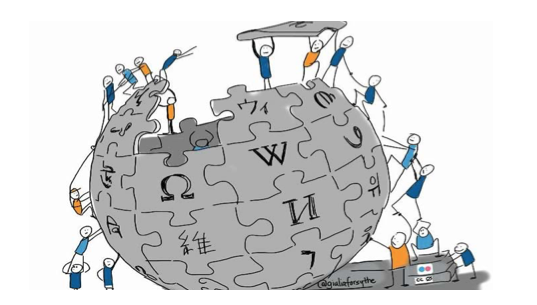 JUSTICE-Because it seems that, some 20 years after its creation, the so-called “Baron & Budd witness coaching memo” has gone missing–well, at least from Wikipedia, where it resided for years.

The “Terrell memo,” as it is also known in honor of the paralegal who is said to have written it, has been a standard and controversial document in asbestos litigation circles for at least a decade. Most recently, it was cited by a federal judge in North Carolina who found evidence of evidence suppression in a landmark bankruptcy case known as “Garlock.” Critics of the memo say it leads witnesses to lie; defenders say it’s just good legal work.

The memo is also part of a current Texas civil lawsuit by Dallas journalist Christine Biederman. Earlier this year, when a Texas judge refused to unseal the testimony given by a prominent victims’ attorney named Russell Budd some 20 years ago, the journalist called it a “travesty.”

Her motion to unseal argues that “… in this case, the deposition of Russell Budd contains information on how and under what circumstances the law firm of Baron & Budd used the Terrell memo and others like it, as well as how the memo was created and the source(s) of the information contained therein.”

The motion also argues that, “… as previously discussed, this information touches upon, among other topics, a ‘cheat sheet’ [the memo] used by Baron & Budd’s lawyers and paralegals that appeared, and still appears, to help clients identify products and exposures that they might not actually remember and, in fact, might never have been exposed to.”

Biederman’s motion to unseal the documents was denied on jurisdictional grounds without debate on the merits of her claim. She has appealed that case backed by First Amendment attorney Paul Watler, one of the best-known media attorneys in Texas.

In a statement about her appeal provided for this article, Biederman explains, “This appeal involves an important issue about access to court records, a.k.a. history. The primary issue is whether Texas Rule of Civil Procedure 76A means what it says -- which is literally that anybody can, as a matter of right, go back to a court ‘any time before or after judgment’ to ask a court to unseal records that were improperly sealed. The rule was adopted in order to create and enforce a presumption of openness in Texas courts, the notion that the public has a right to know what goes on in the disputes that play out in our publicly funded court system.

“The law firm on the other side, Baron & Budd, is trying to keep the deposition of a name partner, Russell Budd, sealed. The deposition was improperly and illegally sealed almost 20 years ago. We tried to get it unsealed. The trial court ruled that it no longer had jurisdiction to unseal the document since the underlying case was dismissed a decade ago -- in other words, that 76A doesn’t mean what it says.

“I don’t know what’s in the deposition. I know that the depo concerns a so-called ‘witness coaching’ memo or memos that got loose back then. I was told that Budd’s testimony is relevant to some ongoing litigation, but I can’t say for sure. All I know is that Baron & Budd has spent a lot of money trying to keep it sealed for no real good reason.”

Both sides are requesting oral arguments and attorneys familiar with the Lone Star State courts say that, if the court grants those requests the arguments might be expected in March. I hope to have a front seat for what amounts to an epic legal rodeo.

Biederman’s effort is relevant, and others have taken note, including a report entitled “The History of Asbestos Litigation in Texas and Its National Consequences,” a white paper commissioned by the pro-defendant tort reform group Texans for Lawsuit Reform organization. That group positioned both the memo and lawsuit as important milestones.

The memo is even quoted prominently in the Paul Johnson documentary UnSettled: Inside the Strange World of Asbestos Lawsuits.  That film’s screening at a Dallas law school led to an epic panel discussion featuring another prominent plaintiff’s attorney, Jeffrey Simon.

Apparently, none of these facts or mentions was enough for Wikipedia, as the famous memo mysteriously disappeared back in September. An editor with colorful avatars named “Jo-Jo Eumerus” and “Septimus Heap” (apparently a character from juvenile fantasy fiction), said the memo page was not all that important. He likened it to creating a Wiki page about a single foul in an unimportant basketball game.

It seems clear that the ways of Wikipedia editing, and its value as a credible source for history, are issues we won’t unravel here. Yet, a glance at the page history indicates at least two attempts to replace the page, both blocked by the same participant and it is truly suspicious that a lack of other references is mentioned -- the memo may only be famous in legal circles, but it gets referenced plenty.

The mystery of the missing memo is only the latest hijinks as asbestos issues are about to be spotlighted, yet again, in Texas courts. We encourage the courts and Wikipedia alike to adopt a transparent and open source method when dealing with history, and when unlocking the occasional mystery.

(Sara Corcoran Warner covers the nation’s capital for CityWatch. She is the publisher of National Courts Monitor and “Your Daily Ration of Civil Justice Rationing.) Prepped for CityWatch by Linda Abrams.