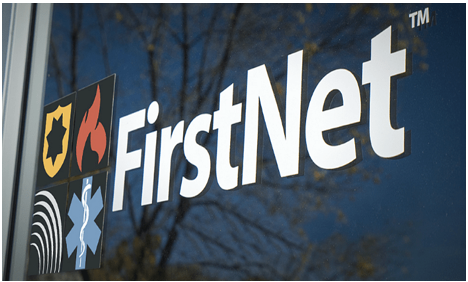 DEC 28 DEADLINE IS KEY--Remember the classic Jack Nicholson line: “[The truth?] You can’t handle the truth!” from the movie, “A Few Good Men”? It’s often recalled as a courtroom-cinematic highlight, but it’s also symbolic. It shows that, perhaps with the best of intentions, institutions can take strange paths to try and achieve altruistic outcomes.

The “handling the truth” line came to mind this week as a congressionally-created division of the U.S. Commerce Department announced a major 11th hour change to how it will build a public safety network called “FirstNet.”

For the past several months, many states have debated joining a federal network being built by AT&T for FirstNet or “opting out” to keep things local. The key factor for many states has been several possible fees, which were up to an eye-popping $15 billion in the case of California, and whether feasible alternatives exist. All before a Dec. 28 deadline.

On Tuesday, Justin Shore, senior counsel for FirstNet, issued correspondence to New Hampshire officials that stated, in part, that “… as FirstNet has always done with its outreach and consultation, FirstNet listened to the states’ concerns and is clarifying some information in the model SMLA for states seeking to opt-out. For example, if the opt-out state build or operation of its RAN fails during the term of the SMLA, the state will only be responsible for the actual cost of reestablishing the RAN in the state.”

This means that fees some felt were arbitrary and punitive, which have dominated discussion, are gone and replaced by... well, “actual costs.” And governors have to access that at the last minute? This rush to judgement without all the facts or costs is an insult to rational thought. I think of the wildfires in California and all the other emergencies, and it’s a big deal that governors should have all the material facts before making a decision that impacts our first responders.

This stunning reversal comes amid another controversy, with Real Clear Politics’ investigative team running a story about AT&T hiring public officials involved in the process. Real Clear reported that: “‘AT&T is buying off the people who would make the most noise,’ said Scott Edson, executive director of an existing communications system for the Los Angeles area and skeptic of AT&T.” He also said that people being hired “are the same ones who know what a bad deal this is.”

Meanwhile, during a November 26, 2017 congressional hearing, Congresswoman Anna Eshoo joined those questioning the AT&T/FirstNet effort, demanding to know where the penalties came from. FirstNet officials denied they were actually penalties, defending their inclusion.

Other quotes worth considering come from Stephen Brill, reporting in The Atlantic late last year, describing FirstNet thus: “The prize for the most wasteful post-9/11 initiative arguably should go to FirstNet—a whole new agency set up to provide a telecommunications system exclusively for firefighters, police, and other first responders. They would communicate on bandwidth worth billions of dollars in the commercial market but now reserved by the Federal Communications Commission for FirstNet.”

He adds that “FirstNet, which has received scant press attention, was established in 2012 and funded with an initial $7 billion. A classic congressional compromise made it a quasi-independent unit of the Department of Commerce. That was supposed to give it the heft and authority of the federal government but the agility and culture of a private-sector start-up. In fact, the reverse dynamics seem to have taken over from the beginning.”

Given the flat-footed policy reversal this week, “reverse dynamics” seems a kind term.

A FirstNet skeptic might ponder if those fees were deliberately intended to coerce states to join the FirstNet/AT&T effort. In fact, one such skeptic and telco expert expressed such concern during our recent Q&A for this column. Robert LeGrande, former chief technology officer for the District of Columbia who had recently testified before congress on the FirstNet issue, blamed “… unfair penalties, fees and requirements to use AT&T’s core, and thereby AT&T’s service, under current opt-out regulations” for forcing states into the system. Of the now-erased penalties, “… It is not surprising that FirstNet and AT&T released the ‘draft’ opt-out agreements around Halloween as they were clearly designed as ‘Scare Tactics’ to prevent States from considering their legislatively sound right to opt-out.”

Communications industry trade media has taken note of the excessive fees, with Mission Critical Communications Editor Sandra Wendelken reporting that “… officials continue to be concerned about the lack of clarity regarding the penalties, rates and benchmarks outlined in the draft SMLAs [which] include proposed termination payments in the millions — and billions in at least two instances — of dollars for some states, along with prohibiting separate core networks and outlining adoption targets and interoperability requirements.”

At the time of this writing, only New Hampshire has opted out while some 40 states have said they’ll go federal. Big states including New York and California are still making up their minds, and a lack of information might force them into the FirstNet system by default.

This is where the “A Few Good Men” analogy comes to mind. With the apparent manipulation of process targeted for forced opt-in and removing governors’ ability to opt out in a timely fashion, FirstNet has demonstrated an inability to handle the truth. You don’t have to be an attorney to wonder if somebody is not wondering if this process amounts to tortuous interference with federal procurement.

Without the huge fees, states could consider other options. For example, several white papers, prepared by a hopeful FirstNet partner in California, identified some $5 billion in potential lost revenue over the course of a 25-year agreement. For a state facing a 2018 deficit pushing $2 billion, that could be a real taxpayer windfall.

Are these figures for real? Well, states now might have to opt out to find out. At least the huge penalties are gone.

If it’s true that the FirstNet folks made the change on Monday, notified folks on Tuesday, and still have not sent revised documents to the states, then the activity this week allows a clear prediction for the new year: This matter is on the fast track to a federal court near you.

In other words, it’s headed for people who feel they CAN handle the truth.

(Sara Corcoran Warner founding publisher of  The National Courts Monitor. She is a CityWatch contributor.)