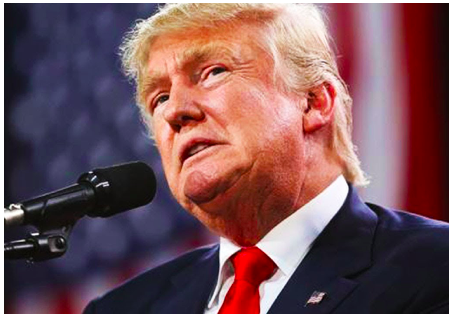 NATIONAL POLL--Voters are souring on the Republican Party, and they place more trust in the Democratic Party when it comes to health care, according to a Suffolk University/USA Today national poll of registered voters.

“The Republican Party is in freefall,” said David Paleologos, director of the Suffolk University Political Research Center in Boston. “In March the GOP had a 48 percent unfavorable rating, in June the negative swelled to 55 percent. Today the GOP unfavorable is 62 percent. What’s next?”

The poll found that 43 percent of voters trust congressional Democrats to protect the interests of their families when it comes to health care, while 15 percent trust Trump, and less than 10 percent look to Republicans. Forty-five percent said that Congress should leave the framework of the Affordable Care Act intact but fix any problems, while 14 percent said to retain it as is.

Some 64 percent said the country is on the wrong track, up from 56 percent in June.

Contrary to findings in other national polls, a majority (51 percent) of registered voters believe that it is appropriate for NFL players to drop to one knee as a protest bringing attention to police brutality and racial injustice. Nearly 42 percent said it is not appropriate.

In the aftermath of North Korea’s testing more powerful nuclear weapons and an improved missile system to deliver them, voters prefer that diplomacy and caution prevail as the war of words escalates between the Trump and North Korea’s leader, Kim Jung-un. More than 61 percent of respondents said that the United States should pursue diplomacy rather than undertake military action. And 69 percent said that the U.S. should take military action only in response to an attack, while 15 percent said that the U.S. should strike preemptively. On the issue of using nuclear weapons against North Korea, 62 percent are opposed, and 26 percent support such action.

(Suffolk University, located in historic downtown Boston, with an international campus in Madrid, is a student-centered institution distinguished by excellence in education and scholarship. Suffolk University offers a wide range of undergraduate and graduate programs. Its mission is to empower graduates to be successful locally, regionally and globally.)