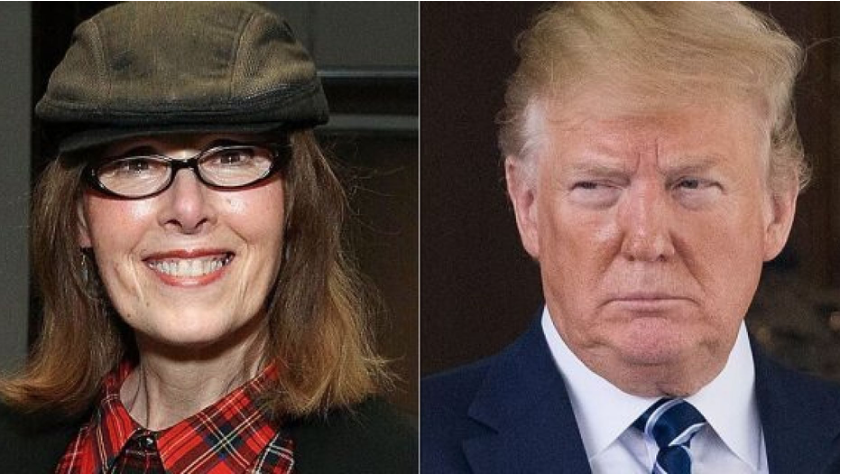 Two days later, the hosts of the most popular Sunday morning talk shows in the U.S. had the opportunity to ask their guests ― often a mix of high-profile Republicans and Democrats ― about Carroll’s horrifying claim and whether to hold the president accountable.

But the allegation went largely undiscussed by major TV networks on Sunday morning, clearing the path for yet another sexual assault allegation against the president to slip into the void.

And yet not a single one of them was asked about Carroll’s allegation that, just days earlier, had prompted front-page stories and news alerts from almost all of the major media outlets.

Carroll, 75, on Friday became the latest of more than a dozen women to have publicly accused Trump of sexually assaulting, groping or forcibly kissing them since the early 1980s.

In an excerpt from her upcoming book, “What Do We Need Men For? A Modest Proposal,” published in New York magazine on Friday, Carroll described Trump shoving her against the wall of a Bergdorf Goodman dressing room and forcing his penis inside her.

She was a 52-year-old former Miss Cheerleader USA and a famous advice columnist by that time. He was a 50-something real estate mogul.

Trump has denied sexually assaulting anyone, including Carroll. And despite a photograph of Carroll with Trump embedded in the magazine’s story itself, Trump claimed Friday that he had never met her.

The inconsistencies in Trump’s response, the sheer number of women accusing him of sexual misconduct, the hypocrisy of Republicans believing Juanita Broaddrick’s rape accusation against President Bill Clinton in 1999 while ignoring Carroll’s now ― all were topics that would seem to warrant significant airtime on the Sunday morning talk shows but simply didn’t receive it.

Both CNN and CBS hosted Pence. Several 2020 Democratic presidential contenders appeared on some of the shows, including Sanders, Sen. Cory Booker (N.J.), Montana Gov. Steve Bullock and former Housing and Urban Development Secretary Julián Castro. A few other congressional Republicans and Democrats were interviewed across the networks as well.

Several pressing topics were addressed, including escalating tensions between the U.S. and Iran, climate change and inhumane conditions at detention centers housing migrant children at the country’s southern border, but Carroll’s allegation was noticeably absent from the conversations.

NBC’s “Meet the Press” aired an interview with Trump that taped Friday. Given the timing, host Chuck Todd was likely unaware of Carroll’s allegation before his interview with the president. Still, Todd seemingly did not reference the accusation during other portions of Sunday’s show.

Carroll appeared Sunday on NBC-owned network MSNBC during the 11 a.m. hour of “AM Joy” with Joy Reid, who lamented that the author’s allegation had been “relatively buried in this week’s news cycle.”

“In any other universe, in any other presidency, in any other news cycle, E. Jean Carroll’s bombshell revelations against the sitting president of the United States would have been the lead story all week long,” Reid said

CNN’s Brian Stelter, during an episode of “Reliable Sources” that aired Sunday at 11 a.m., discussed the apparent “media fatigue” over sexual misconduct allegations against Trump with his panel.

“The day that [Carroll’s allegation] dropped it felt like it was very much a part of the conversation on Twitter,” Shani Hilton, deputy managing editor for news at The Los Angeles Times, told Stelter. “It was really blowing up ― I mean all day long.”

She continued: “Two days later, it kind of feels like it’s faded away. And I think by the end of the day Friday, it really felt like here’s one more allegation in the long line.”

ABC, CBS, CNN, Fox and NBC did not immediately respond to HuffPost’s requests for comment.

(Hayley Miller writes for HuffPost … where this piece was first posted.)