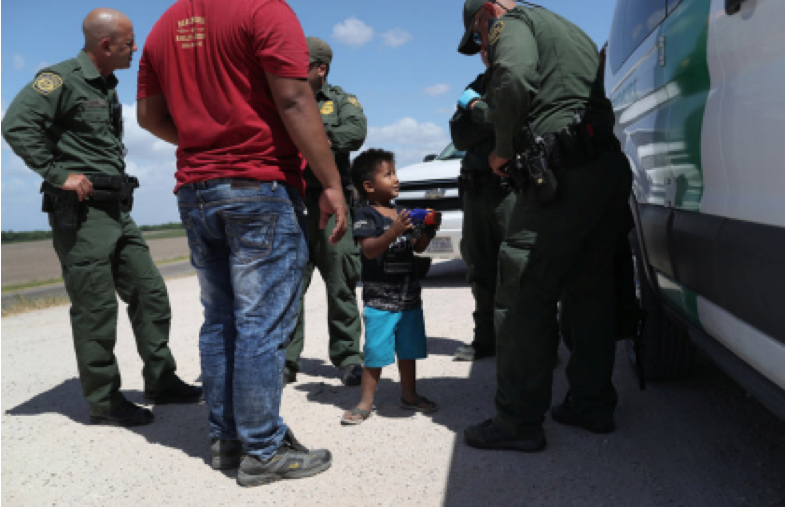 CHATTERBOX--In the aftermath of the family separation policy, the Trump administration and some Republicans in Congress tried very hard to deflect the blame, casting it on the courts, the Democratic Party, or denying the policy existed at all.

Since that time Trump and his allies have told innumerable lies in a series of talking points wildly untethered from reality. Roque Planas, a HuffPost reporter who covers immigration, broke down those lies in a storylast week.

What was the seed for the story?

I wrote an extensive Twitter thread last week to call out House Speaker Paul Ryan (R-Wis.) for contending that President Trump’s now largely abandoned family separation policy was made necessary by an unspecified “court order.” It appeared to resonate. And when other officials, like DHS Secretary Kirstjen Nielsen, piled on with other nonsensical arguments, we decided the issue merited a fully reported piece.

What surprised you as you reported it out?

The brazen dishonesty of public officials and members of Congress. I realize that a lot of observers have something of a jaded acceptance that lying is baked into our political process. But open dishonesty should be disqualifying -- especially when you’re talking about a major policy shift affecting thousands of people. And I’m not just referring to immigrants themselves, but all the bureaucrats, lawyers, judges and law enforcement officials that have to carry it out. If I showed up to my job, created a mess, lied about what I’d done, then blamed my co-workers for my failures, I would be fired.

What was most challenging?

It wasn’t challenging. The overt dishonestymade this very easy. The only challenging aspect, if you can call it that, was the frustration that I had to write it at all for the reasons mentioned above.

What do you wish readers understood about the story of immigration?

Perhaps lost in this debate is that we really do have a problem with human trafficking in the immigration system. Over time, as the border has become more fortified, people have had to rely in ever greater numbers on human traffickers -- coyotes, as they’re referred to on the border -- to make the crossing.

The result is that migrants and their families inject hundreds of millions of dollars into organized crime networks in Latin America, which only makes every aspect of the problem worse. The main point that DHS and officials like acting ICE Director Thomas Homan have on their side is this.

On the other hand, since day one the administration has also impeded asylum-seekers from coming through legal ports of entry, which in turn, provides an incentive for people to attempt to cross illegally. The administration also canceled a program that allowed Central American children to apply from their home countries to come here legally.

The White House hopes that cutting these routes off for legal migration will deter people from trying, but in practice is also expands the illicit market to help people cross illegally. It’s a similar phenomenon to drug prohibition, where unbridled enforcement makes the problem worse by creating a lucrative black market.

So in the short term, the Trump administration will continue to rejigger the system, Democrats will largely remain limited to complaining, and this problem will continue.

PS: Before you go be sure to read about what happens to children's brains when they are forcibly removed from the care of their parents, advice from a former ICE agent to current ICE agents, and how readers can help families separated from the children.

(Nick Baumann and Samantha Storey are Senior enterprise editors for @HuffPost… where this post originated.)