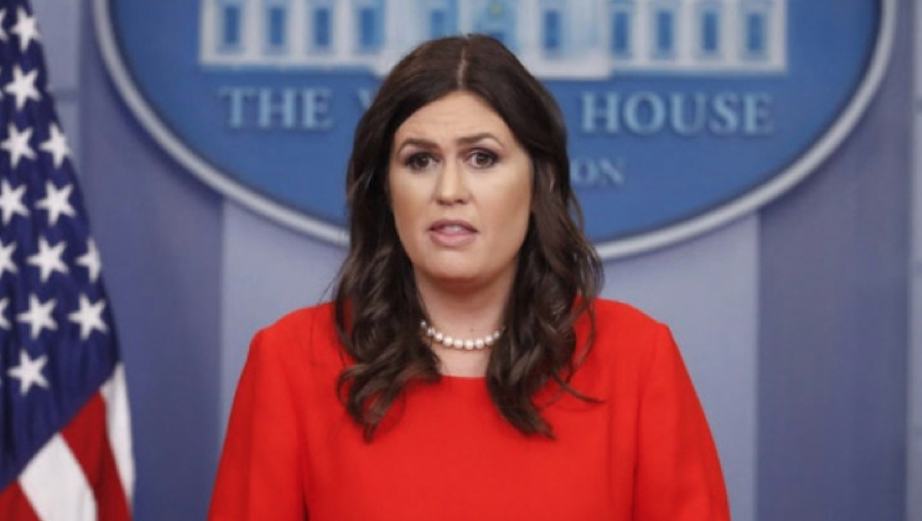 CHATTERBOX--Poor, poor Sarah Huckabee Sanders. She works for a white supremacist who happens to be President of the United States.

Consequently, a dining establishment choose not to host her.

Mind you, this is the same woman who stood her butt at the White House podium in June defending a 7-2 the Supreme Court decision in which the justices said it was cool for a Colorado baker to not bake a cake for a gay couple.

It seems that much of the American population despises Donald Trump so much that they cannot stand to be around him or those whom he employees. ON Tuesday, Homeland Security Secretary Kirstjen Nielsen was hurried out of a Mexican restaurant in Washington, D.C. Some of the folks at the restaurant shouted “shame” and “how do you sleep at night?” as she left the restaurant.

So Sarah isn’t alone in her dining troubles.

But everybody’s got to eat. Where, then, shall a Trump supporter and employee go to chow? Who would welcome them and not remind them of how racist and sexist their administration is?

Well, thanks to Twitter, here are some options for Sarah and her flock to consider via #Restaurants4Sarah:

The Russian Tearoom, of course #restaurants4sarah

Well, thing is, Sarah shouldn’t feel alone. Trump supporters have been denied service for the past two years now. And, if you haven’t heard, Trump appointees are having a hard time getting laid.

(The pun was intentional).

Anyway, Sarah Huckabee Sanders will be fine, folks. She will not miss a meal. But hearing that she is denied one every now and then is still very funny.

Karma is something else, isn’t it?

(Terrell Jermaine Starr is a senior reporter at The Root ... where this piece was first posted. He is currently writing a book proposal that analyzes US-Russia relations from a black perspective.)