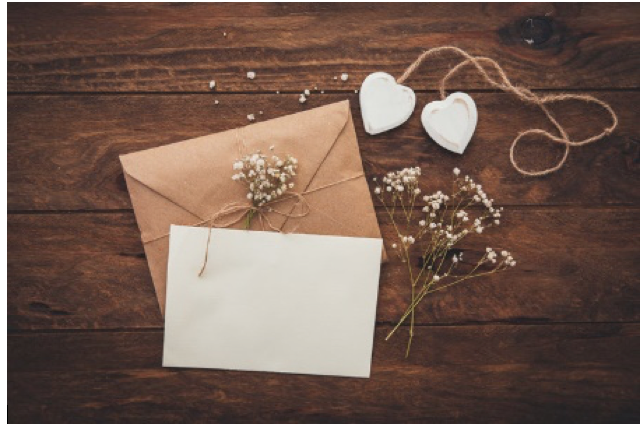 CHATTERBOX--An Arizona company that wants to refuse to create wedding merchandise for same-sex couples got a firm no in state court on Thursday.

The Arizona Court of Appeals ruled that Joanna Duka and Breanna Koski, owners of Brush & Nib Studio, must abide by a Phoenix ordinance that bans businesses from discriminating against customers based on sexual orientation or gender identity.

Judge Lawrence Winthrop, writing for a unanimous three-judge panel, held that the Christian owners of a for-profit business open to the general public “cannot discriminate against potential patrons based on sexual orientation.”

Brush & Nib Studio’s primary purpose, Winthrop wrote, was “not to convey a particular message but rather to engage in commercial sales activity.” The court was “unpersuaded” by the argument that serving same-sex couples would be a violation of the owners’ rights to free speech and religious toleration under the Arizona state constitution.

“Allowing a vendor who provides goods and services for marriages and weddings to refuse similar services for gay persons would result in ‘a community-wide stigma inconsistent with the history and dynamics of civil rights laws that ensure equal access to goods, services, and public accommodations,’” Winthrop wrote, quoting from the U.S. Supreme Court’s Masterpiece Cakeshop decision earlier this week.

Brush & Nib Studio creates custom-designed wedding invitations, among other products. Owners Duka and Koski are conservative Christians who argue they can’t separate their religious beliefs from their work. They want to be able to post a public statement to notify potential customers that their studio won’t create artwork that “demeans others, endorses racism, incites violence, contradicts [their] Christian faith, or promotes any marriage except marriage between one man and one woman.”

The pair hasn’t posted this statement on their website because they believe it would violate Phoenix’s anti-discrimination ordinance. That measure was updated in 2013 to include protections for LGBTQ people, The Associated Press reports. In 2016, the pair filed a lawsuit seeking to bar Phoenix from enforcing the ordinance.

The appeals court’s decision on Thursday essentially upheld a lower court’s summary judgment against them.

Jonathan Scruggs, a lawyer with the conservative legal organization Alliance Defending Freedom who is representing Brush & Nib Studio, said he plans to appeal the decision.

“Artists shouldn’t be forced under threat of fines and jail time to create artwork contrary to their core convictions,” Scruggs said in a statement. “The court’s decision allows the government to compel two artists who happily serve everyone to convey a message about marriage they disagree with. This contradicts basic freedoms our nation has always cherished.”

The Arizona court’s ruling comes just three days after that U.S. Supreme Court decision in favor of a Colorado baker who refused to make a wedding cake for a gay couple. The narrowly written Masterpiece Cakeshop decision held that the Colorado Civil Rights Commission had shown “impermissible hostility” toward the baker’s religious beliefs. However, the justices declined to rule definitively on whether people with conservative religious views can ever refuse to provide goods and services to LGBTQ people.

Surveys have found that Americans overwhelmingly oppose allowing small-business owners, like Duka and Koski, to discriminate against LGBTQ customers. Fifty-nine percent of Arizonans disapprove of religion-based service refusals, according to the Public Religion Research Institute. Nationwide, 60 percent of Americans oppose allowing businesses to discriminate against lesbian and gay couples in this way.

Members of multiple religious groups also agree that small-business owners shouldn’t be allowed to refuse service to gay and lesbian people, PRRI reports. That includes 70 percent of Jews, 60 percent of white mainline Protestants, 60 percent of Hispanic Catholics and 59 percent of Muslims ― as well as 72 percent of religiously unaffiliated Americans.

The only two major religious affiliations that agreed business owners should be allowed to refuse service to gay and lesbian people were white evangelical Protestants and Mormons. About 53 percent of each group supported service refusals.

(Carol Kuruvilla writes for HuffPost  … where this piece was first posted.)