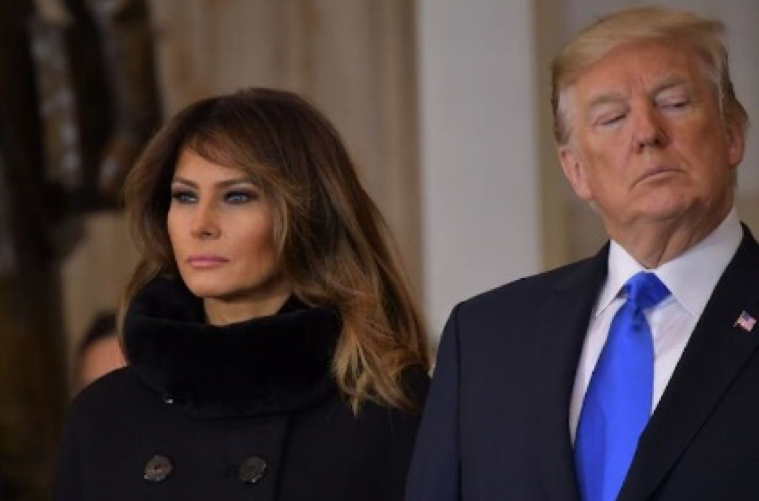 CHATTERBOX--There is only so much a woman can take and it appears that Melania Trump has reached the breaking point.

Here are 17 reliable signs that the First Couple is about to split-up and may be headed for divorce:

#1. He has started wearing his favorite pick-up tie again.

#3. They’ve canceled plans for a June ceremony to renew their wedding vows.

#4. The president has informed Melania that in the event of a nuclear attack she should let Ivanka reach the underground bunker first.

#5. Based on the millions he’s been paying in hush money, Melania suspects her husband might be having an affair.

#6. The First Lady is openly using her husband as the poster child for her online anti-bullying campaign, displaying his photograph along with the words, “Don’t be a scrotus POTUS, be a sweeter tweeter.”

#7. The president has put Stormy Daniel’s phone number back on speed dial.

#8. Mr. Trump regularly forgets the name of his youngest child, the only one he had with Melania.

#9. The First Lady has been spotted out shopping with Michelle Obama and often spends the night in the Obama’s Georgetown guest bedroom.

#10. The president has asked his military advisors if it’s possible to “bomb the shit out of Slovenia without pissing off Vlad or telling Melania?”

#11. Friends say the two aren’t as giggly or playful with each other as they used to be.

#12. Mrs. Trump has told the couple’s therapist that she no longer feels “Donald is serious about working on the relationship.”

#13. The president is bringing loose women back to the White House at night with no regard for Melania sleeping in the next room.

#14. President Trump has been racing out to Air Force One in the middle of the day without telling her where he’s going.

#15. Melania has shared with friends that“Donald doesn’t seem to care about my wants or needs anymore — he spends all of his time on social media or playing video games.”

#16. Mrs. Trump has complained to staff that the president is no longer interested in joining her for Wednesday bowling nights in the White House basement.

#17. Mailorder bride catalogs have begun showing up in the president’s private mailbox again.

(Allan Ishac has been a Medium member since Apr 2017. I read. I write. I ride. I rest. I RESIST! This piece was posted first at Medium.com.)