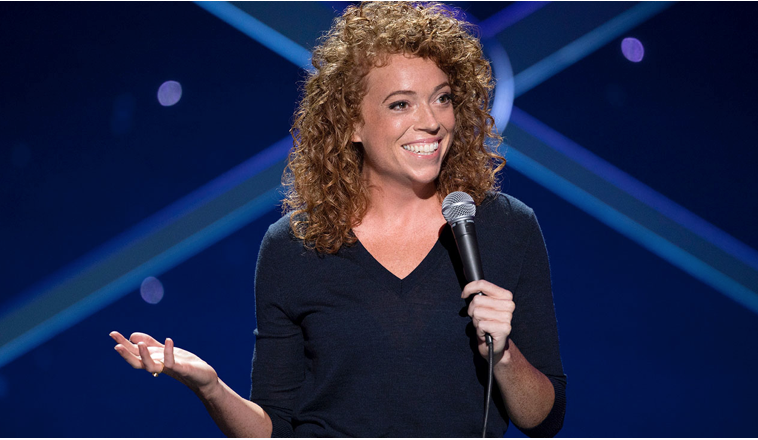 CHATTERBOX--On this week’s news programs, you are going to hear people from all ideological tribes saying that Michelle Wolf’s performance at the White House Correspondents’ Dinner was vulgar, mean, and unfunny.

Others will laud her performance and unflinching courage in a room that’s tough for any comic to play. But, like only a handful of such performances in the past, Wolf made a larger statement about the state of the world in which the people in that room operate every day.

At some point in recent years, the selfsame media that attends the annual dinner hosted by the White House Correspondents’ Association tried to give the event the hashtag-relatable nickname “Nerd Prom.” The event is for charity, and it’s about as interesting as any such event thrown by rich people for rich people to facilitate their desires to both have a fancy party and donate money to some cause. However, the one thing I’ve always liked about it, is that a comedian would get up and make fun of the president to his face for about half of a twenty-minute set. There is something about that jester/king-like relationship that felt necessary and good to me. (Of course, the downside was, usually, that the president also gets to do a ‘set.’)

While the WHCA never censors its performers, there is supposed to be an understanding. It’s okay if the jokes “singe” their targets, but by no means are comedians to “burn” them. Tonight, Michelle Wolf heaved a molotov cocktail out into the crowd, and then burst a second one right at her feet. She pulled no comedic punches, possibly drifting over the line to “just mean.” Such things have long had a place in comedy, with varying degrees of success, but normally they don’t have a place in politics. However, in the past three or so years, politics has changed. Words like “pussy” and “shithole” and “fucking moron” have worked their way into news about the current United States President. And, even though his fans will likely be outraged at her, they are the same people who’ve clamored for an end to “political correctness” and the “phony” civility of normal politics.

Only the fifth woman ever to host the WHCD, no one would have blamed Wolf for playing it safe. She has serious comedy credentials, from working with Chris Rock to a stint on The Daily Show. She has a new show on Netflix about to premiere. This could have been a safe gig that looks good on the CV and impresses powerful people in media. This is not what Michelle Wolf decided to do. She will surely explain her motivations someday, but it strikes me that she chose to capitalize on the opportunity of that particular spotlight and say some things she believes those people needed to hear.

She assaulted the press corps, castigating them for profiting on the “monster” of President Trump, a monster they created. She made jokes about Congress and the Democrats, both groups who don’t ever seem to accomplish much, even when they score a “win.” She said a bunch of words that surely raised hackles, such as “tits,” “pussy,” and two “fucks.” She called White House Press Secretary Sarah Huckabee Sanders a liar multiple times, as well as White House advisor Kellyanne Conway. She also referenced President Trump’s affair with a porn star, along with the hush money payment he recently copped to making on his Fox & Friendsguerilla interview. The specific jokes themselves worked to varying degrees, comedy is subjective after all. Yet, what was most brilliant about her set is how it contrasted with the mood of the evening and serves as a meta-commentary on how vulgar we’ve gotten in the age of Trump.

WHCA Margaret Talev delivered a somber, moving speech about the importance of the First Amendment and the free press in a democracy. This comes on the heels of a Quinnipiac Pollwhich found that 51 percent of Republicans believe the press is the “enemy of the people.” Thus, the WHCA wanted the event to be a celebration of journalism and its importance, along with a few sensible chuckles from their comedian host. And as much as we all want journalists and the world they report on to be the sort of thing Talev extolls in her speech, it’s not.

I don’t know if a comedian has ever referenced their own genitals in a joke at the WHCD, but Wolf did tonight. A joke like that is so commonplace in comedy clubs that they are rarely shocking and usually need some other sort of creative layer in order to work. The WHCD, what with the elected officials and serious journalists in attendance, was certainly not the place for such talk. However, in the past month, countless hours of time have been spent talking about the president’s fling with a porn star. Before the election, we heard audio of the man who is now the president talking about taking a woman furniture shopping and then failing “to fuck her” because he “moved on her like a bitch.” He then said that he can “grab” women “by the pussy” without asking them. He told the world on a debate stage that despite what Republican Senator from Florida Marco Rubio implied about him having a small dick it was actually average-to-big. Michelle Wolf hasn’t made us more vulgar, it’s Trump and his ilk who say that being mean and crass is a kind of plainspoken virtue.

This larger tone in her set is what made her jabs at the press and the powerful alike seem so harsh. She didn’t use some clever wordplay or metaphor to say that the press secretary was a liar (a charge made about every press secretary and always, to some degree, accurate). She didn’t imply that Speaker of the House Paul Ryan was impotent politically, but literally said he was castrated. She said from the outset that she didn’t have an agenda, but that was a lie (well, technically a set-up to a joke about Congress). Michelle Wolf did something that artists in her position are supposed to do. She took big chances and expressed her point-of-view unequivocally. That she did so in a room where she had to face (most) of the people she roasted, only adds to the impact and humor for the audience at home. (Those who don’t particularly have a dog in this fight, at least.)

We should learn to better value the people who write the first draft of history. They are working for businesses and have to support themselves financially. The media, such as a diverse platform of various print, video, and graphic content consumed on myriad devices in varied ways can be lumped into a single group, are forced to do what the audience wants them to do. If you hate clickbait, stop clicking on it. Consume (and pay for) responsible journalism that doesn’t sensationalize things to increase the number of eyeballs that see it. Tweet at your favorite cable news host in the thousands asking them to dump the D-block shouting panel segment and instead do a story on something boring but important.

Journalists, their subjects, and the consumers all should strive for what Talev and the WHCA wants “the news” to be. And the people who report on the one of the most powerful offices in the world should certainly lead by example. But as CNN’s own comedian-in-residence W. Kamau Bell said, if you don’t want to see what Michelle Wolf did from that dais “stop hiring comedians” to host the event. Wolf isn’t a journalist. It’s not her responsibility to be a standard-bearer. It’s not her responsibility to be unbiased or even fair. No, her role was to comment via jokes on the world as it is and to force the people in that room to face their share of responsibility for it.

Anyway, I eagerly await the announcement that Jeff Dunham or Larry the Cable Guy gets to host next year’s event.

(Joshua M. Patton is a freelance writer/reporter writing about news, politics, entertainment, culture, and lots of Star Wars. Patton is a Medium member … where this piece was first posted.)