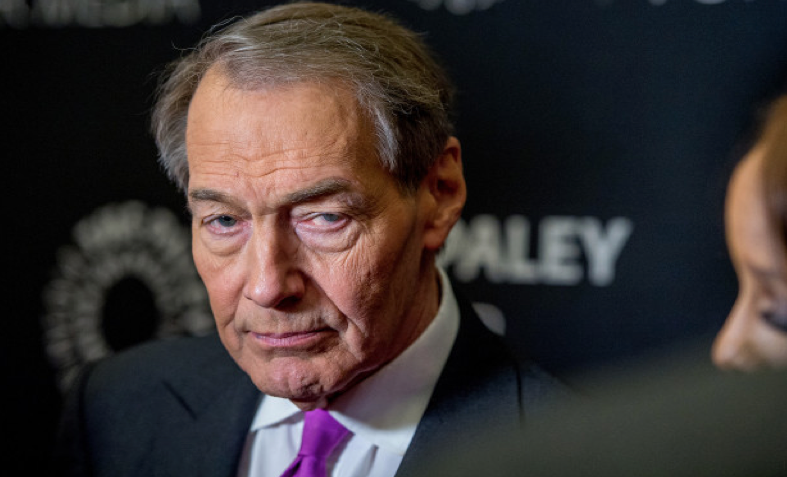 CHATTERBOX--Deep down, even in the most jaded corners of our minds, I think we all knew that it wouldn't take long. That those celebrities accused of sexual harassment and assault during the #MeToo movement would inevitably find a way to re-enter the public sphere, and do so quickly.

There would, of course, be claims of newfound humility. Lessons learned. A respect for "social boundaries" previously shrouded in the mysterious haze of generational difference, too many drinks, unfettered power and jokes that went too far. Lamentations about how "I love women…after all, my mother/wife/daughter is a woman, so how could I be sexist?" Things like that.

But, even in our more cynical moments, few could likely have imagined the ability of white, male privilege to produce the suggestion that a man accused under #MeToo, and who lost his job as a result, would, less than six months later, be linked to hosting a talk show where he interviews other male celebrities accused (and lost work) under #MeToo. Yet, this is precisely what has happenedwith the news that Charlie Rose—a former PBS and 60 Minutes host who lost his job after eight women accused him of harassment and sexual assault—would be hosting such a show, and contacted the former editor of the New Yorker, Tina Brown, about the possibility of her being the producer. Unsurprisingly, she declined.

Now, it’s entirely possible—and perhaps even likely—that the Rose show will never get off of the ground. There will be protests. It's hard to imagine any advertisers willing to get within 1000 feet of something this toxic. But, since I mentioned cynicism, I can imagine people willing to pay to watch. This would include those (mostly men) who see #MeToo as nothing more than a radical feminist "witch-hunt" of poor guys who are guilty of nothing more than being guys, and voyeurs interested in watching what would be the cultural and sociological equivalent of a car crash.

Regardless of what happens with the show, however, the very fact that this distasteful idea is "out there" and being discussed in semi-serious terms (asking Tina Brown is no small thing) is a testament to the enduring power of patriarchy to make men the victims, even when they are the perpetrators of the crime. When #MeToo began, many women immediately wondered when and how the backlash from exposing sexual violencewould emerge. In other words, it wasn't ever a question of if that backlash would come…just when.

The Rose story is a reminder that backlash doesn't only come in the form of misogynistic Twitter trolls sending threats, or increased exclusion in professional lifebecause "nervous" male co-workers claim to no longer know what is "acceptable" social behaviorwith women, but that it also comes in softer forms of power.  Things like men accused of wrongdoing being given space and time to defend themselves, or issue "heartfelt" expressions of regret.

Or being able to simply continue their careers.

It wasn’t that long ago that a man accused of the sexual assault of a child—Roy Moore in Alabama—came within a few percentage points of being elected to the U.S. Senate, while his accuser was torn apart by portions of the national press. In many circles, it was Moore who was the victim, while his accuser was harassed and labeled an agent of the liberal press for daring to speak out. And what have we heard since in the media about Moore or his accuser? Nothing—other than Moore asking for contributions from supportersto pay his legal bills, of course—because apparently not being elected to public office was punishment enough, so the media decided to just drop it.

The opportunity to express remorse and engage in image reconstruction after wrongdoing, and to do so in a relatively judgment-free environment, is a luxury of privilege. Of course, there is nothing wrong with someone admitting to criminal behavior and expressing remorse, but the political economy of U.S. media means that such space and time is rarely afforded to other groups. Because where's the profit in that? Can anyone seriously imagine a program being pitched where someone accused of sexual harassment and assault interviews others accused of sexual harassment and assault where the host and majority of guests are NOT white men?

The Rose story is about the great US tradition of the packaging and selling of the eternal possibility of redemption. And, in line with another great U.S. tradition, it's only for sale to a select few.

(Christian Christensen, American in Sweden, is Professor of Journalism at Stockholm University. This perspective was posted most recently at Common Dreams.)