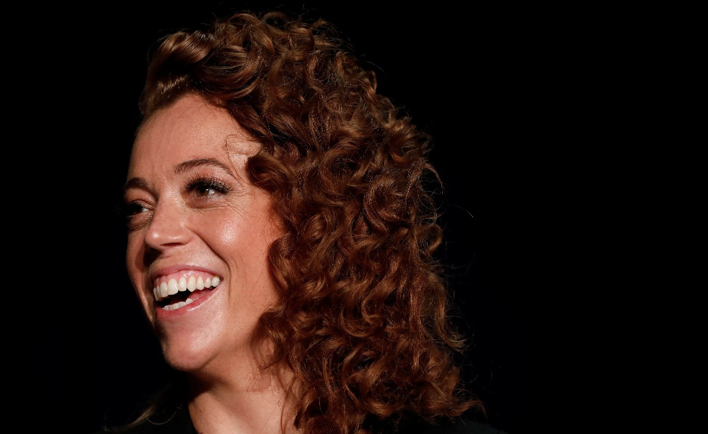 CHATTERBOX--Kathy Griffin issued a staunch defense of Michelle Wolf to critics who are calling on the comedian to apologize for her roast at Saturday night’s White House Correspondents’ Association dinner.

Wolf’s performance, a brutal takedownof several officials and journalists both present in the room and not, has won praise and sparked outrage. Some high-profile members of the media, including Fox News’ Ed Henry and MSNBC’s Andrea Mitchell, have called on Wolf to apologize for her remarks, particularly those about White House press secretary Sarah Huckabee Sanders.

In a series of messages posted to Twitter, Griffin said such calls were “absurd,” pointing out that the comedian was hired to perform a roast. Griffin also noted that the mainstream press does not regularly call on President Donald Trumpto apologize for his more outrageous lies and remarks.

Wolf responded to some of her critics Sunday, reminding them that her jokes about Sanders attacked her behavior as the White House press secretary, not her physical appearance as many have concluded.

Griffin added to Wolf’s comments, saying Sanders was specifically attending the dinner to represent Trump, who skipped the event to host a campaign-style rallyamong his supporters.

“Stop acting like @michelleisawolf showed up at the playground and started making fun of Sarah Sanders in front of her children,” Griffin tweeted. “Sarah was there representing Trump, on the dais, at an event with a professional comic who was hired to do a roast.”

(Rebecca Shapiro is a Senior Editor at HuffPost[[ huffingtonpost.com]] … where this piece originated.)