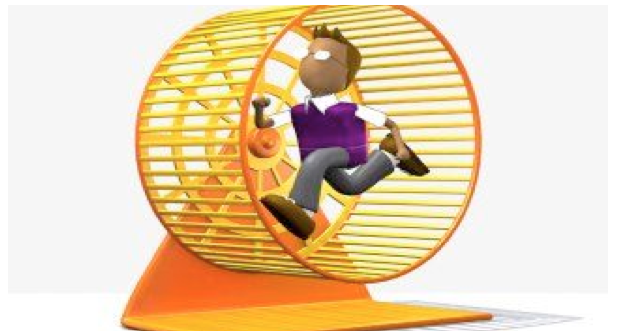 ANIMAL WATCH-LA Animal Services’ GM Brenda Barnette announced on the Department’s intranet messaging board on September 15 at 5:00 p.m., that new Assistant General Manager Derek Brown—hired in June--had resigned. Barnette stated that the job was “not a good fit” for him.

The job description clearly stated that the decision on hiring would be made by Brenda Barnette, and the person selected would serve entirely at the pleasure of the GM.

Derek Brown (not to be confused with Animal Services Asst. GM Dana Brown) is the fourth highly qualified and experienced AGM to leave abruptly during Barnette’s six-year tenure (plus the sudden recent resignation of impeccable Commission Secretary/Management Analyst II Rita Moreno, whose loss prompted a Commissioner to comment that he proposed a motion to not let her leave).

That’s a lot of high-level professionals who apparently were “not a good fit” at LAAS!

Derek Brown is a former 20-year LAAS employee who began as an animal control officer. He left in 2007, at the rank of Captain, to take on the responsibilities of Deputy Director at L.A. County Animal Care and Control. He remained in that position until, after a lengthy recruitment process, Barnette hired him as AGM to oversee field operations. He also appeared representing the GM at several Commission meetings. So, if, after three months on the job, he was “not a good fit,” it wasn’t because Derek Brown lacked experience or industry expertise.

Although he is a very private person, close friends and colleagues say that, soon after Derek’s appointment, he became concerned about---what I will call—a difference between his “management style” and that of Barnette and Director of Field Operations Mark Salazar.

Salazar was hand-selected by Barnette two months after her appointment in 2010. His experience as an animal control officer was very limited. Media reports (below) document his challenges as a manager after that and, according to L.A. City Personnel Dept., were known to Barnette.

Let’s take a look at the public management histories of both Brenda Barnette and Mark Salazar--whom Barnette frequently praises publicly--before and after they took over LAAS.

Brenda Barnette was appointed GM in September 2010; however, the hiring announcement was first made at a media conference on June 17, by former-Mayor Antonio Villaraigosa and Councilman Paul Koretz (who was involved in selecting her.)

Villaraigosa stated that, after a year-long, nationwide search, which he called “the most intensive he’s ever seen,” Brenda Barnette, CEO of the (very small) Seattle Humane Society, was most qualified out of a reported 120 candidates. Barnette, a WA resident, did not have the one mandatory prerequisite for the job--a CA driver’s license. She also had no prior animal-control experience.

Barnette, a self-described former dog breeder, had another position in Seattle. She was Legislative Representative for the American Kennel Club (AKC), which, she told the press, meant merely hitting the “forward key” when the world’s largest purebred dog-breeding registry sent her issues to oppose or support.

Brenda Barnette was beleaguered by labor issues at Seattle HS, according to an Oct. 20, 2009, media release by the Animal Control Officers’ Guild (ACOG), “The SHS with around 70 staff has had over 60 employees turnover in the last 18 months, this is over 75%! Staff fears this is not just the nature of the job but from a complete lack of attention to training, employee retention and morale by management leading to a lack of continuity in care of animals.”

On Oct. 10, 2010, GM Barnette announced to her employees (via the internal message board) that after an extensive interview process that included answering three essay questions in advance, answering two question at the interview, and an in-person interview, she had decided to hire outsider Mark Salazar as the Director of Field Operations (DFO) in charge of law-enforcement and field services. Barnette explained in the post, “My job, as your General Manager, is to lead and leaders do not always get to make popular choices….”

So, what was so special about Mark Salazar that would cause new GM Barnette to emphasize her “leadership” in hiring him, and bypass many experienced, fully qualified officers already managing field operations? (Although he is called “Commander,” for some undisclosed reason, Salazar has reportedly never worn a badge at LAAS.)

“It’s not the first lawsuit to allege harassment and other impropriety in the city’s code enforcement department. In 2008, five former employees sued the city and former code enforcement manager Mark Salazar, who they said harassed and discriminated against them based on age, sex and disabilities. (Emph. added)

“In those cases, workers alleged Salazar inappropriately touched them, made sexual and insulting comments to employees and retaliated when they complained, including sending three of them to work out of a dirty, dangerous metal shed in the city yard.

“A suit filed in March 2008 by Mary Furfaro, Todd Solomon and Steve Livings was settled in 2010. Livings, who had been fired, was reinstated to his job with back pay.”

Now, let’s look back at what was published about Mark Salazar in 2008.

Mark Salazar was verified as the code enforcement supervisor named in the following lawsuit:

Former Riverside code enforcement officers cite discrimination in suit – The article describes allegations against Mark Salazar of inappropriate touching, discrimination, harassment and retaliation, including having them work from a metal storage shed, with stored hazardous materials, no air-conditioning, no heating or drinking water. (These incidents allegedly occurred in 2005/2007.)  (The Press Enterprise, 3/19/08)

According to the City of Riverside, Mark Salazar “stopped working as a city employee in February and was given a contract as an advisor on code, which ended in August,” the article states.

Dispute grows over contract with Humane Society - Mark Salazar refused the request of the city which funds the Humane Society to perform an audit of finances in Oct. 2010... (LongviewNewsjournal.com, 10/14/10)

Humane Society director resigns - “Mark Salazar, executive director of the Humane Society of Northeast Texas, has resigned and will be returning to Los Angeles to work in that city’s animal services department.” (Longview News-journal.com, 11/24/2010)

Following is the short list of the Barnette/Salazar management-team decisions (and City embarrassments) since 2010:

8/5/2011 - LAPD, City Seize Guns at 6 L.A. Animal Shelters  Plainclothes LAPD officers are reported to have taken about 120 weapons, including shotguns, rifles and .38-caliber handguns from the six animals shelters, the LA Times explained, “The city's 75 animal control officers are issued firearms to kill wild animals that are too injured to transport to shelters.”

An audit was requested by Animal Services head Brenda Barnette, according to the Daily News.  Lt. Troy Boswell said they were unaware of any concerns. The police handed workers at the East Valley Shelter a note from Barnette and then took .38-caliber handguns from the premises. "We were given no explanation," he said.

10/21/2011 Phew! All of L.A. Animal Services Guns Are Accounted For, Audit Finds   “Thursday, officials announced the audit determined that all of the department's weapons were accounted for…”, the LAist reported.

“Each captain earns up to $75,000 a year. Each has been ordered not to speak with each other or the media.”

“The vending machines had been employed by the commanders since the 1950's to provide petty cash ($20-30/mo.) for shelter decorations, prizes and pizza for workers and volunteers. The practice was codified by the department in 2008. Barnette signed another amendment early last year granting captains permission to earn shelter money through recycling or machine vending, as long as they kept records,” the Daily News reported.

The captains were being investigated by the LAPD's Burglary Crimes Division, “their crime, explained to them by a police detective: They had eaten shelter pizza they'd helped buy by contracting for the vending machines.”

"We have a plan of action," Brenda Barnette told Daily News reporter Dana Bartholomew. "We have been working with the city psychologist on how to manage change."

Six Los Angeles Animal Services captains returned to work this week after being cleared of any wrongdoing for improper vending machine contracts during "Pizzagate”…. The cost of their combined paid leave: $426,000…,” the Daily News announced, adding, “Barnette did not return calls for comment.”

“The on-going tragic implosion of Los Angeles Animal Services continues in an undated communication from General Manager Brenda Barnette, entitled, “Graveyard Shift Change for Animal Services,” … She states, “At the end of this month, Animal Services will not have Animal Care Technicians (ACTs) in the shelters from midnight until 6 AM…”

After supporting an ordinance to prohibit pet stores from selling puppies, kittens, dogs or cats from puppy mills or local breeders, former dog breeder Brenda Barnette, issued a report…recommending that the Department stop spaying late-term pregnant dogs and foster them with rescuers or fosters until the puppies are eight weeks old, when they would be returned to LAAS to be adopted out for additional revenue.

When questioned about this, Marc Peralta, Director of Best Friends-LA, wrote back to advocate Daniel Guss: “Mary Alice Davis is not an adoption coordinator, rather she is the foster care coordinator at our pet adoption center in Mission Hills….While Best Friends always advocates adoptions from shelters or rescues for those looking for a pet, we do acknowledge that there are responsible and caring breeders (with definitions attached). Mary Alice falls into the category of responsible breeders. (October 8, 2013 e-mail from Marc Peralta, Director of Best Friends-LA)

On September 16 the City Council’s Personnel and Animal Welfare Committee heard a dismal report on the condition of LA Animal Services’ fleet of Animal Rescue Vehicles (ARV’s.) None of these animal-collection trucks have been replaced since 2000-2003, according to General Services Asst. GM Angela Sherick-Bright and Fleet Services Manager Richard Coulson.

These high-mileage trucks are driven by solitary Animal Control Officers to animal-related emergencies and humane investigations, 24/7, throughout the 469 square miles of urban and rural Los Angeles. Following are a few of the alarming ARV mechanical/equipment failures that have been reported by officers...(read more)

A Pit Bull named Sammy with a prior record of repeated aggression, and who had just bitten a Los Angeles Animal Services kennel worker in the abdomen, was released on April 28, 2016, to NovaStar Rescue, at the personal instruction of LA Animal Services General Manager Brenda Barnette.

On May 15, Los Angeles Fire Department and LAPD responded to a house near downtown LA at approximately 9 p.m., where a pit bull was attacking a woman who “was visiting the dog to determine if she wants to adopt from the rescue who had been fostering the dog.” That dog was later identified by LA Animal Services as Impound #1608123, “Sammy.” “Sammy” was alive but had been stabbed 19 times by a neighbor who heard the victim screaming.

Unfortunately, these are just a few of the alarming and embarrassing public 'errors' made by Brenda Barnette and Mark Salazar. It is unforgivable for taxpayers to pay for this gross mismanagement and for LA’s homeless animals to be victimized by the waste of LA Animal Services $46-million budget designated for their care.

Maybe “not being a good fit” with the current upper-management status quo at LAAS is a good thing!

But this begs greater questions: Is anyone managing the City of LA? And, why is this undisputable history of incompetence being allowed to continue?