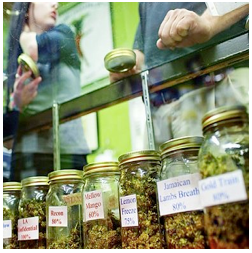 FIRST PERSON-I'm a terrible waitress. I know this because I’ve been fired from every waitressing job I’ve ever had, and this is not a great thing if you’re an unemployed actor who needs a rent-paying gig that offers both flexibility (for auditions) and enough cash to keep you afloat (between acting jobs).
It was 2006, and I was stuck between a rock and a hard place. But then a major TV network flew me from New York to Los Angeles to screen test for a sit-com pilot, and I landed at LAX with $500 to my name and a certainty that THIS was the gig that would finally put me on top. No more scraping by, living week to week, this was IT. Capital “I” capital “T”: IT.